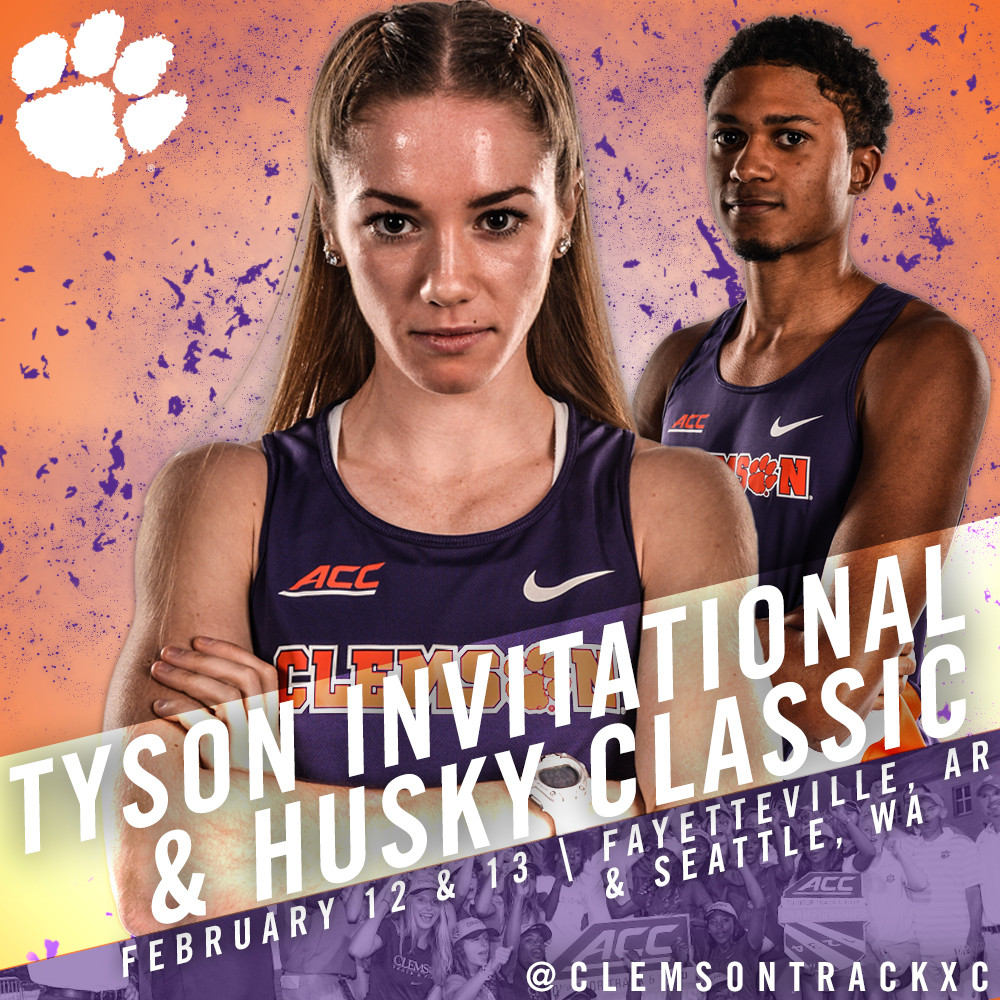 CLEMSON, S.C. – The Tigers will compete in one of the most prestigious meets of the indoor season when they arrive in Arkansas for the Tyson Invitational. (–/No. 25) Clemson will square off with a total of 32 schools and 28 ranked nationally ranked programs on February 12 and 13 at the Randal Tyson Track Center.

Head coach, Mark Elliott will also send Grace Barnett, James Dwyer and Kaley Ciluffo to Seattle, Washington for the Husky Classic that is also taking place on February 12 and 13. Dwyer will run the men’s 5,000 meter run on Friday night while Barnett while compete in the 3,000 meter run and Ciluffo will run the mile on Saturday.

Barnett and Ciluffo kicked off what was an impressive showing at the Charlie Thomas Invitational last weekend as the Tigers combined for four times worthy of the Clemson record book, eight times ranking in the NCAA’s top 25 in a respective event and 16 personal bests.

Barnett shattered a Clemson record that had stood for three decades to win the mile in a field of 38. The Pawleys Island, South Carolina, native crossed the finish line nearly a full second faster than the previous record of 4:38.30, and was just .03-seconds short of the meet record. She clocked in at 4:37.32 to win the event and walk away with the eighth fastest time in the country.

Ciluffo ran the seventh fastest mile in program history in her first individual collegiate race. Ciluffo finished in fourth place at 4:45.75 after she assisted the women’s distance medley relay team to a first place finish the night prior. She ran alongside Markeeta Thomas, Imani McGowan and Katie Fortner for a combined time of 11:43.98. Fellow freshman, Ersula Farrow ran the eight fastest time in Clemson history with her 2:09.64 in the 800 meter run.