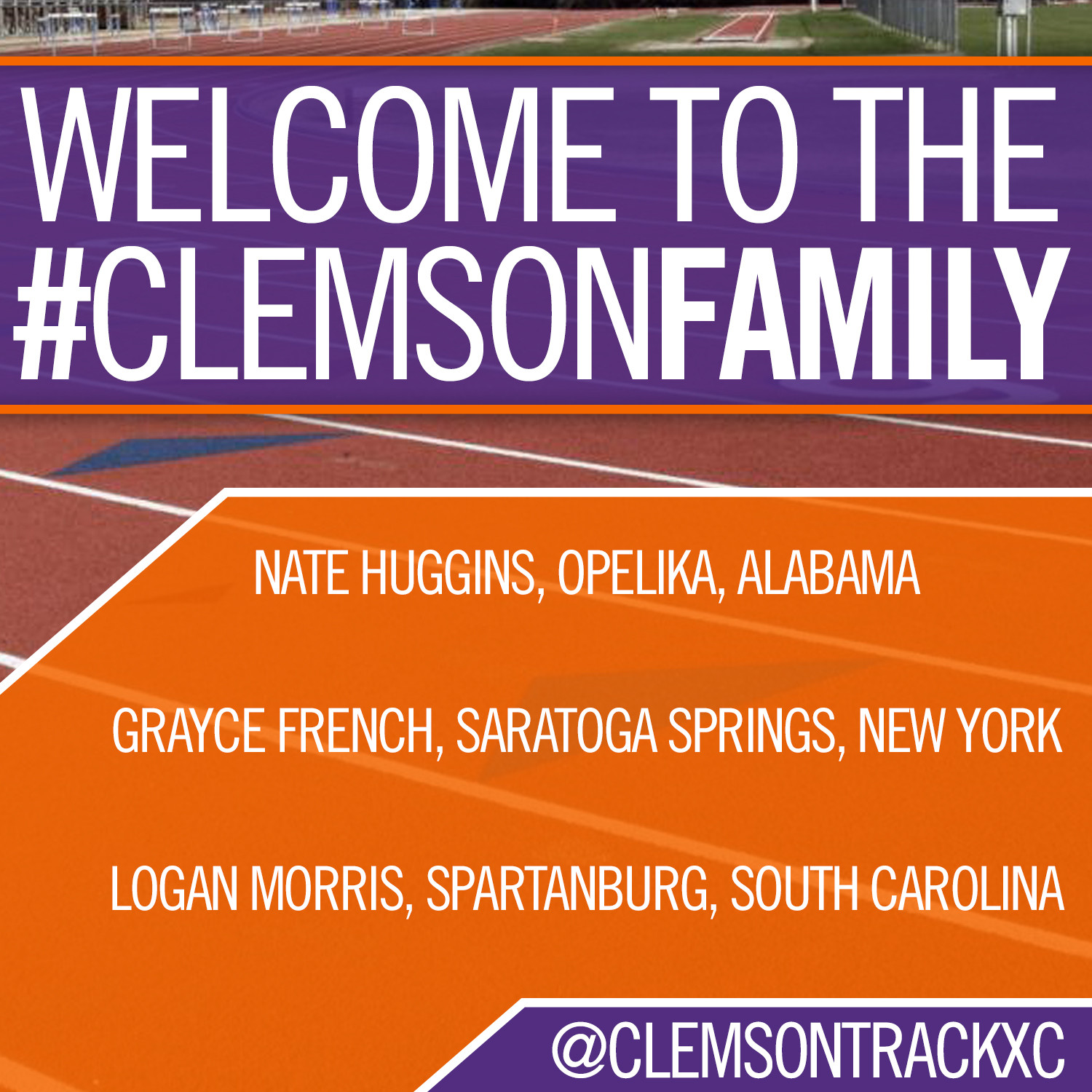 CLEMSON, S.C. – Head coach Mark Elliott announced the signing of three highly touted incoming freshmen scheduled to join the track and field program in the fall of 2016. Nate Huggins, Grayce French and Logan Morris are the first three additions to the incoming class.

“When you sign three of four kids, it shows the depth you have currently in your program,” said Elliott. “You’re not trying to go out and sign 10 to 12 kids every class. There are still a few athletes out there we want to try and sign in April. But overall, we’ve added three great additions to our teams.”

Elliott’s Take: “Nate is a young Tevin Hester, based on his personal bests as a senior in high school. This is Tevin’s senior year, so it’s good to have an up-and-coming athlete behind him to help offset his graduation. He’ll be a mainstay in the 100 and 200 meters. It’s an addition that we needed to have, and it’s great he’s chosen to compete for Clemson.”

Elliott’s Take: “We’ve worked really hard to try and get the throws unit going. She’s more of a shot put and discus thrower, based on her build. By putting her with Coach (Robert) Weir, he thinks she could be one of the most talented throwers in the class. If she blossoms into the level he sees her, she’ll be at the national meet. We want to have a balanced team, and she helps us fill out an area where we have been lacking.”

Elliott’s Take: “I’m no expert on this state, but based on what I’ve read and seen, she’s one of the best distance runners to come out of South Carolina in a long time. Her time stacks up nationally with other great high school runners. It’s always great to keep in-state talent at home. In this case, we were fortunate to do that. She and her parents saw our genuine commitment to cross country and distance running.”