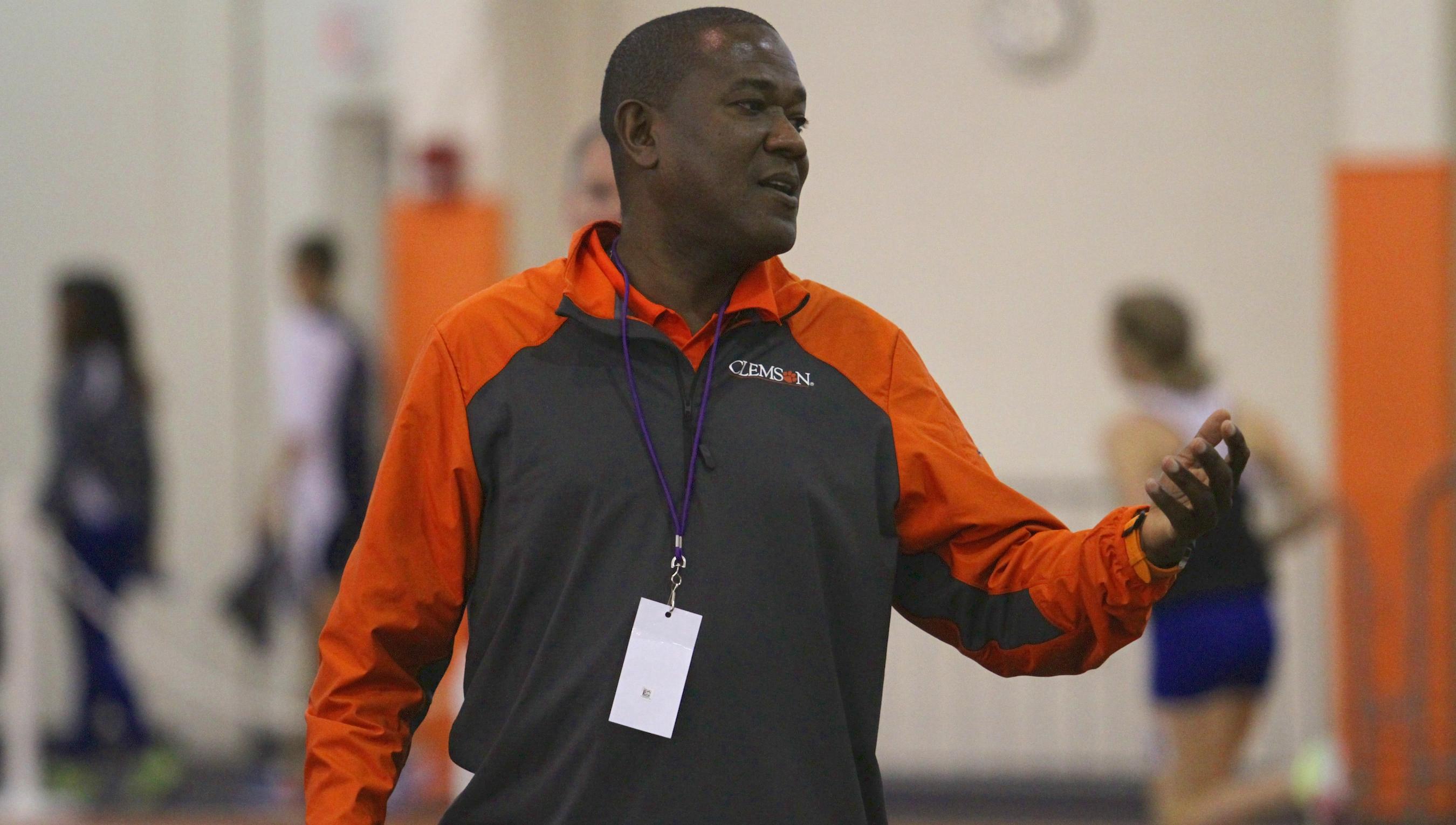 CLEMSON, SC – Head Coach Mark Elliott and the Clemson track & field coaching staff announced the signing of nine athletes to national letters of intent and one mid-year enrollee on Monday. The nine athletes include seven women and two men representing seven different states. The men’s class includes a middle distance runner and sprinter. The women’s class consists of three sprinters, a hurdler, three distance runners and a thrower. The mid-year enrollee, Olivia James, will begin competition during the 2014 outdoor season.

Below is a Q&A with Coach Elliott on the overall signing class.

Q: Overall, it appears as though you and your staff addressed some areas of need despite a late start in the recruiting process?Elliott: “I’m not one to make excuses. We did start late, but this class is not only a testament to the coaches we have, but also benefitting from the history of the program. It’s not just that we’re expert recruiters; we do know how to recruit. But it was a combination of everything – the history of Clemson track & field, the prospects all visited and saw the facilities, they listened to my vision and their event coach’s vision. We’re hopefully signing some top kids who can help us down the road for sure.”

Q: Was a heavy focus on sprints your intended starting point with recruiting?Elliott: “The bottom line is we needed to replace the nucleus of the team. Some athletes turned pro and others moved on, so we need to replace that. You have to cover those areas. But you also have to work with your niche. We’re trying to get the middle distance and distance group started from a national level. It’s the same thing in the throws, that’s why we signed a female thrower. You see a very good miler on the women’s list, so hopefully we’ll have a really good DMR next year. We touched areas across the board, but we also had to work around the scholarships we had available. It’s not an exact science. You have to use the money the right way to piece it with what you have already here, and then you coach them up.”

Q: Do you anticipate signing any athletes late on the men’s side?Elliott: “We didn’t have many scholarships available. We only have a couple of seniors. We needed a good quarter miler. Jeffery comes to us from Miami Northwestern High School, which has a great history of quarter milers. He will be one of the top high school kids this season, so our goal is to build around him and recruit a good half-miler that can also run on the 4×4. I don’t want to just frivolously sign people, you want to know you’re signing kids who can contribute for years to come.”

Below is a biography on each signee.

Elliott’s take:“I finally got a chance to bring Chad in on a visit. He’s a lot like Elizabeth on the women’s side. You want to make sure you can keep some of the good kids in state, the ones that want to stay. Somebody like Chad has a lot of potential, and hopefully can contribute a lot. When that happens, it makes it easier to recruit around the state because kids can relate to Chad and Elizabeth. Both will, in time, contribute to the program.”

Elliott’s take:“Jeffery is like Deja on the men’s side. He will be an anchor on the team and develop into a national runner. He will help us in the 200 and 400. We hope to build on that and pair some guys with him and what we have here, and hopefully build the men’s program toward that national level soon.”

Elliott’s take:“We have a decorated coach in the throws. Our goal with signing Danielle is to find someone within a year or so we believe can be at the national meet. We’re happy to sign her, and get that event group moving in the right direction. On the men’s side, we can build around James (Plummer). By signing Danielle, we think we can continue to attract good athletes like her to the program.”

Elliott’s take:“Locally, Elizabeth comes from a die-hard Clemson family. Her parents work at Clemson. I see her running all the time. Part of my goal is to make it hard for the best kids in the state to leave. A lot of them grew up Clemson fans and want to go to school here, so I think Elizabeth will come in and over time help us in cross country and on the conference level.”

Elliott’s take:“Katie has run a 4:49 mile, and that’s really good. Having good quarter and half-milers, we’re looking to have a good DMR indoors that can get to the national meet and score. They do award points in distance, not just the sprints. We’re trying to get points across the board. As the head coach and the distance coach, I want to make sure we have athletes we can coach up in that area. Katie is a huge signee.”

Elliott’s take:“Olivia has a great deal of international experience that will help her have an impact on our program almost immediately. With her and Marlena (Wesh) running this outdoor season, we will have a formidable 4×4 right away. Olivia is the type of athlete you can build around in the quarter mile. She will help us compete on the national level for years to come.”

Elliott’s take:“Katie’s dad is a Clemson alum. She’s right at five minutes in the mile. Her build, and with the aspirations she has for herself, reminds me of someone we’re red-shirting this indoor season, Grace Barnett.”

Elliott’s take:“Deja is big-time. She’s from a family that understands the sport and is one of the top high school quarter milers from the state of Florida. She’s a smart girl and knows what she wants. If she progresses the way we believe she can, she’s the type of athlete that can win a championship for us. When you couple her with our mid-year freshman that just came in, Olivia James, we’re looking good on paper. Add in Malayshia George, and we’ll be very good in the quarter mile. Even if we didn’t sign anyone else, she would be a good anchor to sign with this class.”

Elliott’s take:“I’ve known about Torie because I have coached athletes from her area. I believe she will contribute surely on the conference level, but she can also bridge the gap on the national level. She’ll be running possibly on the 4×1, definitely the 4×4. She can run the 400 hurdles; that’s her signature event. She can also run the short hurdles. From a conference standpoint, she is that all-around type of athlete you want. With the limitations on scholarships, you have to have athletes that can do multiple events. She’s one of our big signees.”

Elliott’s take:“I’ve recruited from her area, as have Coach Gibson and Coach Thomas. She was a little bit of a sleeper at first. We went hard after we spoke to her parents, and to people from her area that know her. She has a lot of talent, and is proving it this indoor season. The dynamics between her family and us seem to work well. She will hopefully be one of those athletes that make you say later, ‘Man, you guys have good eyes.'”