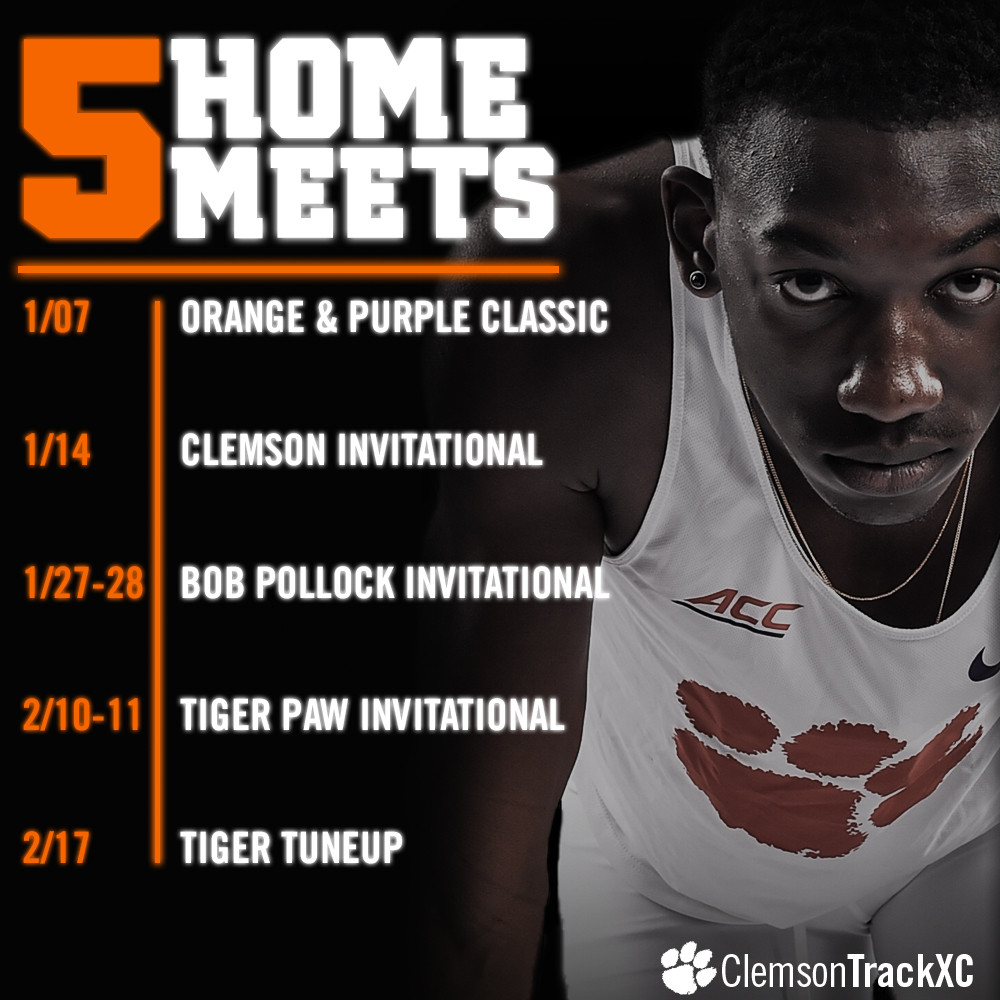 CLEMSON, S.C. — Five home indoor meets on a newly banked track highlight Clemson’s 2017 competition schedule, announced by head coach Mark Elliott on Thursday. The Tigers are set to begin running on the new surface at the Orange & Purple Classic on January 7, and will compete in four additional meets at the indoor complex prior to championship season.

“Our track will be one of the fastest indoor surfaces in the country, with all the new bells and whistles to go with it,” Elliott said. “It’s exciting for the student-athletes, who will get more time on campus during indoor season to focus on academics. It’s also a plus for coaches, who will get to be at home a little bit more than normal.”

The outdoor season sees the return of the ACC Championships to Atlanta, Ga., and Georgia Tech’s George C. Griffin Track on May 12-14.

“Georgia Tech always has great meets, and the staff does a great job,” Elliott said. “We seem to perform well there, and I’m sure a lot of it has to do with our proximity to Atlanta.”

The NCAA East Preliminary Round is set for May 25-27 in Lexington, Ky., with the championship rounds again held in Eugene, Ore., from June 7-10.

“I don’t think any of our athletes have experienced running on Kentucky’s track, but it was recently renovated and is a great facility,” Elliott said. “This year, I truly believe we have a good shot at the championship meets as long as we are fortunate with injuries. We have the ability to put a good product out there.”