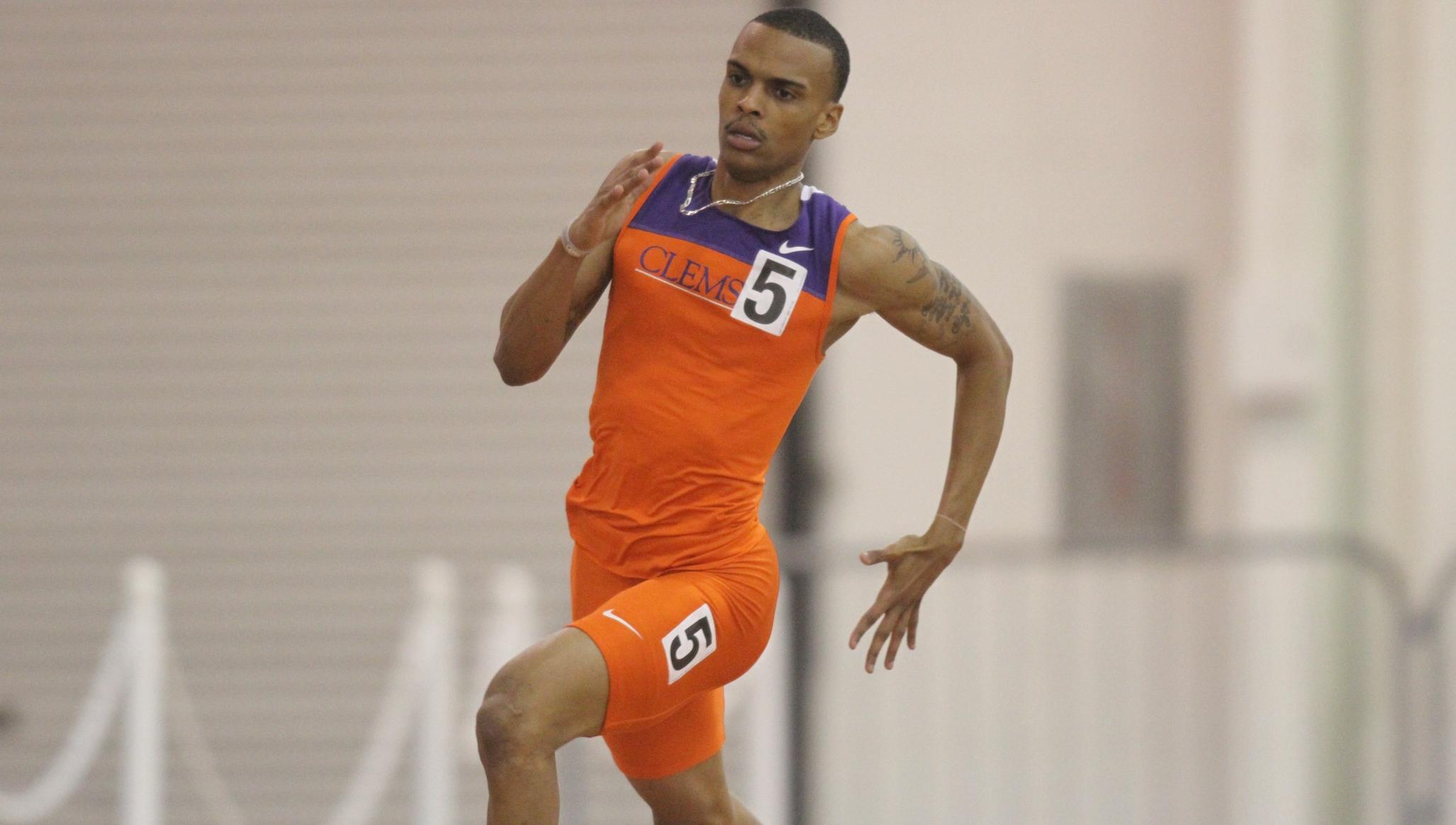 CLEMSON, SC – Clemson track & field will hit the road this weekend for the first time in the 2012-13 indoor season, as its men’s and women’s teams will travel to Birmingham, AL to compete in the Auburn Invitational. Saturday’s meet will once again be held at the Birmingham CrossPlex, which features a 200-meter hydraulic banked track.The action will start with the women’s weight throw, featuring one of the nation’s best in senior Brittney Waller, at 9:00 AM. The men’s weight throw will follow at 11 and will feature Clemson’s Marcus Brown and Cory Thalheimer for the first time this season. At 11:30 AM, the men’s and women’s long jump is slated to get underway. Jasmine Brunson and Whitney Fountain are among the jumpers scheduled to compete for the Tigers.The first track event will be the women’s 60-meter dash prelims, held at 1:00 PM. Dezerea Bryant, the national leader and Clemson record-holder after running a 7.19 last weekend at home, will headline a group of four entries for the Tigers. Bryant won the 200 dash at the Auburn Invitational last season as a freshman. She will not compete in the 200 this year, however. Tevin Hester and Reggie Lewis will follow in the men’s 60 prelims.The hurdle prelims start at 1:40 PM. Clemson will send a group of five women’s hurdlers into action, including 2012 NCAA bronze medalist Bridgette Owens, who will make her season debut. Brianna Rollins, who set an NCAA record in the event last weekend, will only run the 200 dash on Saturday. The men’s 60 hurdle prelims are slated for 2:00. Spencer Adams, national leader in the event and runner-up in this meet a year ago, is slated to compete for the Tigers.Ty McCormack makes his return to the Tiger lineup on Saturday. The Gainesville, GA native sat out the cross country season in the fall due to a study abroad program, but he will run both the mile and 3000 meters on Saturday. The mile is set for 3:45 and the 3K will be held at 7:00. Aaron Ramirez will join him in the mile, and will also run the 800 meters at 5:15 along with seven other Tiger entries.The women’s 400 will take place at 3:50, followed immediately by the men’s 400. Last week, Citadel transfer Brunson Miller ran 47.82 to claim the win at the Tiger Challenge. He will run alongside La’Mont Jackson again on Saturday in the event.Rollins will lead a group of six entries in the women’s 200 dash at 5:30. She will be joined by classmates Stormy Kendrick and Brittany Pringley, as well as Owens and freshman Valencia Hannon. The men’s team is scheduled to run seven individuals in the 200, led by freshman sensation Hester.Clemson will field a pair of entries in the women’s 3K at 6:40 PM, including Kate Borowicz. The Tigers will also compete a women’s distance medley relay at 7:10 and multiple 4×400 groups at 7:40.Other field event action from Saturday will include freshman Mimi Land in the women’s triple jump (3:30) and high jump (4:00). She will be joined by 2012 indoor All-American Jasmine Brunson in the triple jump. The men’s triple jump and women’s pole vault will also start at 3:30. Shai Carpenter, who was runner-up in this meet a year ago, will make his season debut in the triple jump.