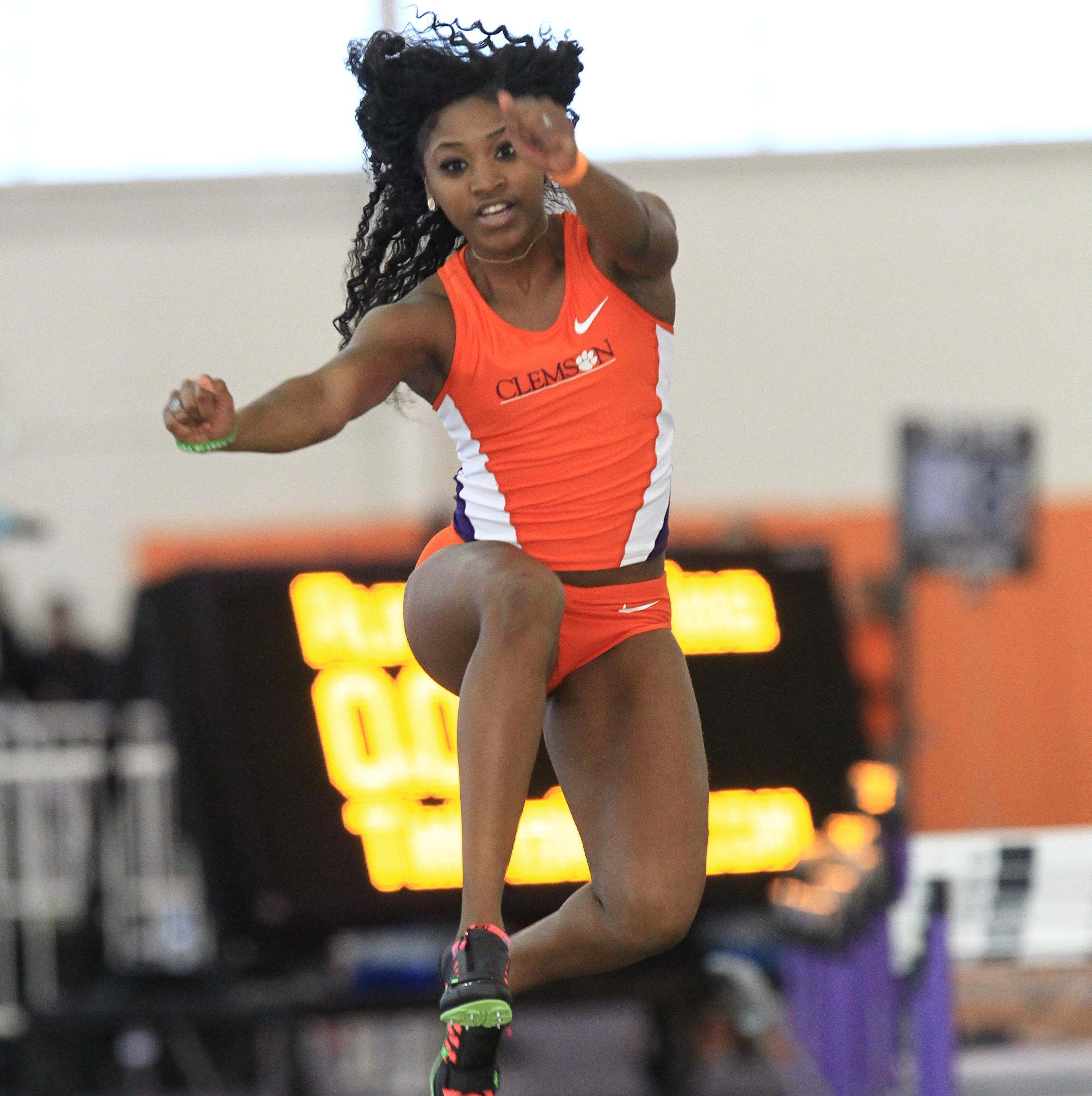 CLEMSON, S.C. — Following a successful home indoor opener, the Tiger track & field teams hit the road for the first time in 2015. Clemson is set to compete against approximately a dozen schools from the Southeast region Friday and Saturday at the Virginia Tech Invitational, held in Rector Field House.

Friday’s action features the short sprints and high hurdles, as well as various mid- to long-distance races. Tevin Hester, reigning ACC Men’s Track Athlete of the Week, runs the prelims for the 60-meter dash at 5:50 p.m. Hester ran 6.64 to open the season last weekend in Clemson.

Samantha Elliott starts the action in the women’s 60 hurdles at 5 p.m., while another newcomer, Georgia transfer Myasia Jacobs, is set for the women’s 60 dash at 5:40. Jacobs ran a personal best 7.42 last weekend, which ranks among the national lead.

Also on the track, Natoya Goule leads a host of distance runners Friday. She is slated for the 1000 meters at 8:05, where the school record of 2:52.40 set by Alyssa Kulik in 2012 could be in jeopardy. Goule has run two minutes flat in the 800 meters.

The events start early and often Saturday, led by the men’s high jump at 11 a.m. Torian Ware is expected to see his first action of the season. Ware is a former second-team All-American in the event. Other field event standouts expected to compete Saturday are Iana Amsterdam and Mimi Land on the women’s side, and James Plummer in the men’s shot put.

The final day of track action starts with the open 400-meter dash at 1 p.m. Both relays will be held Saturday as well, including the 4×400 to finish the meet beginning approximately 3:40. Both of Clemson’s groups rank among the nation’s top 10 early in the season.