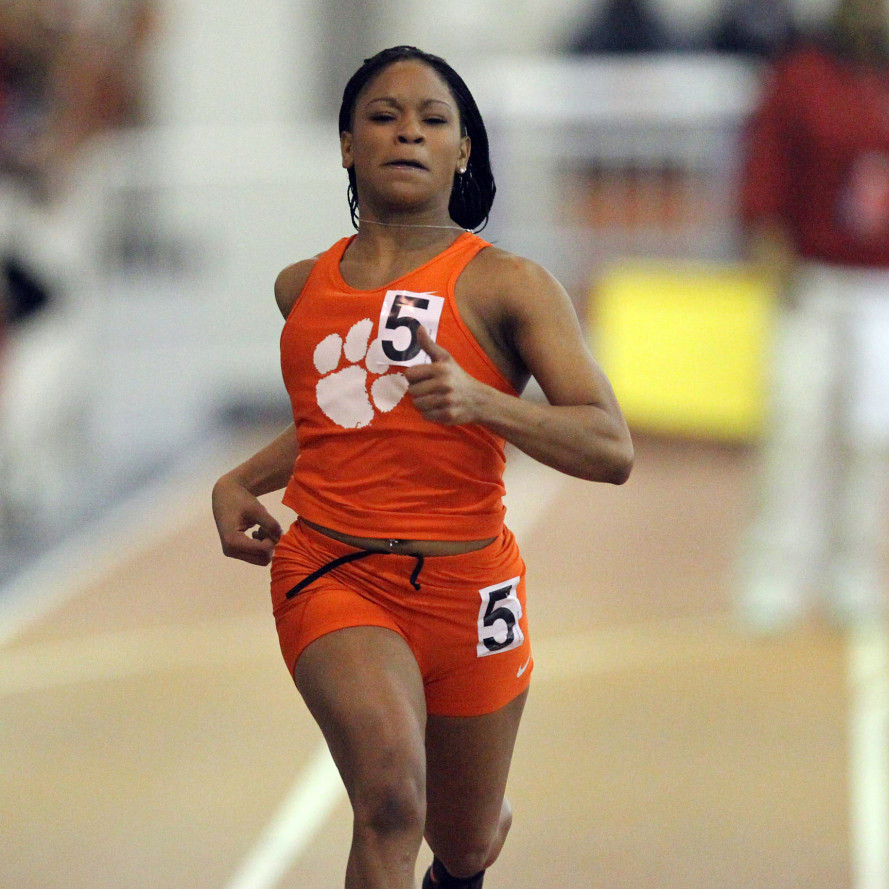 CLEMSON, S.C. — Clemson closed out the second day of the Virginia Tech Invitational with six total wins on Saturday. Natoya Goule topped Clemson’s history books in the 400, while Tevin Hester made his mark in the 200 to highlight the individual action.

Goule posted a time of 53.68 to take first place in the 400-meter dash, topping Shenita Wilson for the fourth-place spot in Clemson history. Her performance gives her the No. 3 time in the country. Nia Fluker clocked in at 54.93, taking second overall and good enough for 10th in the nation.

Hester took the 200-meter title, posting a time of 21.17 and besting Jacoby Ford’s ninth-place time in the Tiger record books. His time also gives him the No. 5 spot in the country, while Hadley’s 200 win at 24.15 gives her the No. 7 spot. Myasia Jacobs finished second place in the women’s 200, with a personal best time of 24.42. Deja Parrish finished fourth.

The Tigers notched seven additional top-five finishes in field events on Saturday. Mimi Land took second in high jump (5-9.75) and third in the long jump (20-1.75). Sarah Maxson took fifth in the high jump (5-6.00) in her first Clemson appearance, while Iana Amsterdam was fifth with a personal best in the long jump (19-9.5).

On the men’s side, Torian Ware took second place (6-10.25) in the high jump while Jalen Langston came in fourth (6-8.25). James Plummer posted a personal best of 52-6.75 in shot put to take fourth and round out the efforts in the field.

The Tigers return home next weekend for the Bob Pollock Invitational, Jan. 23-24 in Clemson.