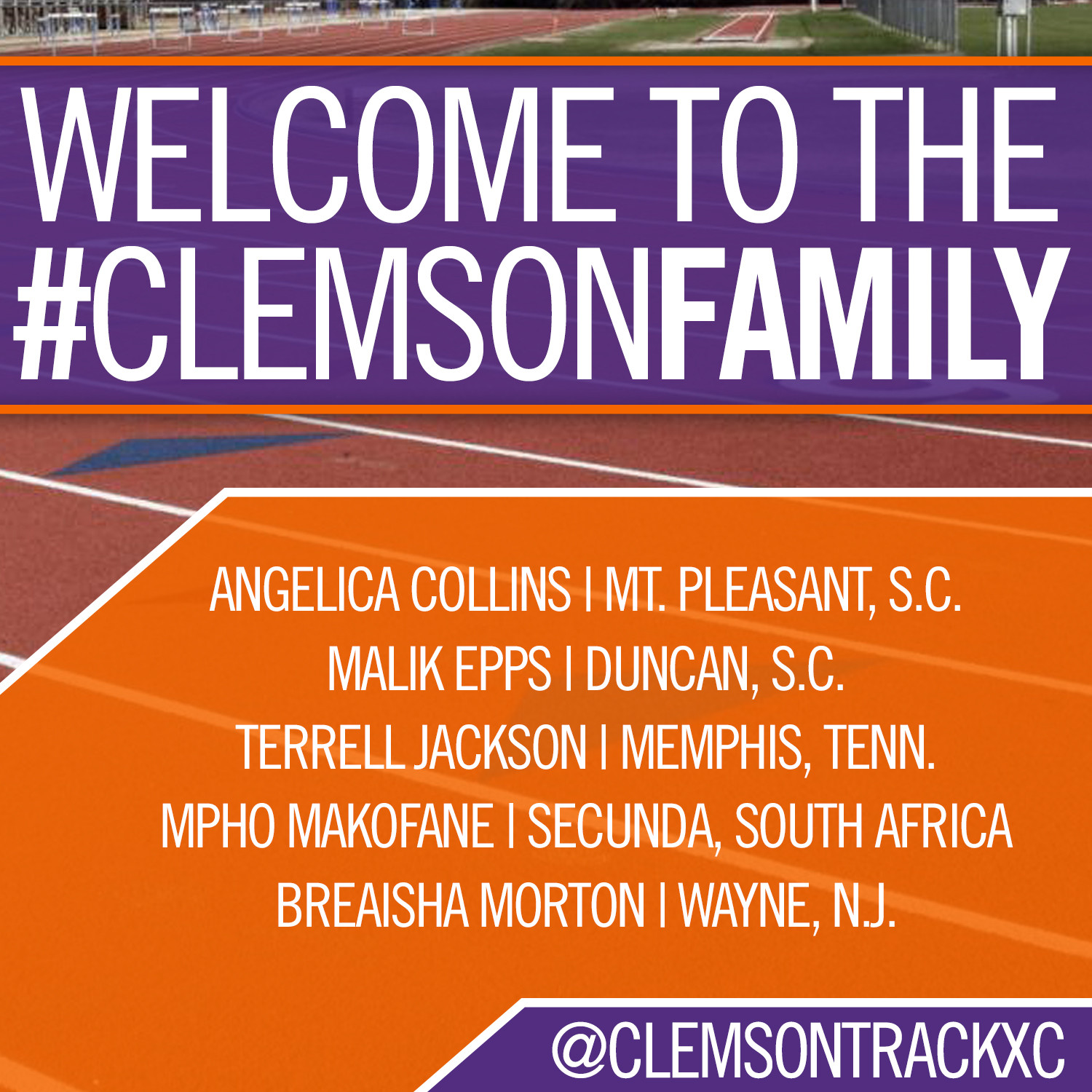 • Competed at Wando High School, where she was 2014 AAAA triple jump champion and long jump runner-up

Elliott’s take: “Angelica is another dual-threat athlete, as it relates to jumps and short sprints. She gives us a chance to maximize multiple events with one scholarship. We can cover two major event areas with someone like Angelica.”

Elliott’s take: “Malik’s parents are huge Clemson fans. He’s shown that he has talent, and with him it’s a matter of developing over time. He could surprise a lot of people, if it turns out the way we are hoping. We expect him to be successful in the future.”

• Posted a personal indoor best 1:52.28 in a win at the Vanderbilt Invitational

Elliott’s take: “Terrell is a 400-800 guy, much like John Lewis who signed with us last season. He is one of the top high school kids this year, and is someone I know will be able to help build our strength in the middle distance area.”

• Placed fourth at 2016 NJCAA Indoor Championships in the 800 meters

Elliott’s take: “To be competitive on the national level in the distance medley, like we were this year with our women’s team, you must have a competitive miler. Mpho, based on his background and his 800-meter time, is someone that can develop as a great mile runner in a short span.”

• Junior college national champion in the high jump, while also finishing fourth in the 60 hurdles and fifth in the triple jump

• Competed for Passaic County Technical Institute prior to junior college

Elliott’s take: “I went to the Junior College National Championships, and saw Breaisha involved in three events simultaneously. She was winning the high jump and was top three at the same time in the short hurdles and triple jump. She’s 5-foot-11, a tall athlete with a lot of talent.” 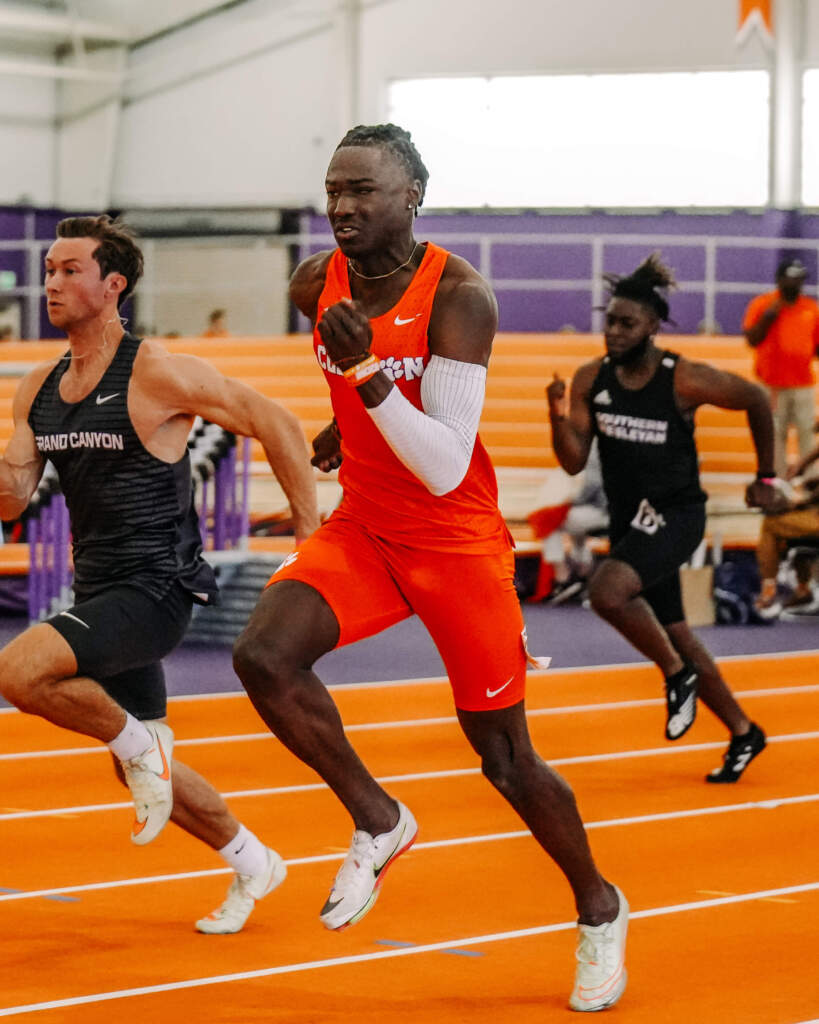