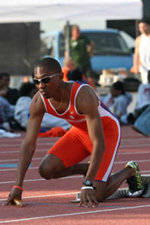 Track And Field To Host Solid Orange Classic On Saturday

The Clemson track and field teams will compete in the inaugural Solid Orange Classic on Saturday at the Rock Norman Track and Field Complex. The meet will feature Clemson, College of Charleston, Davidson, East Carolina, East Tennessee State, Furman, Georgia, Georgia Southern, Lees-McRae, Morris, Oglethorpe and Western Carolina. Saturday’s meet will get underway at 10:00 AM with the men’s hammer and women’s javelin competitions. The running events are slated to begin at 1:00 PM with the men’s shuttle hurdle relay. This will be the final meet for the Clemson track and field teams prior to the ACC Championships, which begin April 21 in Tallahassee, FL.

Included in the women’s field are the following Clemson track and field athletes. In the 100m dash, Danielle Whaley will compete for the Lady Tigers, and she will be joined in the 200m dash by teammates Jessica Earp, Jessica Earp, and Bradshaw and Clark will be joined by Mikaela Patterson, Krystal Woods in the hammer throw. Patterson, Porter and Woods will also compete in the javelin throw, and Christina Moore and Woods will contest the javelin.