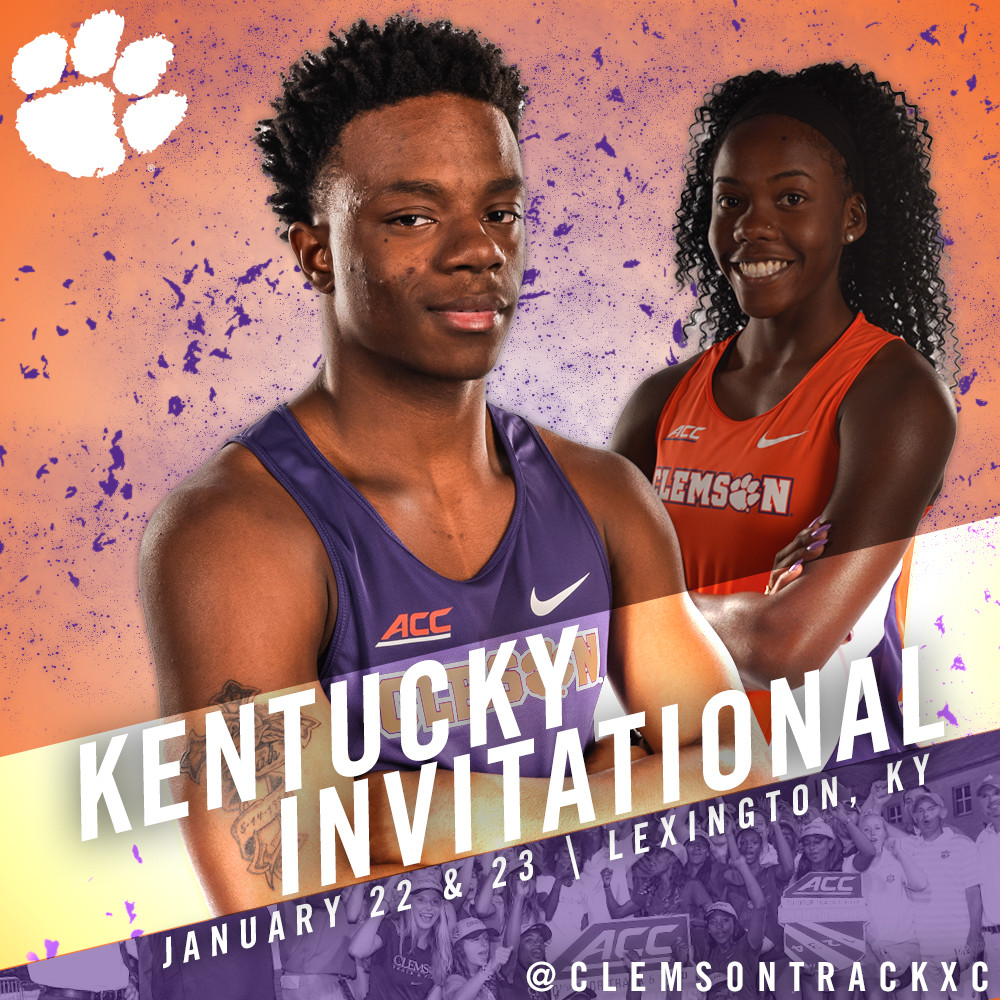 LEXINGTON, Ky. – For the second weekend in a row Clemson is on the road however, this time one of its toughest tests of the indoor season awaits the Tigers in Lexington, Kentucky on January 22 and 23. The Kentucky Invitational will feature six nationally ranked women’s programs and four nationally ranked men’s teams.

Florida and Georgia highlight the field of 13 teams as both programs hold the highest rankings of the meet. Florida’s men currently own the top spot in the nation while its women are now ranked as the No. 6 team in the nation. Georgia’s men also own the six spot while their women are No. 2.

Clemson has made waves in its first two meets with seven individual efforts worthy of the program’s all-time record book and five of which came from the women’s team. After running the 10th best time in Clemson history in the first weekend, Sabria Hadley dropped a 7.36 in the 60 meter dash to moved up to seventh all-time at the Virginia Tech Invitational.

The other four top women’s marks came in Blacksburg as well. Ersula Farrow finished the 1,000 meter run in 2:48.57 which stands as the second fastest time in Clemson history. Grace Barnett wasn’t far behind in the race with the fourth fastest time in the program’s history, clocking in at 2:51.00. Deja Parrish crossed the finish line in the 300 meter dash at 37.93 for the third fastest time by a Tiger and Tanisha Coppin ran a 1:12.95 in the 500 meter dash to slide into fourth on Clemson’s all-time list.

For the men, Jordan Pickerel threw a personal best, 57-2.25 in the weight throw to earn the ninth best distance in program history while Cordell Lamb ran a 33.64 in the 300 meter dash for the third fastest time in Clemson’s history.