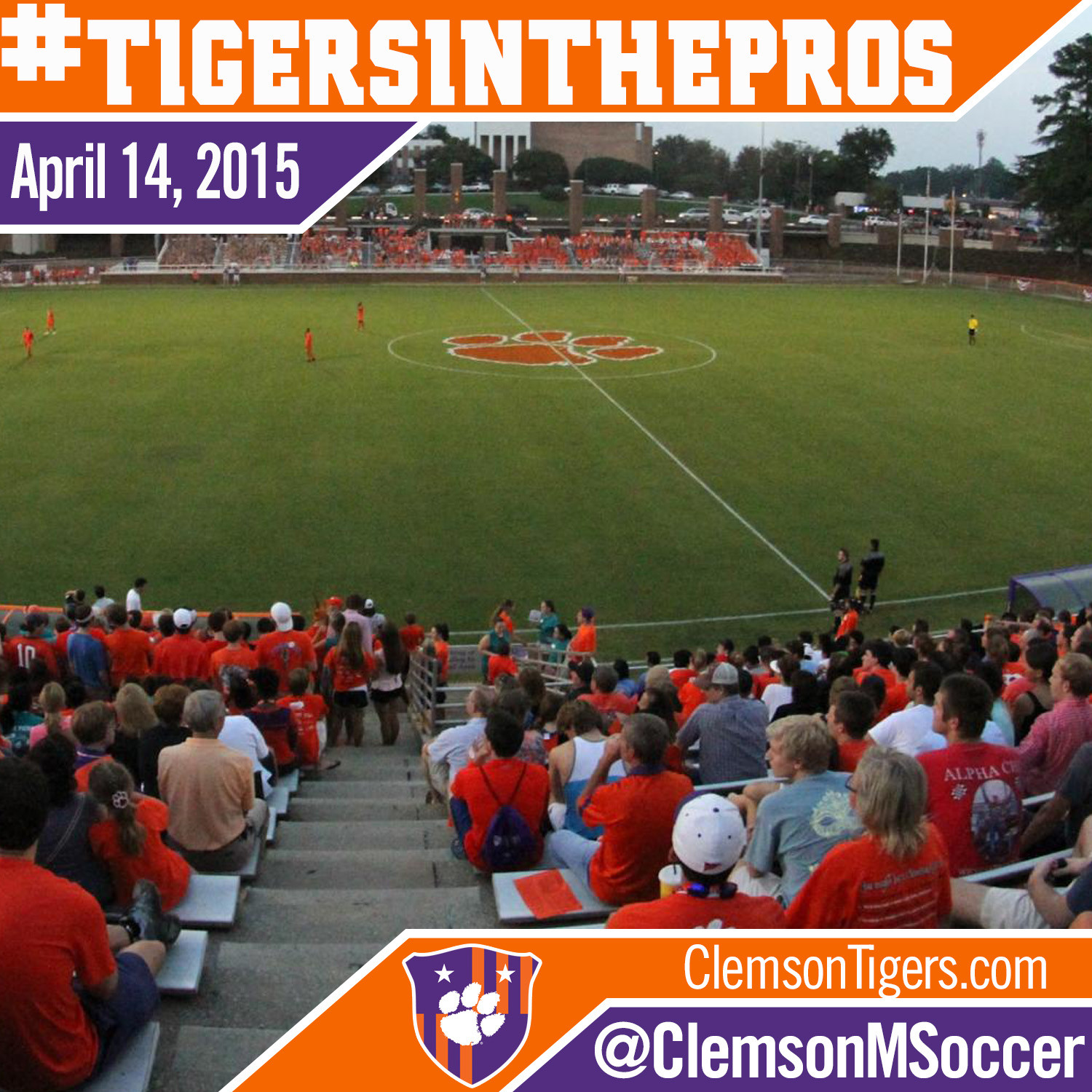 This week’s edition of Tigers In The Pros looks at several former Clemson players who met on the pitch in various professional leagues around the country this week.

Manolo Sanchez, a 2014 graduate and member of the 2014 ACC Tournament champion Clemson team, is playing with the New York Red Bulls II, a lower level team affiliated with Major League Soccer’s New York Red Bulls. The Red Bulls II met the Wilmington Hammerheads on April 12, a 3-0 loss, New York’s first setback of the season. Sanchez started that contest for NYRBII. Tommy McNamara, a member of the 2013 Clemson team, played with Wilmington and had a chance at the goal early in the first half, but NYRBII’s goalkeeper knocked the ball over the crossbar to prevent a score.

Toronto FC, the home of former Tiger goalkeeper Joe Bendik, will see it’s first action since April 4 this Saturday at FC Dallas. Bendik has started every match in goal for Toronto this season.

Nathan Sturgis, another former Clemson player on the Houston Dynamo’s roster this season, has started in four of the team’s six contests thus far. He’s scored one goal on five shot attempts.

Phanuel Kavita, another member of Clemson’s 2014 ACC Tournament championship team, started for the Real Monarchs, an affiliate of Real Salt Lake, in a 1-0 loss to Switchbacks FC on Saturday.

Amadou Dia, a teammate of Kavita and Sanchez during his time at Clemson, has seen a full 90 minutes of action in two games since being selected 20th overall by Sporting Kansas City in January.

Check out our new weekly series, Tiger Assists! Each week, we’ll take a closer look at some notes or stats from this past season and our tournament run. Check for a new one every Monday!

And check back next week for more updates from a weekend full of action. And follow @ClemsonMSoccer on Twitter for updates throughout the week!