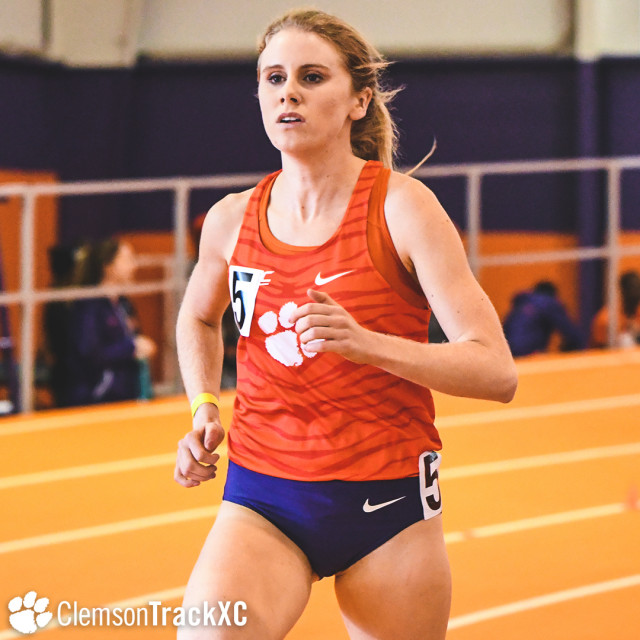 CLEMSON, S.C. – The Tigers’ track & field team wrapped up the Clemson Invitational Saturday at the Clemson Indoor Track & Field Complex. The meet was highlighted by eight top-3 finishes and a world record shattered in the men’s 60m dash Friday.

In the final event of Friday’s action, Christian Coleman, a double silver medalist at the World Championships and former sprinter at the University of Tennessee, set the world record in the men’s 60m dash. Coleman, who ran unattached, posted a blistering time of 6.37 seconds. If ratified, his performance would take 0.02 off the world record that was set in 1998, and then equaled in 2001 by Maurice Greene.

On Friday, sophomore Rebekah Smith won the women’s 60m dash preliminary with a personal best time of 7.26 before bowing out of the finals. Her time in the event is the top time in the ACC and exits the weekend at No. 4 in the NCAA. Senior Torie Robinson went on to earn a third-place finish in the Saturday’s final, while teammate and fellow senior Angelica Collins placed fourth. Robinson ran a 7.33, just 0.06 seconds shy of her personal best. Collins crossed the finish line in 7.41 seconds.

Marketa Marcanikova won her first event on an indoor track in the women’s 5000m. Marcanikova ran a personal best 17:02.93, edging Georgia’s Grace Tavani (17:03.78) across the finish line by less than one second.

In the men’s 400m dash, seniors Jeffrey Green (46.49) and Cordell Lamb (46.63) placed second and third, respectively. Both were the top-two collegiate finishers in the event.

Senior Grace Barnett placed second in the women’s 3000m Saturday. Barnett was just 0.04 seconds shy of the first-place finisher. Her time of 9:17.64 is her career best in the event. On the men’s side, James Quattlebaum also posted a personal-best 8:13.19 in the 3000m to place fourth.

DJ Ledell made his first appearance in the triple jump Saturday. The true freshman posted a best leap of 15.09m to claim third place in the event.

The meet concluded with the men’s 4x400m relay in which Lamb, Trevious Frazier, John Lewis and Green led the Tigers to a second-place finish. The foursome ran a 3:08.15 – the fastest time by a Tigers’ 4x400m relay unit this season.

Up next, the Tigers return home Friday for the Bob Pollock Invitational (Jan. 26-27). Live results for this weekend’s meet can be accessed on clemsontigers.com.