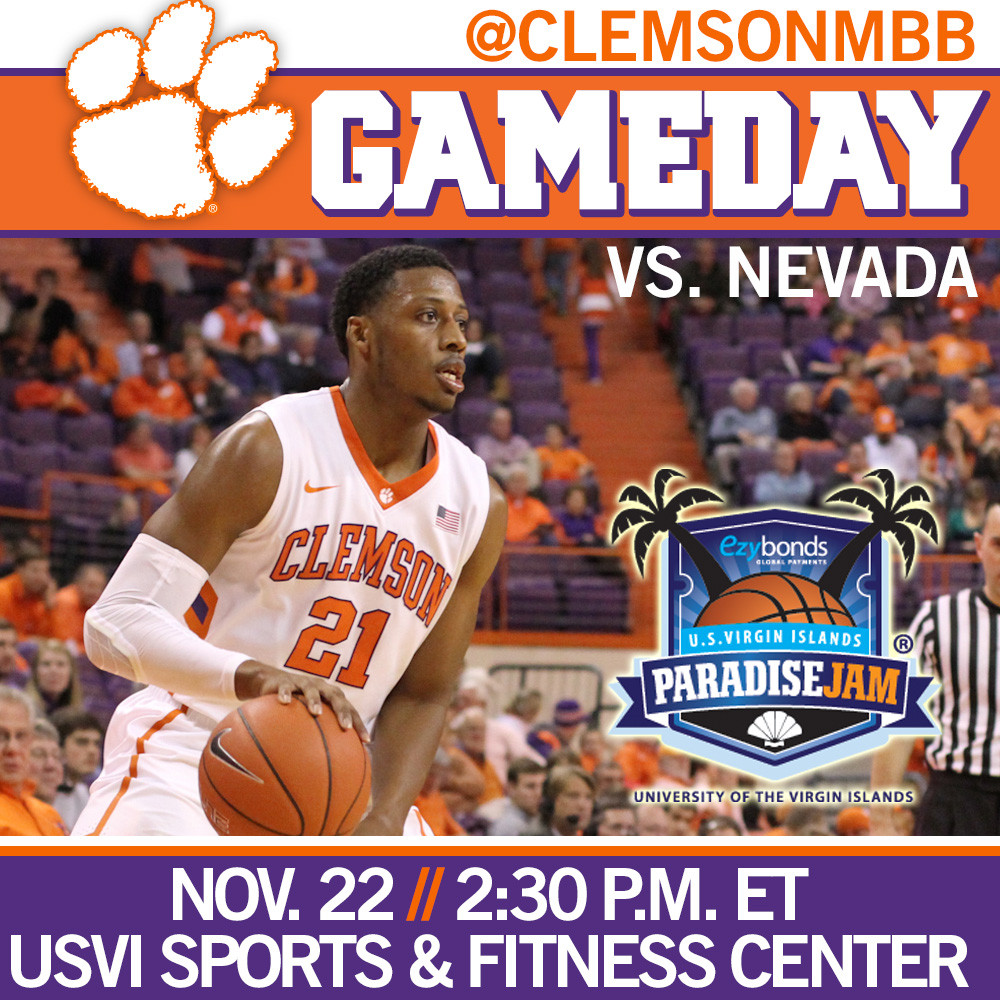 • Clemson takes on Nevada in the first meeting between the two schools Saturday in the second round of the Paradise Jam.

• This will be Clemson’s first game against a team from the Mountain West Conference since 2007, when the Tigers defeated Air Force in the NIT.

• The Tigers are coming off back-to-back losses by a combined five points, including the first round against Gardner-Webb 72-70 when the Bulldogs came back from 13 down in the second half.

• Clemson has scored 70 or more points in each of its first three games, but have lost two of those games. In Brad Brownell’s first four seasons at Clemson, the Tigers were 35-6 when scoring at least 70 points, including 17-1 the last two seasons.

• The Tigers are coming off a game against Gardner-Webb in which they shot 49 percent overall and committed just eight turnovers.

• Clemson has now blocked six or more shots in three straight games to open the season. Landry Nnoko is second among all ACC players with 3.3 per game.

• Damarcus Harrison is coming off a season-high 19 points. The senior was efficient shooting the ball, making 7-of-11 overall and 3-of-5 from three. It was Harrison’s 100th career game.

• Rod Hall surpassed the 300-assist mark for his career Friday. He is the 17th player in school history to reach 300.

• Jaron Blossomgame leads the Tigers on the boards this season and is coming off his second career double-figure performance with 10 vs. Gardner-Webb.