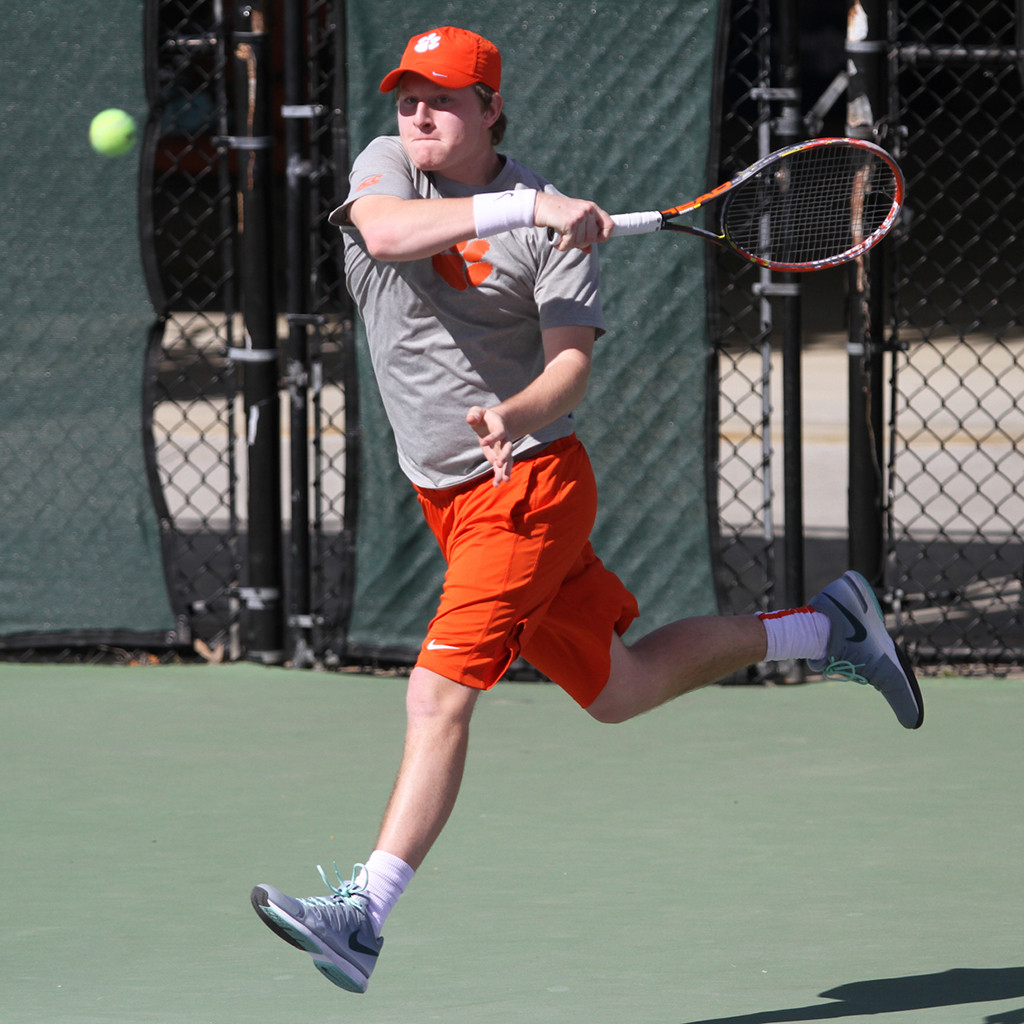 Tigers Win Doubles Point, but Fall to No. 4 Duke Friday

CLEMSON, S.C. – The Clemson men’s tennis team played competitively, and even won the doubles point against No. 4 Duke, but ultimately fell 5-2 to the Blue Devils on Friday afternoon at the Clemson Indoor Tennis Center. The Tigers dropped to 10-10 overall and 1-5 in ACC play with the loss, while Duke improved to 17-2 (4-1 ACC). Duke was the fourth top-30 opponent the Tigers have faced in their last five matches, and they will meet another ranked team in No. 23 Louisville on Sunday.

The Tigers jumped out to a great start, winning the doubles point with tiebreak victories at No. 1 and No. 3 doubles. After Robert Dudley and Luke Johnson fell at No. 2, seniors Alejandro Augusto and Hunter Harrington upset the 12th-ranked doubles team in the nation, the Blue Devils’ Nicolas Alvarez and Raphael Hemmeler, at No. 1, 8-7(5). The doubles point came down to freshman Hampton Drake and sophomore Christian Harris, who also defeated their Duke opponent in a tiebreak, 8-7(4).

After their impressive doubles victory, Augusto and Harrington, playing at the top of the singles lineup, both took their ranked Duke opponents to three sets before falling. Augusto, playing No. 1 singles for just the third time this season, fell to 12th-ranked Alvarez (6-4, 4-6, 6-2), while Harrington battled with No. 41 Tahir (6-7(5), 6-3, 6-3). With the Blue Devils leading 5-1, Johnson’s match at No. 5 singles was the last to finish. The junior showed a tremendous amount of perseverance after dropping the first set 7-4 in a tiebreak, he came back and won the second set 6-3, and eventually took the win in a 14-12 marathon super tiebreak.

Clemson hosts its second of four straight home matches on Sunday, March 29 when No. 23 Louisville travels to Tigertown. The match between the Tigers and Cardinals is set for 1 p.m. at the Hoke Sloan Tennis Center.