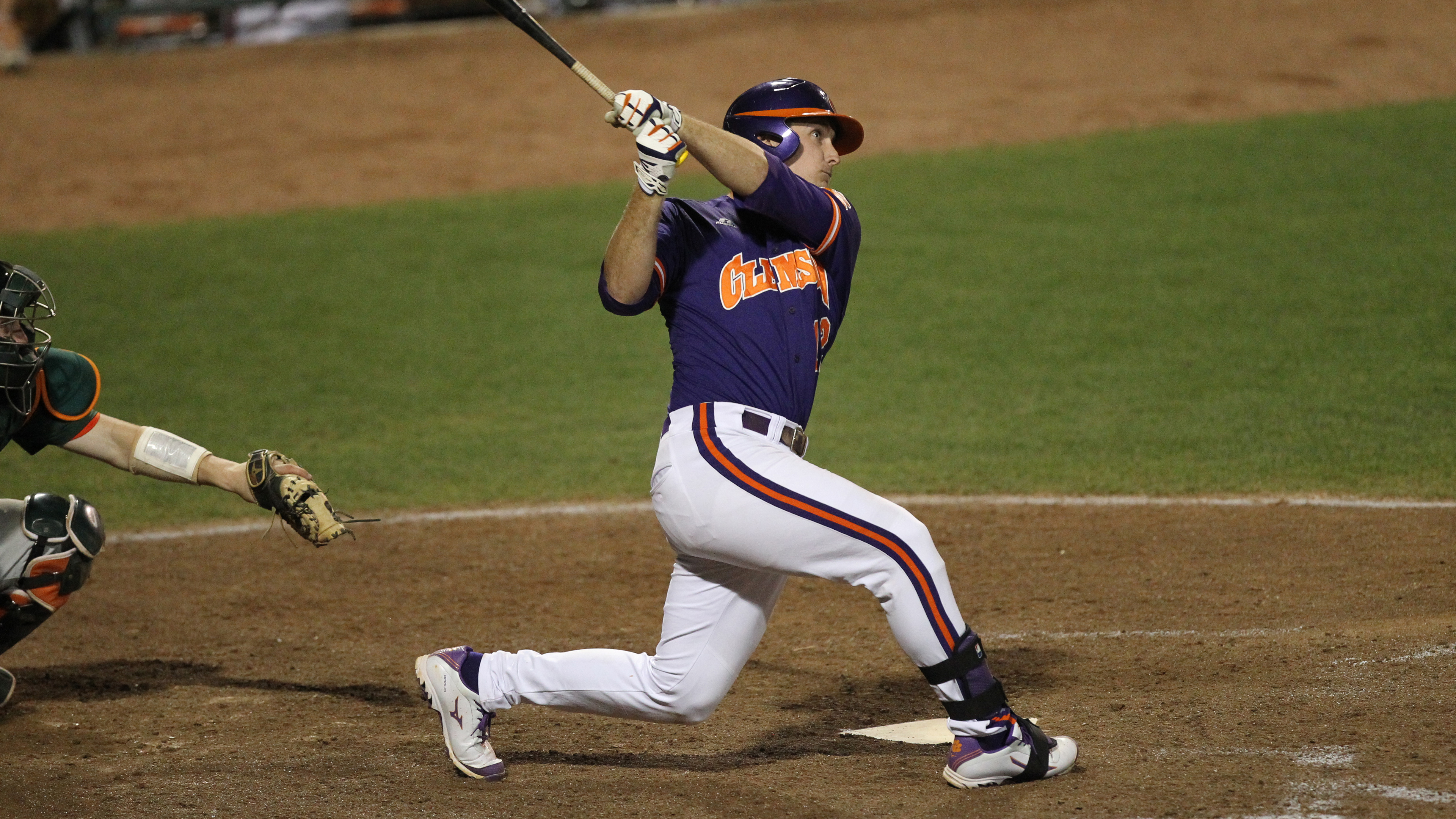 Tigers Walk Off With 3-2 Win Over No. 3 Miami (Fla.) in ACC Tourney on Thursday

GREENSBORO, N.C. – Senior Steve Wilkerson hit a walkoff single in the ninth inning to score Tyler Slaton, giving Clemson a 3-2 win over No. 3 Miami (Fla.) in the ACC Tournament at NewBridge Bank Park on Thursday night. The Tigers (36-22) improved to 2-0 in the ACC Tournament, while the Hurricanes (40-17) fell to 0-2 in the tourney.

With the victory, Jack Leggett registered his 1,300th career win in his 35th season as a head coach at the Division I level. He tied Bob Bennett, who had 1,300 career victories, for ninth place on the all-time wins list.

The Tigers trailed 2-0 before Jay Baum‘s groundout scored Steven Duggar in the third inning. Senior Jon McGibbon came off the bench and hit a towering solo homer, his third long ball of the season, to right field in the sixth inning to tie the score 2-2. After getting out of a jam in the top of the ninth inning, the Tigers put runners on first and second with one out before Wilkerson belted the first pitch through the right side to score Slaton.

“It was a really exciting game,” said Leggett. “We got some big hits when he needed them. Jon’s big hit coming off the bench in the sixth inning was big for us and Steve’s big hit at the end was big, too. I couldn’t be more proud of how our team battled. We had the last at-bat and I had a feeling we were going to figure out something to win.”

The Tigers play No. 9 seed Georgia Tech on Friday at 3 p.m. on RSN and ESPN3. Clemson is the designated home team and will occupy the third-base dugout. The Tigers must win the game in order to advance to the ACC Championship Game.