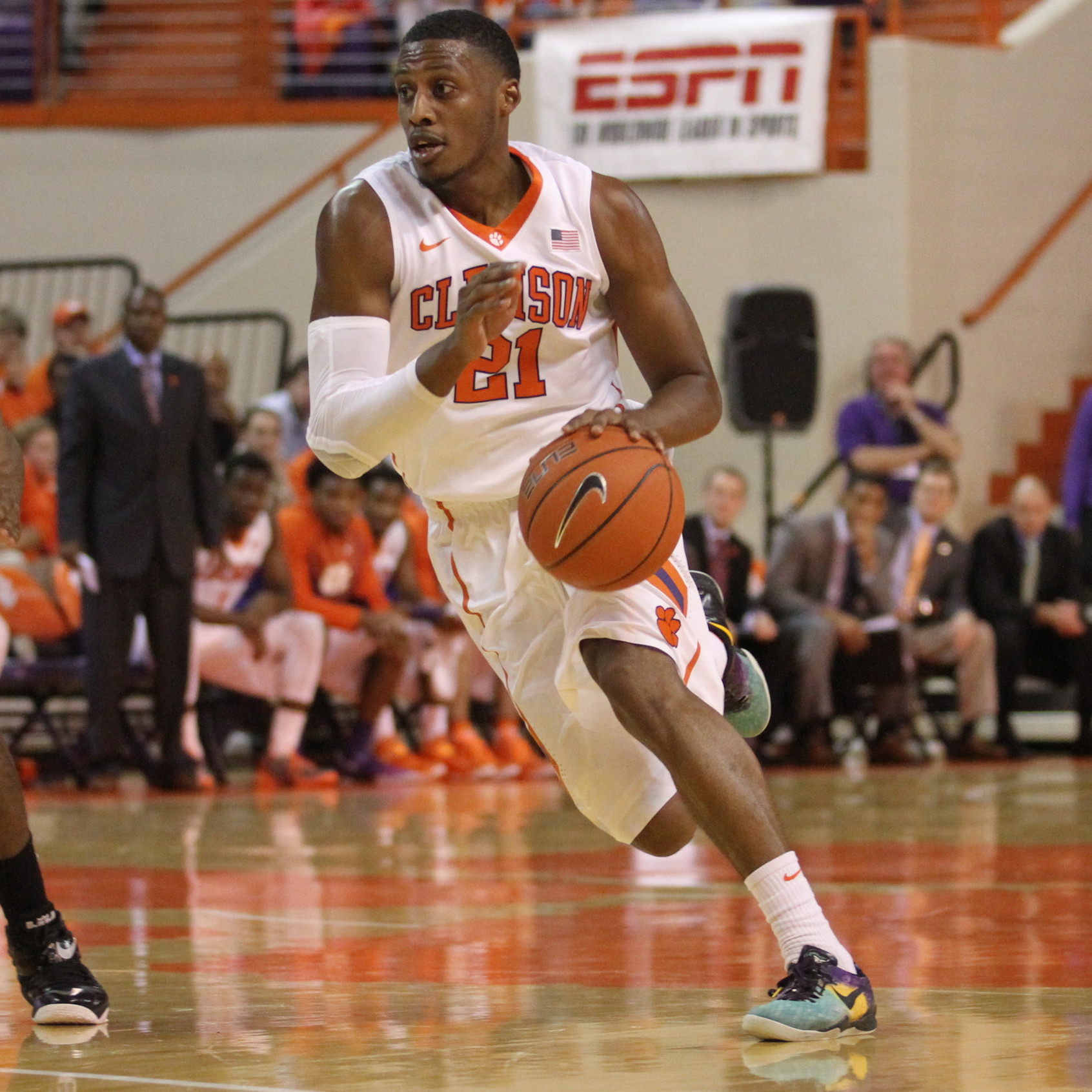 LOUISVILLE, Ky. — The fifth-ranked Louisville Cardinals erased a four-point halftime deficit with a 17-0 run that ended Clemson’s hope of an upset Wednesday at the KFC Yum! Center. Louisville won 58-52 and moved to 14-1 on the season, 2-0 in the ACC. The loss dropped Clemson to 8-6 overall, 0-2 in league play.

Clemson held Louisville to just 18 first-half points, tied for the season low for the Cards. The other time Louisville was held to just 18 was against No. 1 Kentucky. The Tiger defense was strong in the opening 20 minutes, limiting the Cardinals to just 22 percent shooting.

Louisville made only two field goals after a bucket at the 11:40 mark by Chris Jones. During that same stretch, Clemson went on a modest 12-7 run highlighted by a dunk underneath the basket from six-foot-tall Jordan Roper.

Clemson missed its first seven shots after the half as Montrezl Harrell returned from foul trouble to ignite the Cardinals. Terry Rozier scored six points during the 17-0 spurt and Clemson spent the rest of the half playing catch-up. The Tigers pulled back within two at 42-40, but Clemson went over five minutes without a bucket to end the upset threat.

Jaron Blossomgame led the Tigers with 15 points, while Damarcus Harrison added 12. The Tigers held the Cardinals to 33 percent shooting, but managed only 31 percent themselves. Clemson connected on 7-of-23 from three and made 77 percent at the free throw line.

The Tigers stay on the road for the next two games. Next up is a tilt at Pittsburgh on Saturday, Jan. 10. Tipoff is set for 12 p.m. between the Tigers and Panthers from Petersen Events Center.