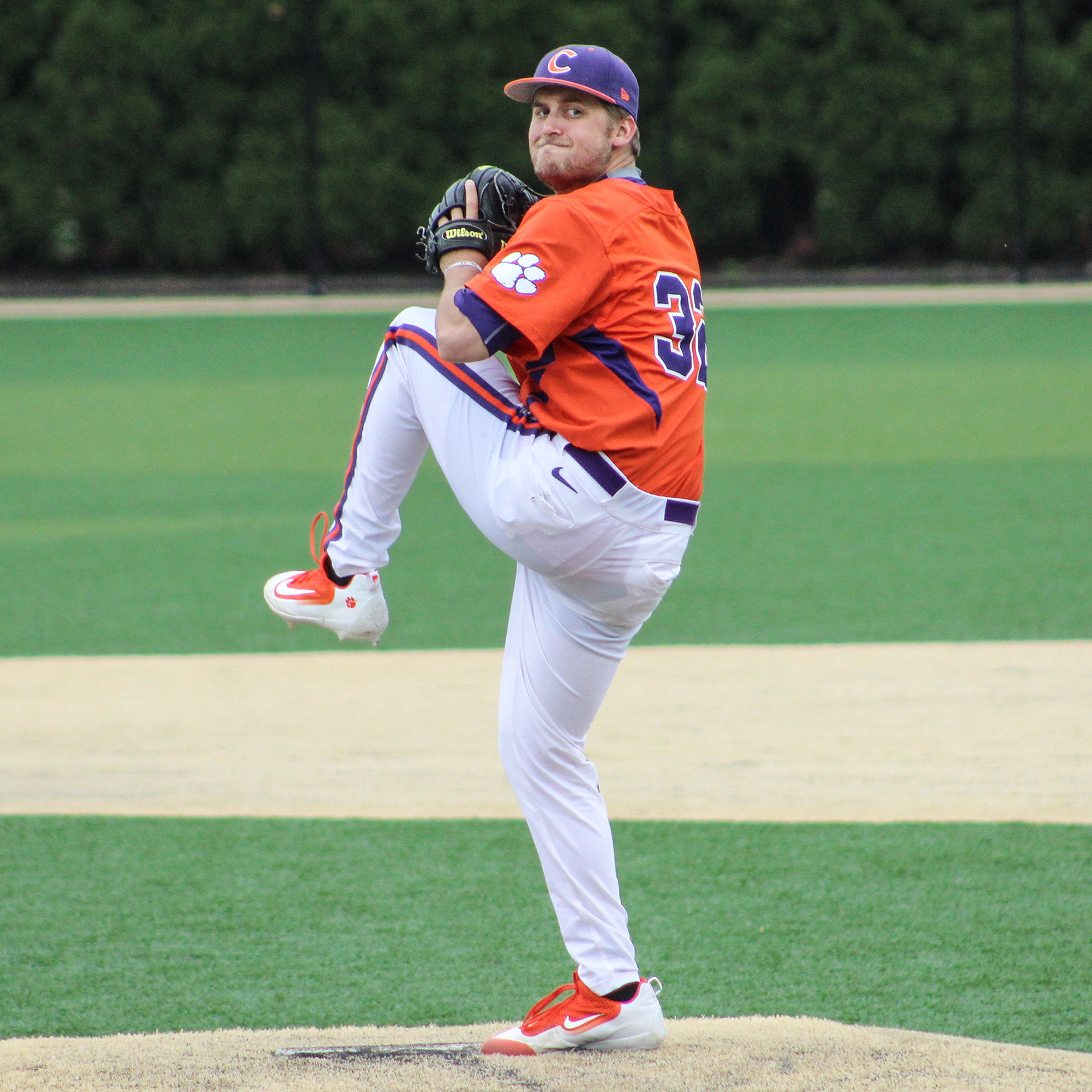 The Tigers knew they needed to win at Notre Dame in order to secure a spot in the ACC Tournament and avoid a first-round game.

So win they did…three times.

Backed by strong starting pitching performances by Charlie Barnes, Clate Schmidt and Alex Eubanks, the Tigers ended the regular season with a sweep of the Notre Dame Fighting Irish on the road. The three wins clinched Clemson the No. 6 seed in the conference tournament, as the Tigers are in a bracket with Louisville, Virginia and the winner of the first-round game between Duke and Wake Forest.

“I’m very proud of our guys,” said head coach Monte Lee after Saturday’s win. “We fought and found a way to sweep this Notre Dame series and put ourselves in a good position going into the ACC Tournament and get us in the conversation for maybe playing at home in a regional. But we still have to take care of business. We have to go into the ACC Tournament and play well, and that’s all we can worry about right now. But I’m very proud that we’re not in a play-in game situation. That will give our guys an extra day of rest, and we’ll see what happens.”

Chris Okey echoed the importance of making the round-robin outright.

“Not having the play-in game is huge for us,” expressed Okey. “We’ll get that extra day of rest and it saves our pitching, so the sweep was a big win for us, and we’re all excited.”

The excitement is merited, as the sweep of Notre Dame marked the fourth weekend series win in a row for the Tigers, including victories over ACC division foes Florida State and NC State.

Lee also believes his Tigers are getting hot at the right time, and he praised his starting pitching for setting the tone for the success that Clemson has found over the past weeks.

“If you look at what we’ve done over the last three weeks, the big thing is we’ve thrown strikes and we’ve been better defensively,” explained Lee. “Offensively, we do enough, but we’re that type of offense where, if we get a few guys on base, it seems like somebody steps up, and we wind up scoring a bunch of runs in those scenarios.

“Overall, we’ve pitched and defended pretty well over the last few weeks, and we’ve been consistent. It’s all about how you finish, and our club has finished very strong, and I’m very proud of our players.”