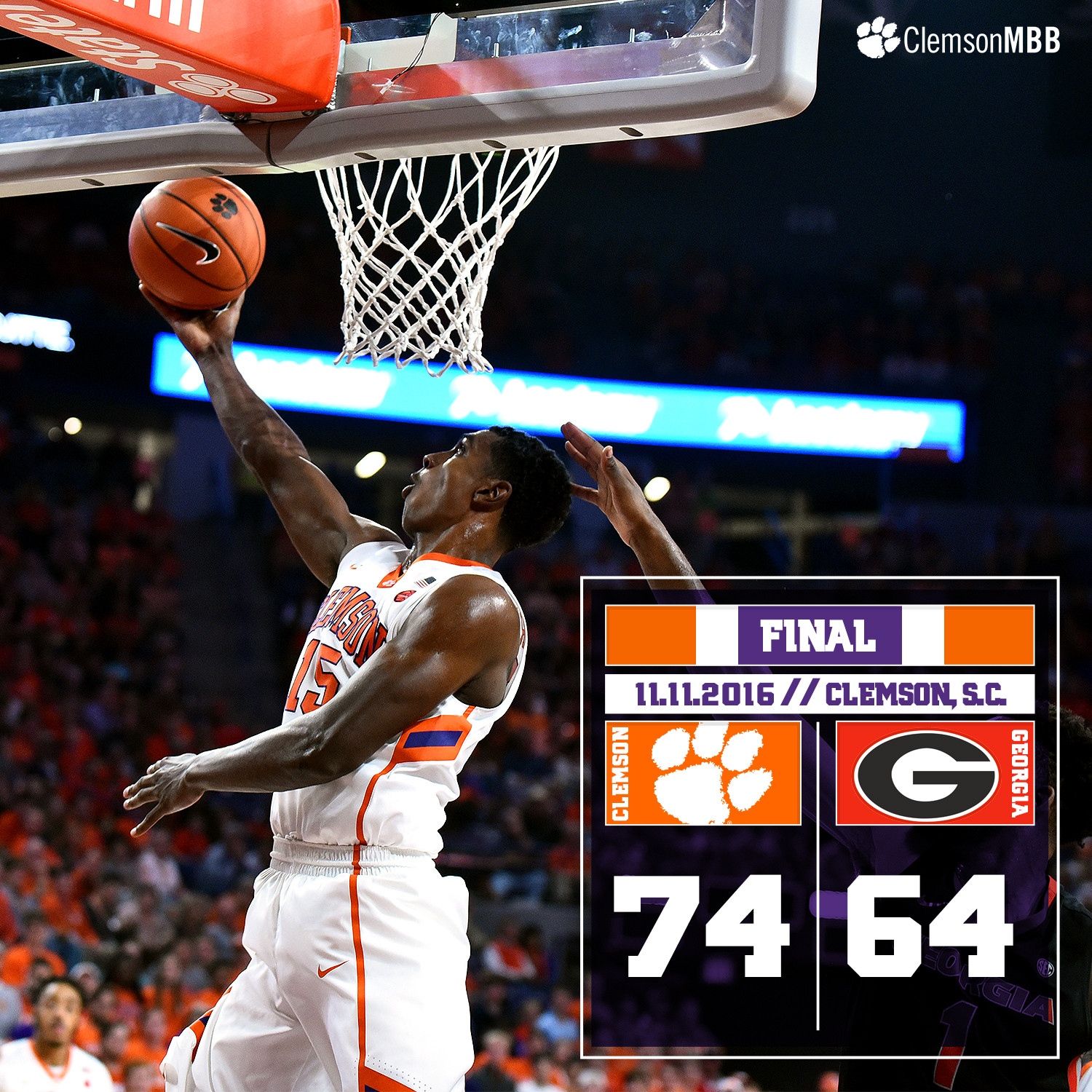 CLEMSON, S.C. — Opening night in the newly renovated Littlejohn Coliseum did not disappoint from Clemson’s perspective Friday, as the Tigers ended the celebration a 74-64 winner over Georgia. The win came in front of a raucous, capacity crowd of 9,000 that did not disappoint with the reopening of the facility.

Sophomore guard Marcquise Reed exploded for 19 points to lead the Tigers in the win, hitting 5-11 field goals and all six of his free throw attempts. Clemson had four players in double figures, with Gabe DeVoe producing 15 in his first career start, combined with 13 from Jaron Blossomgame and 10 from Avry Holmes.

The undermanned Tigers were out-rebounded by the Bulldogs, 40-34, but held Georgia point guard J.J. Frazier to just 11 points with eight missed field goals. Yante Maten led the Dawgs with 19 points and 12 rebounds.

Clemson clung to a 51-48 lead in the second half, and coming out of a called timeout by coach Brad Brownell, responded with seven consecutive points by Reed. The stretch included a steal and fast break layup, as well as a three-pointer following an offensive rebound kickout from Sidy Djitte. His personal run pushed the lead to double digits again, and Clemson cruised down the stretch, connecting on 81 percent of its free throws to salt the game away late.

The Tigers return to action on Thursday, Nov. 17 against Davidson in the opening round of the Tire Pros Invitational, held in Orlando, Fla.