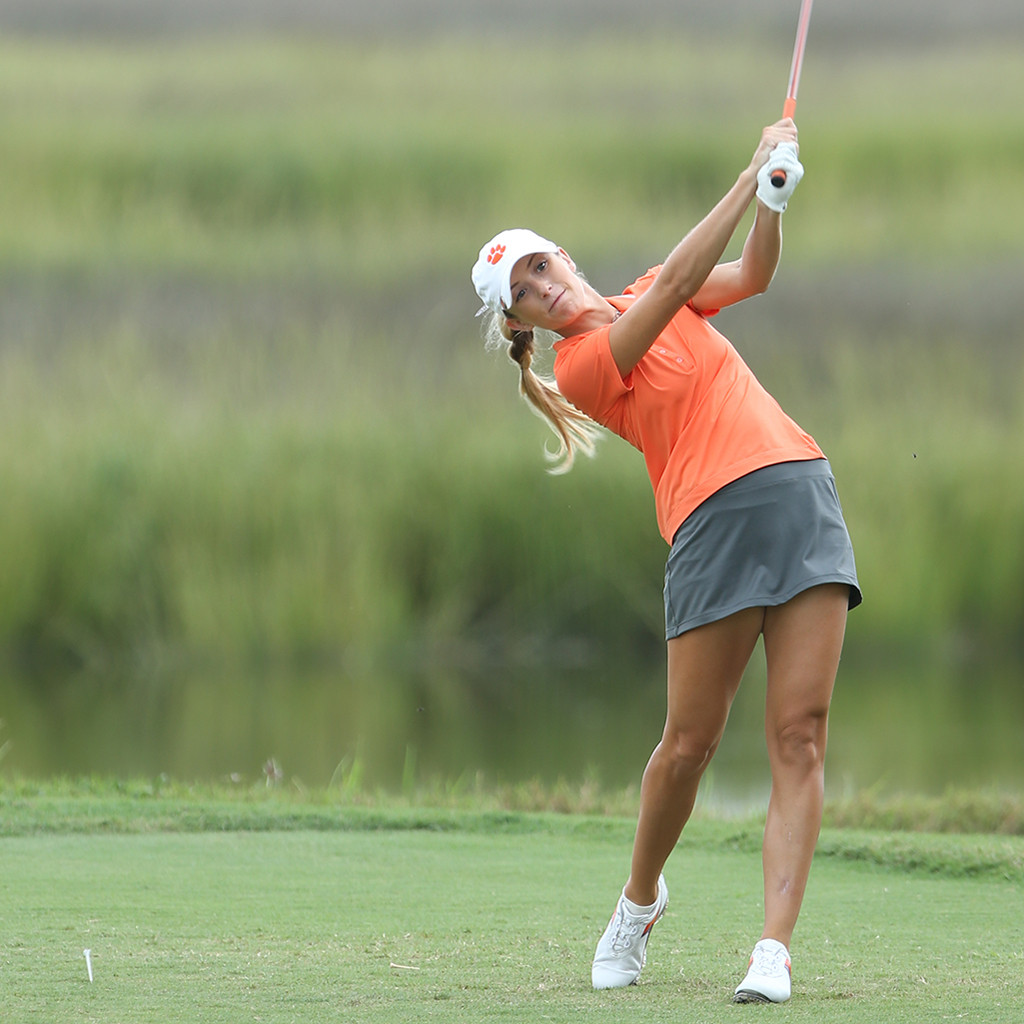 Clemson, S.C.—Clemson will complete its fall schedule this weekend at the Stanford Intercollegiate presented by Condoleezza Rice.  J.T. Horton’s team will be among 17 teams in the national field that includes six of the top 12 teams in the nation. The three-day, 54-hole event will be played on the par 71 Stanford University Golf Course.

Clemson will take four sophomores and a freshman for this weekend’s event in California, the first regular season event on the West Coast for Horton’s team.  Leading the way is sophomore Lauren Salazar, who has a team best 74.33 stroke average so far this year.  The native of Santa Clara, Calif has had her score count in all nine rounds so far this year and is coming off a season best 217 score at the Schooner Fall Classic in Oklahoma.

Joining Salazar in the Clemson lineup will be Jessica Hoang, Marisa Messana, Sloan Shanahan and McKenzie Talbert.  Hoang is second on the team in stroke average with a 75.33 figure and had a record tying 68 in the opening tournament of the year. Messana, the only freshman in the lineup, is third on the team in stroke average and her score has counted in eight of the nine rounds so far this year.

Shanahan, a returning first-team All-ACC player from last year, was Clemson’s top player at the Mason Rudolph Invitational. Talbert is coming off her best tournament (221)  and best round (72) of the year at the Schooner Fall Classic.