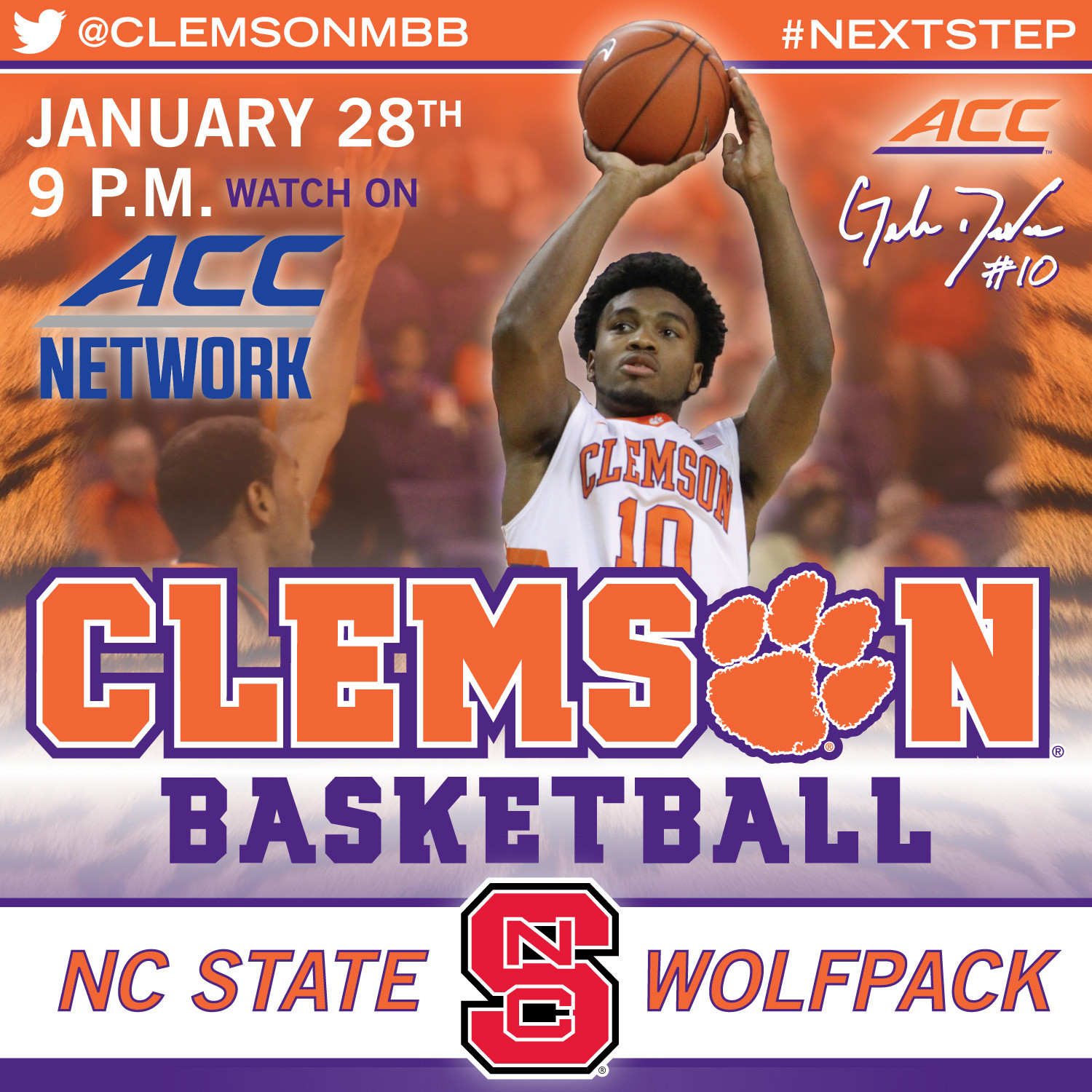 • The Tigers are in search of their first win in Raleigh since the 2009-10 season, a 73-70 triumph that was the culmination of three straight wins at PNC Arena for the Clemson program.

• The win over Wake Forest was the second-latest game-deciding play in school history; only Sharrod Ford’s buzzer-beating dunk against Virginia Tech in 2005 occurred later.

• In the win over the Demon Deacons, Clemson overcame a 12-point second half deficit. It was Clemson’s largest deficit overcome in a home win since the Tigers trailed NC State by 19 in 2011 but rallied to win.

• Saturday’s game was the eighth time under Brad Brownell the Tigers overcame a double-digit deficit since 2010.

• Donte Grantham (10.1 ppg) is attempting to become only the 12th freshman in school history to average double figures over the course of a season.