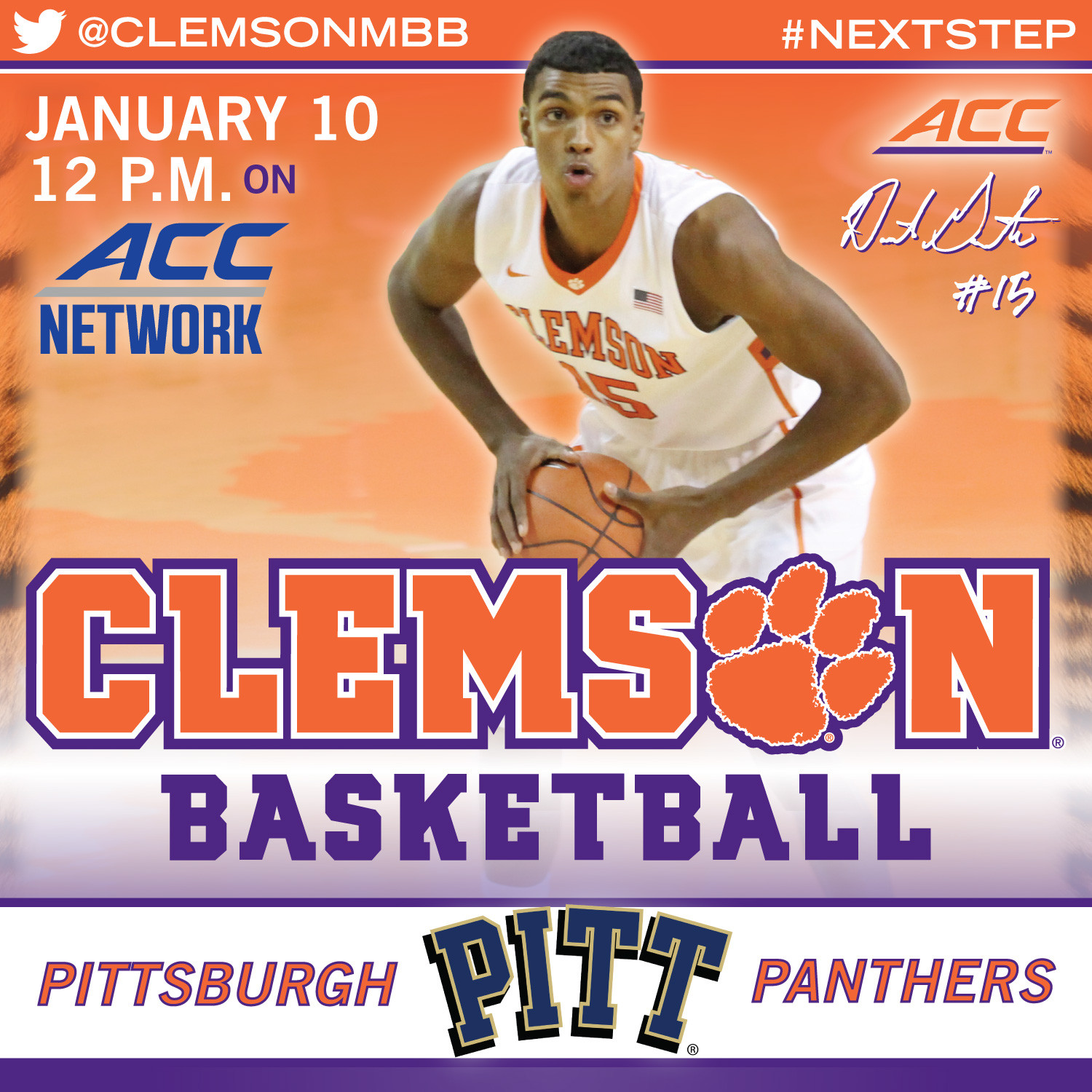 • The Tigers are in search of their first ACC win of the season, while the Panthers are coming off their first, an overtime triumph.

• Clemson looks for its first win in the series. The two programs first met in 1958 and not again until last season, with two games. Pitt won both, including an overtime thriller at Clemson.

• The Tigers have held three of their last four opponents to 60 points or less.

• Clemson seeks to avoid its first 0-3 start in the ACC since 1999-2000. In five seasons since the turn of the century, the Tigers have started 0-2 in league play. In all five of those seasons, Clemson won its third game.

• The Tigers’ field goal percentage defense has been solid this season, limiting the opposition to a .392 figure. Clemson is coming off a performance in which it limited No. 5 Louisville to a .327 percentage.

• Damarcus Harrison is on a 10-game streak with at least one three-pointer, the third-longest by any player in the ACC this season.

• Jaron Blossomgame owns the third-best scoring average improvement of any ACC player from 2013-14. He is currently +8.8 points per game ahead of his average from his freshman season, and leads Clemson in scoring.

• Rod Hall passed David Young for 14th in the Clemson record books with 334 career assists, and needs just two to pass Marion Cash for 13th and four to move by Vincent Hamilton for 12th.