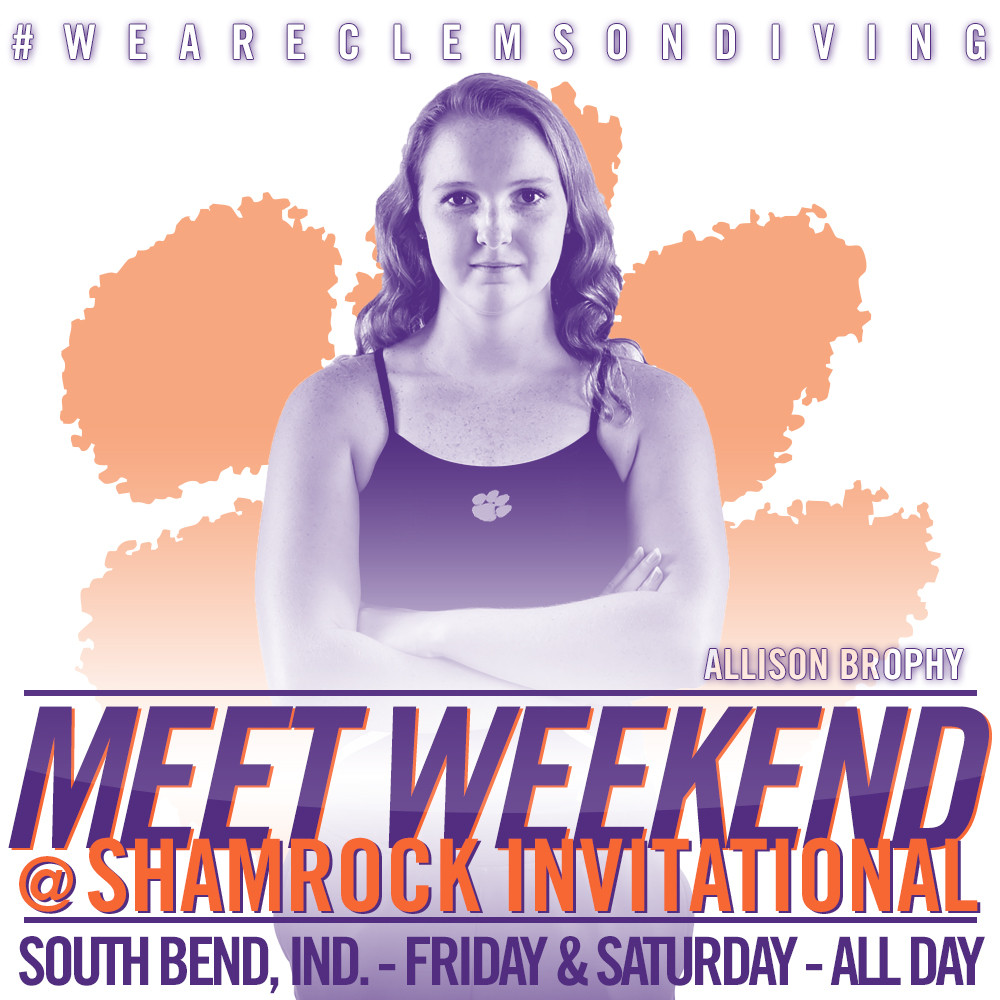 CLEMSON, S.C. – Coming off of a win over Arkansas and Houston at home, the Clemson diving team will look to continue their success as the Tigers travel to Notre Dame for the Shamrock Invitational this weekend. The two-day event takes place at Notre Dame’s Rolfs Aquatic Center on Friday and Saturday. The Tigers will face off against divers from Notre Dame, Wisconsin and Grand Canyon University.