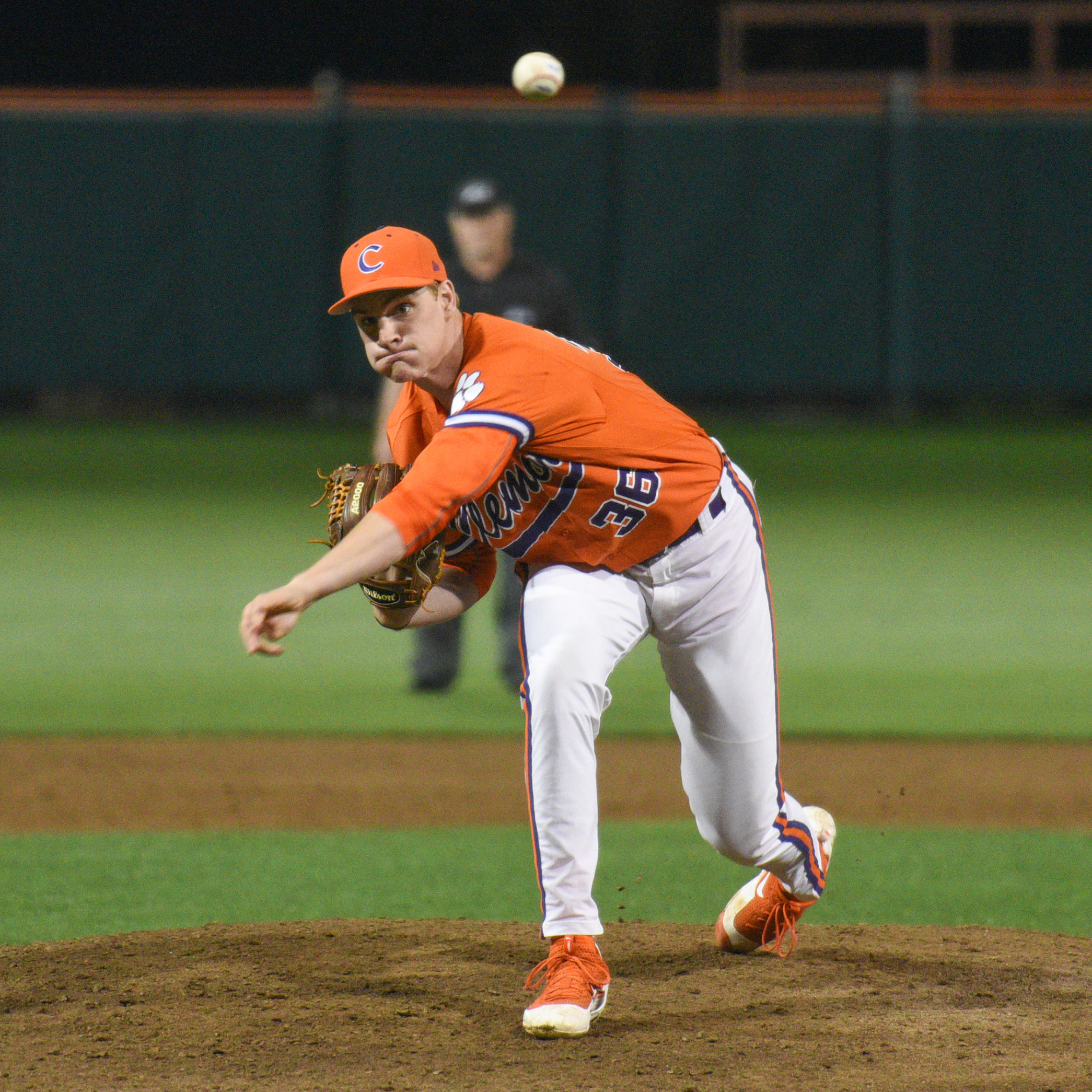 The Tigers travel to Statesboro, Ga., to take on Georgia Southern in a three-game series this weekend.

CLEMSON OVERVIEW• Clemson split its midweek home series against College of Charleston after winning two of three games over No. 9 NC State last weekend.• The Tigers are averaging 6.7 runs per game and hitting .277 with a .388 on-base percentage and 44 stolen bases.• The pitching staff has a 4.53 ERA, .267 opponents’ batting average and 2.09 strikeout-to-walk ratio and Clemson is fielding .959.

GEORGIA SOUTHERN OVERVIEW• Georgia Southern is led by 17th-year head coach Rodney Hennon.• The Eagles split a midweek series against North Florida. They are hitting .258 and have a 3.78 ERA and .968 fielding percentage.• Logan Baldwin is batting .310 with 14 steals, while Ryan Cleveland is hitting .298 with 12 homers, 16 doubles, 49 RBIs and 11 steals.

QUICK HITS• Clemson has a 19-3 record in non-conference games.• Clemson is 22-2 when outhitting the opponent.• Clemson has not played a game away from home since April 17 (Louisville).