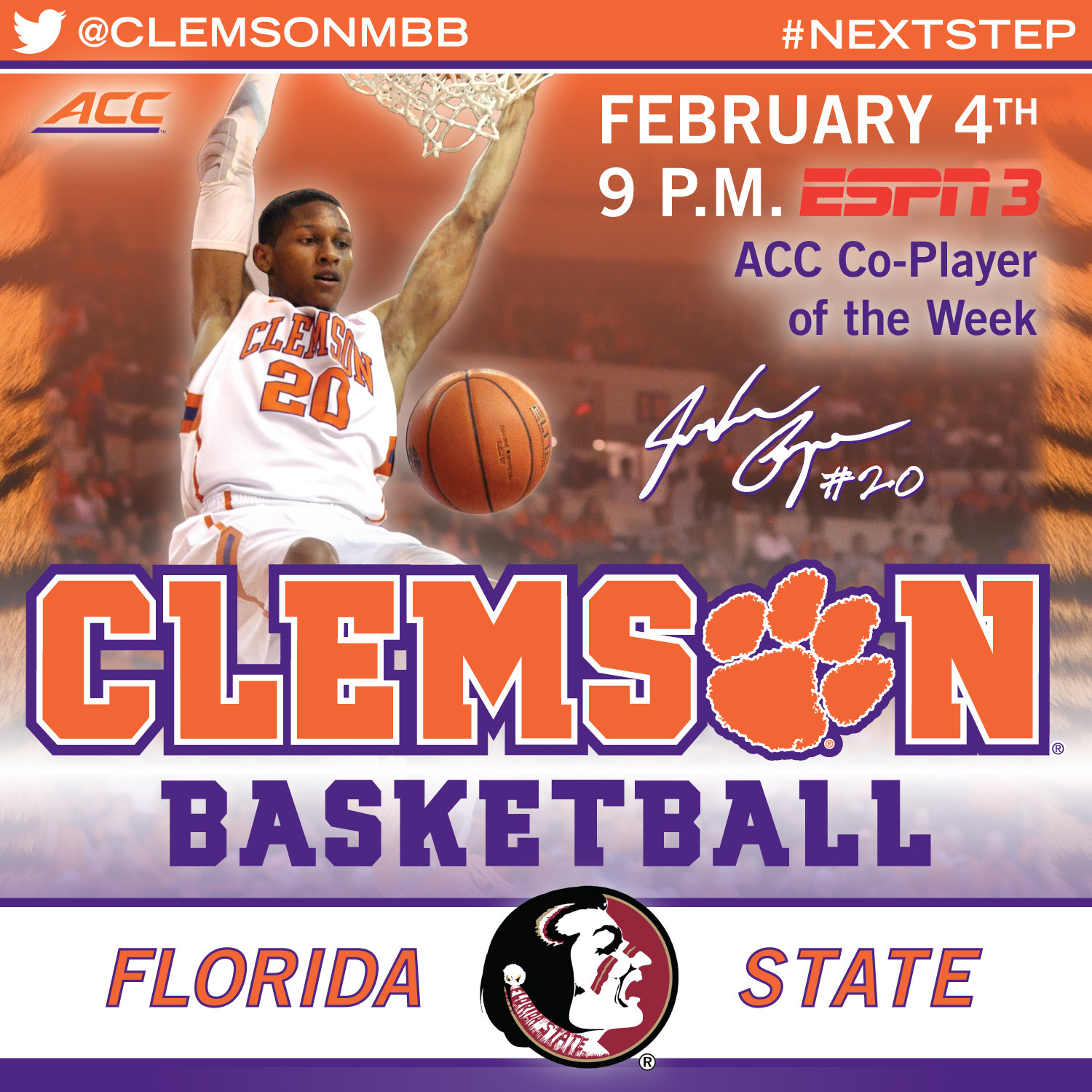 • Two of the ACC’s hottest teams compete Wednesday. Clemson has won four of its last five games, while Florida State has won three of its last four.

• FSU won the game in Clemson on Jan. 19, so the Tigers need to duplicate last year’s road win in Tallahassee to earn a repeat of the season series from 2013-14.

• Clemson shot just 34 percent against FSU in the first meeting.

• Clemson has won three straight since its Jan. 19 loss to Florida State, the past two by double-digit margins (at NC State, Boston College).

• The Tigers out-rebounded Boston College by 10, and are 3-0 against ACC foes when holding a +10 rebound margin or greater on the glass.

• Clemson won the turnover battle in its most recent game and is now 6-1 on the season when winning the ever-important statistic.

• Jordan Roper led the Tigers in scoring in both wins last week, and as a result was named ACC Co-Player of the Week along with Louisville’s Terry Rozier.

• Roper poured in a career-high 24 points against the Eagles, which included a career-best 6-for-8 clip from three-point distance.

• Rod Hall needs just one assist to gain sole possession of ninth in the Tiger record books for career assists. He and Marc Campbell both have 364.

• In the win at Florida State last season, Jaron Blossomgame nailed a pair of three-pointers in Clemson’s second-half rally. Blossomgame leads the Tigers in scoring this season, and posted 16 second-half points vs. Boston College. 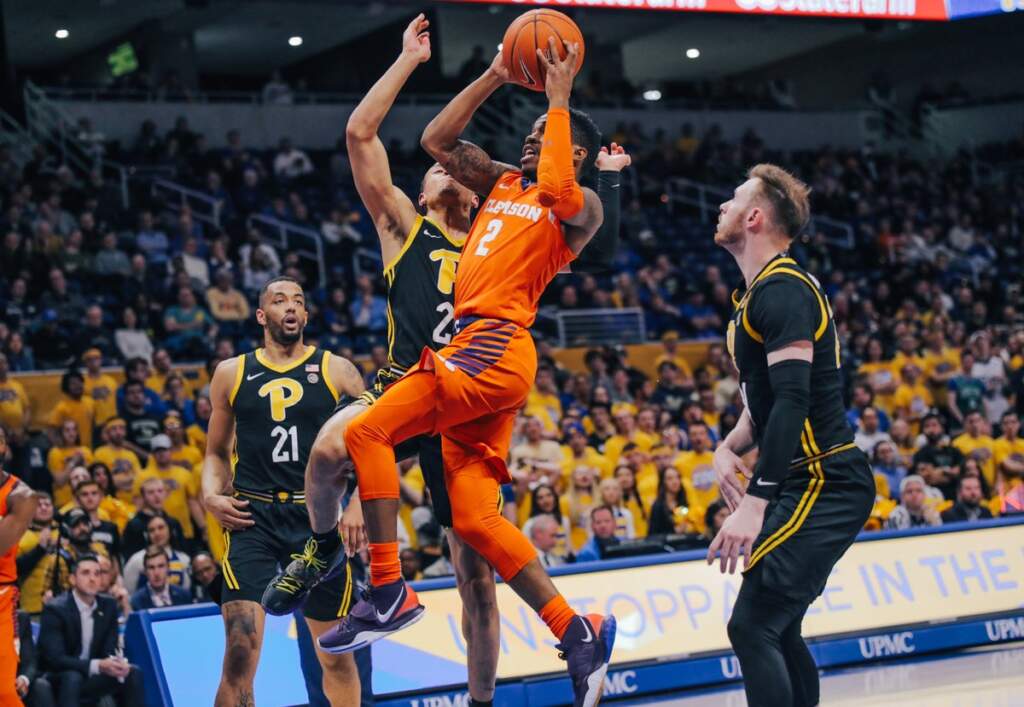