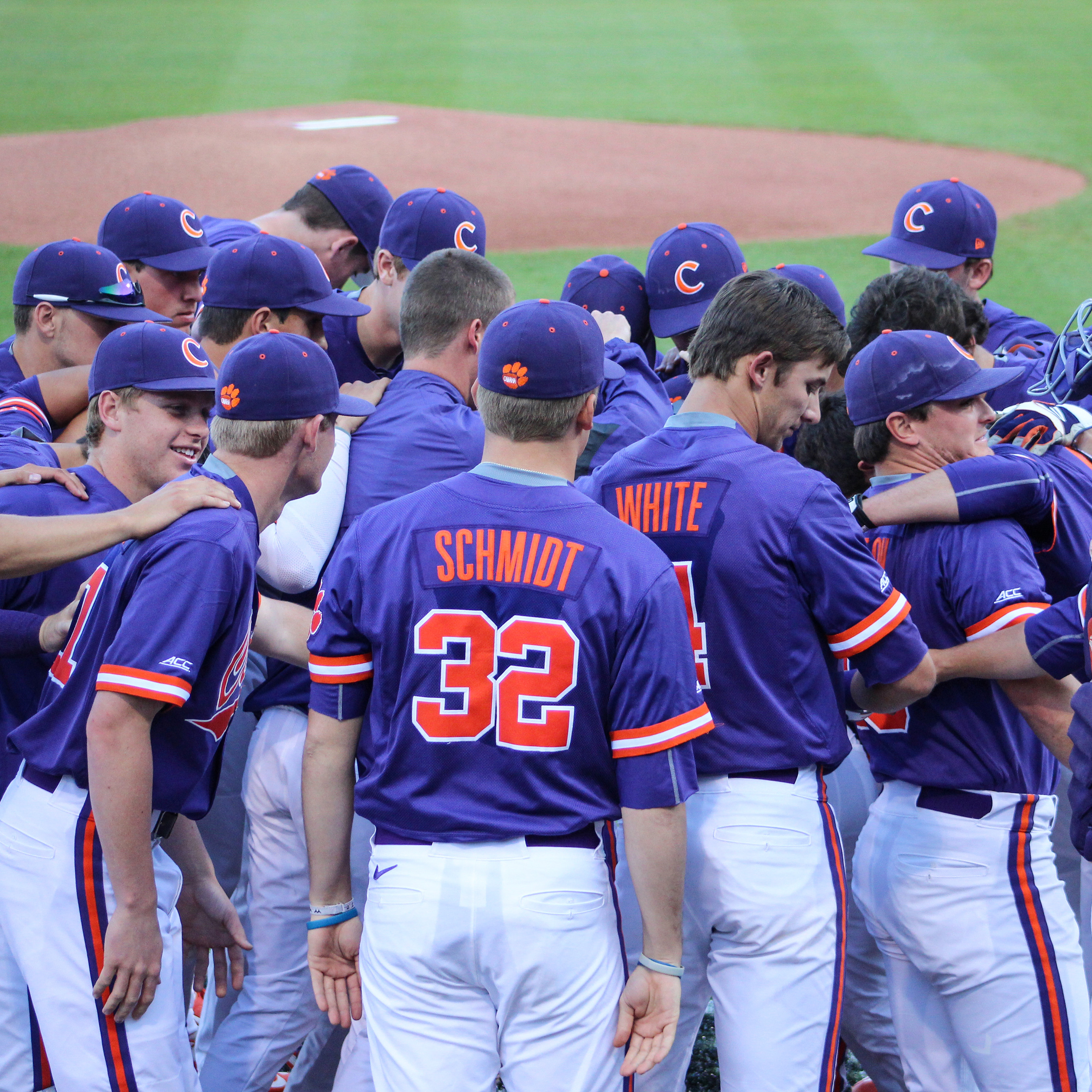 The Tigers close the regular season with a three-game series at No. 8 Florida State from Thursday to Saturday.

CLEMSON OVERVIEW• Clemson rallied from a 10-0 deficit after two innings to defeat Furman 23-15 at Fluor Field in Greenville, S.C. on Tuesday night.• The Tigers are averaging 6.5 runs per game and hitting .289 with a .380 on-base percentage and 55 steals.• The pitching staff has a 4.09 ERA, .256 opponents’ batting average and 2.52 strikeout-to-walk ratio and Clemson is fielding .959.

FLORIDA STATE OVERVIEW• Florida State is led by 36th-year head coach Mike Martin.• The Seminoles lost two of three games at Louisville last weekend. They are hitting .261 and have a 3.93 ERA and .964 fielding percentage.• DJ Stewart is batting .327 with 12 homers, 47 RBIs, 62 walks and a .525 on-base percentage to lead Florida State, who is 27-4 at home.

QUICK HITS• This series marks Clemson’s third straight trip to Florida State that concludes the regular season.• After hitting no home runs in its previous five games, the Tigers have hit six home runs in the last four contests.• Tyler Slaton’s grandfather, Paul Slaton, played football at Florida State and was Burt Reynolds’ roommate. Paul will be at this series.

ACC STANDINGS• Clemson (13-13) is fifth in the Atlantic Division behind Louisville (23-4), Florida State (17-10), Notre Dame (15-12) and NC State (14-12).• Clemson is tied for sixth in the overall ACC standings with North Carolina (13-13).• Clemson can finish anywhere between fourth and 11th in the overall ACC standings based on results from the final regular-season weekend.• Ten teams will participate in the 2015 ACC Tournament at Durham, N.C.• The top-six seeds qualify for the tournament, while seeds 7-10 play two play-in games on May 19 to form the eight-team, round-robin tourney.

DOUBLE-DIGIT COMEBACK WIN• Facing Furman at Fluor Field in Greenville, S.C. on May 12, Clemson trailed 10-0 after two innings, but rallied to win 23-15.• Clemson scored three in the third, two in both the fourth and fifth and four in the sixth, then eight in the seventh to take the lead.• The Tigers added one run in the eighth inning and three runs in the ninth inning, as Clemson scored in each of the last seven innings.• Tiger batters totaled 22 hits, 15 walks and two hit-by-pitches, meaning 39 Tigers reached base safely, including six times by Steven Duggar.• Chris Okey went 3-for-6 with two homers and three RBIs, Tyler Krieger went 4-for-6 with three RBIs and Weston Wilson added three hits.• Ten Tigers totaled at least one hit and scored at least one run.• Furman used 11 pitchers, who combined to throw 282 pitches in the nine-inning game that lasted 4:42.• It was the most runs scored by the Tigers since May 18, 2006, when they defeated Wake Forest 26-1.