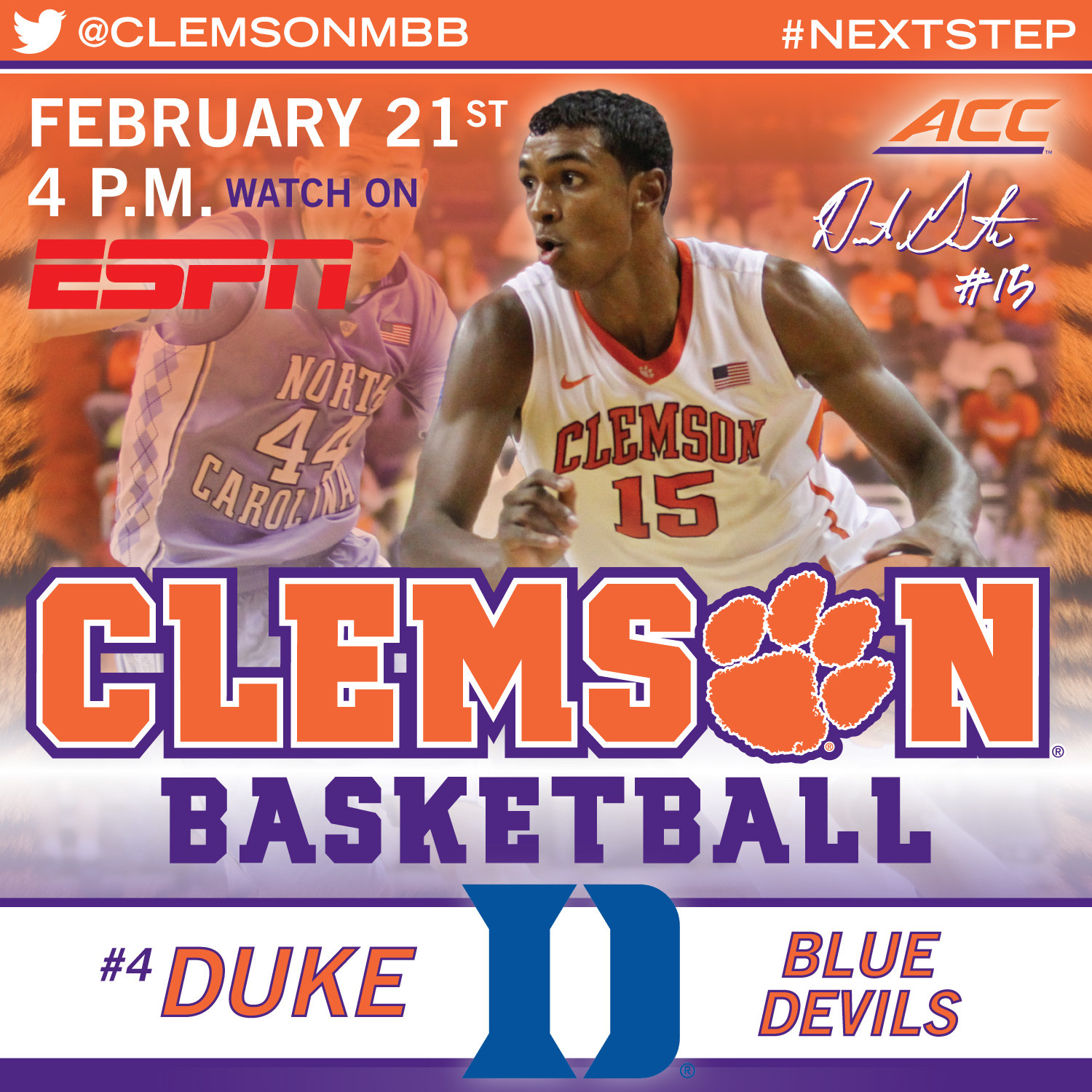 Tigers Travel to Durham to Face No. 4 Duke

• Clemson is in search of its first win at Duke since the 1994-95 season, a 75-70 victory by Rick Barnes’ first team over a ninth-ranked Blue Devils team at the time.

• The Tigers’ best chances to win since that time were in 1998, when Clemson missed a game-winning shot attempt, and in 2007, when the Blue Devils scored a layup as time expired to give Duke a 68-66 win after Clemson had just tied the game.

• Clemson had a shot to beat Duke again in the 2014 ACC Tournament and led by one in the final 10 seconds, but two Blue Devil free throws gave Mike Krzyzewski’s team a 63-62 win in the quarterfinals.

• The Tigers get their third crack at a top-five ACC team this season Saturday, all on the road. Clemson dropped the previous two, at Louisville and Virginia.

• Clemson has defeated 10 different Blue Devil teams ranked inside the nation’s top 10 at the time of the meeting, including No. 1 Duke in front of the largest crowd in Littlejohn history on Jan. 9, 1980.

• Austin Ajukwa is coming off a career-high 10 points and three steals in 14 minutes of play at Georgia Tech. Over his past six games, Ajukwa is averaging 5.5 points per contest (after just 1.9 over his first 19 games).