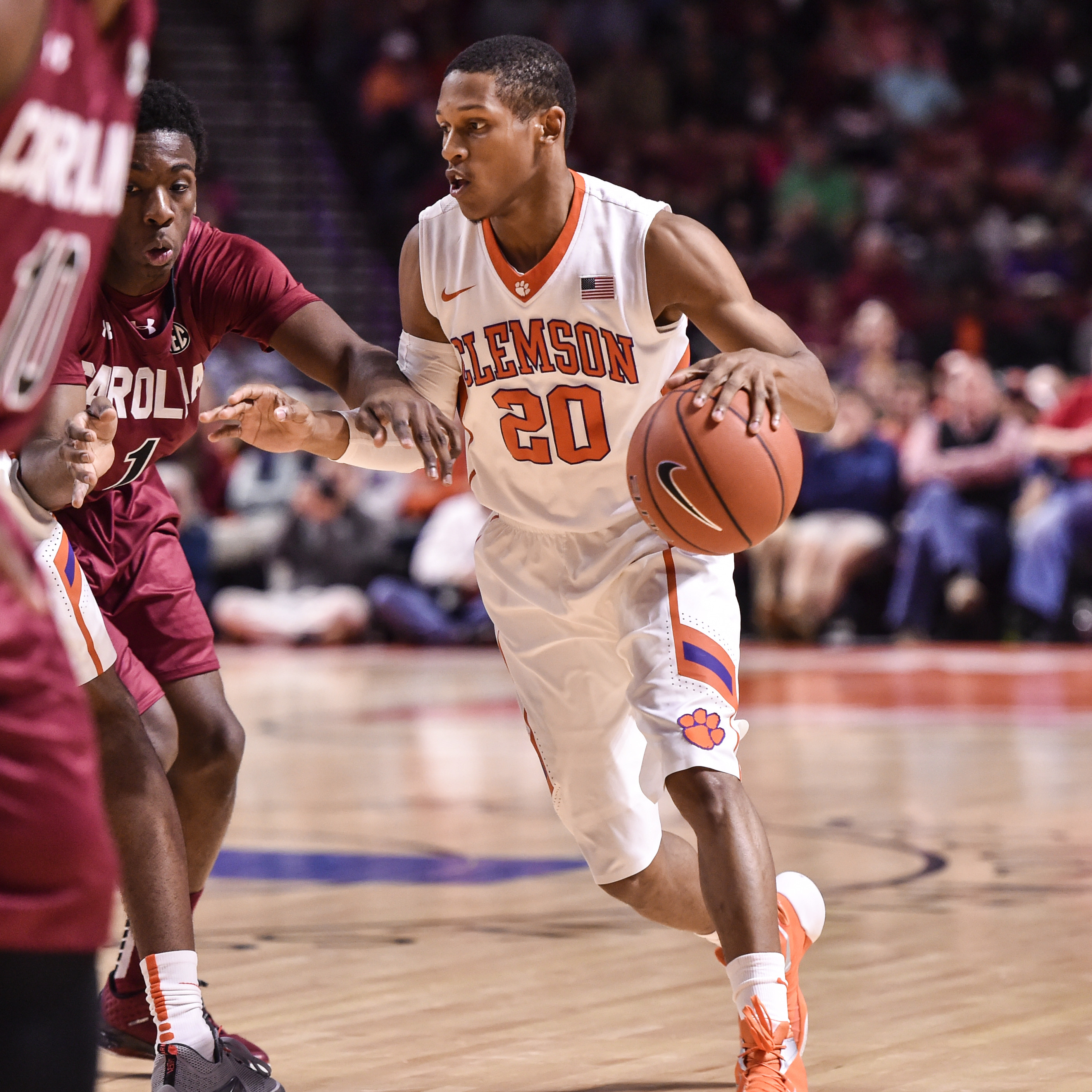 • Clemson takes on Georgia for the first time since the 2006-07 season, when the Tigers beat the Bulldogs 75-60 in Littlejohn Coliseum.

• The Tigers look to rebound from a loss last time out to No. 25 South Carolina, 65-59. Clemson is 3-0 in games following losses this season.

• Tuesday’s game is the first in a home-and-home series with Georgia. The Tigers are slated to open the renovated Littlejohn in 2016-17 with a matchup against the Bulldogs.

• Clemson forward Jaron Blossomgame and Georgia guard Kenny Gaines were teammates together for the Georgia Stars on the AAU circuit.

• Blossomgame posted his second double-double of the season against South Carolina with 17 points and 11 rebounds. He now needs just five rebounds to reach 500 for his career.

• Donte Grantham posted 16 points last time out, his high point total since a 22-point outing against Rutgers on November 25. Grantham hit four three-pointers. It was the first time he made three or more in a game the Tigers lost.

• Landry Nnoko blocked five shots against South Carolina, the third time this season he has had at least five in a game. Nnoko needs eight to pass Sharrod Ford and tie former teammate K.J. McDaniels for seventh place in Clemson history (178) for career blocks.

• The Tigers lead the ACC and are 18th among 351 NCAA Division I teams with 6.1 blocks per game. Blossomgame has 19 on the season to rank among the ACC’s leaders as well.