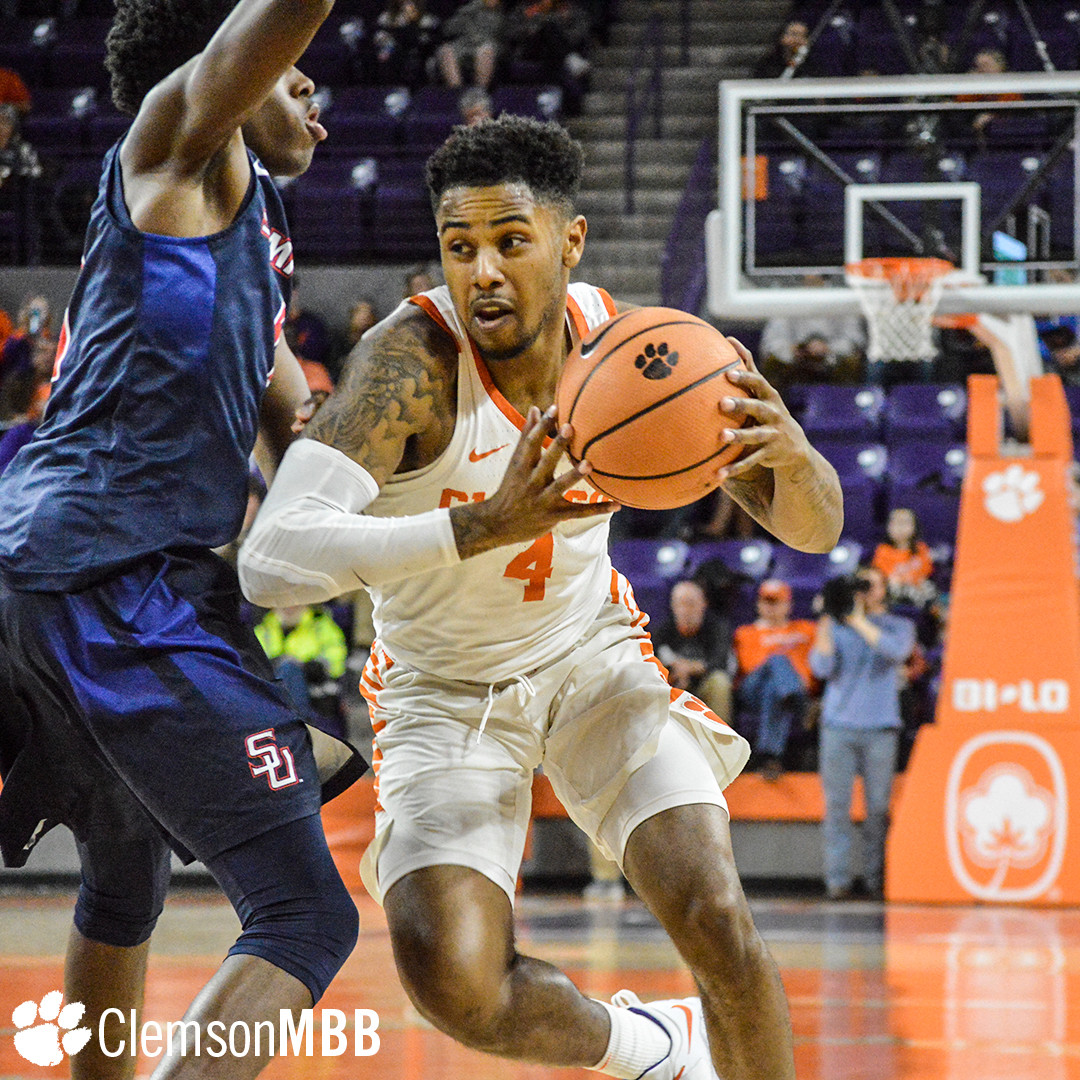 SERIES HISTORYCU Series W-L record: Clemson leads 10-9. Streak: Florida has won the last three games of the series, but both programs have not met since the 1957-58 season.

TIGER TRACKS• Clemson is off to its best start to a regular season since 2008-09.• Elijah Thomas is one of only 13 players in the country currently averaging 12.0 points, 8.5 rebounds and 1.75 blocks per game.• Thomas (11 points, 11 rebounds) collected his fifth career double-double and third of the season in a 22-point win over Samford.• Both Shelton Mitchell and Donte Grantham posted the Tigers’ sixth and seventh 20-point outings this year. It marked Grantham’s second of 2017-18.• Grantham (975) and Marcquise Reed (982) are both closing in on 1,000 career points.• Reed officially qualified for the all-time top ten in free throw percentage and currently ranks first (89.6 percent).• Head Coach Brad Brownell (132 victories at Clemson) is six wins shy of tying and seven shy of passing Oliver Purnell for the third most wins at Clemson.• Coach Brownell is just one win shy of 300 for his career (299).