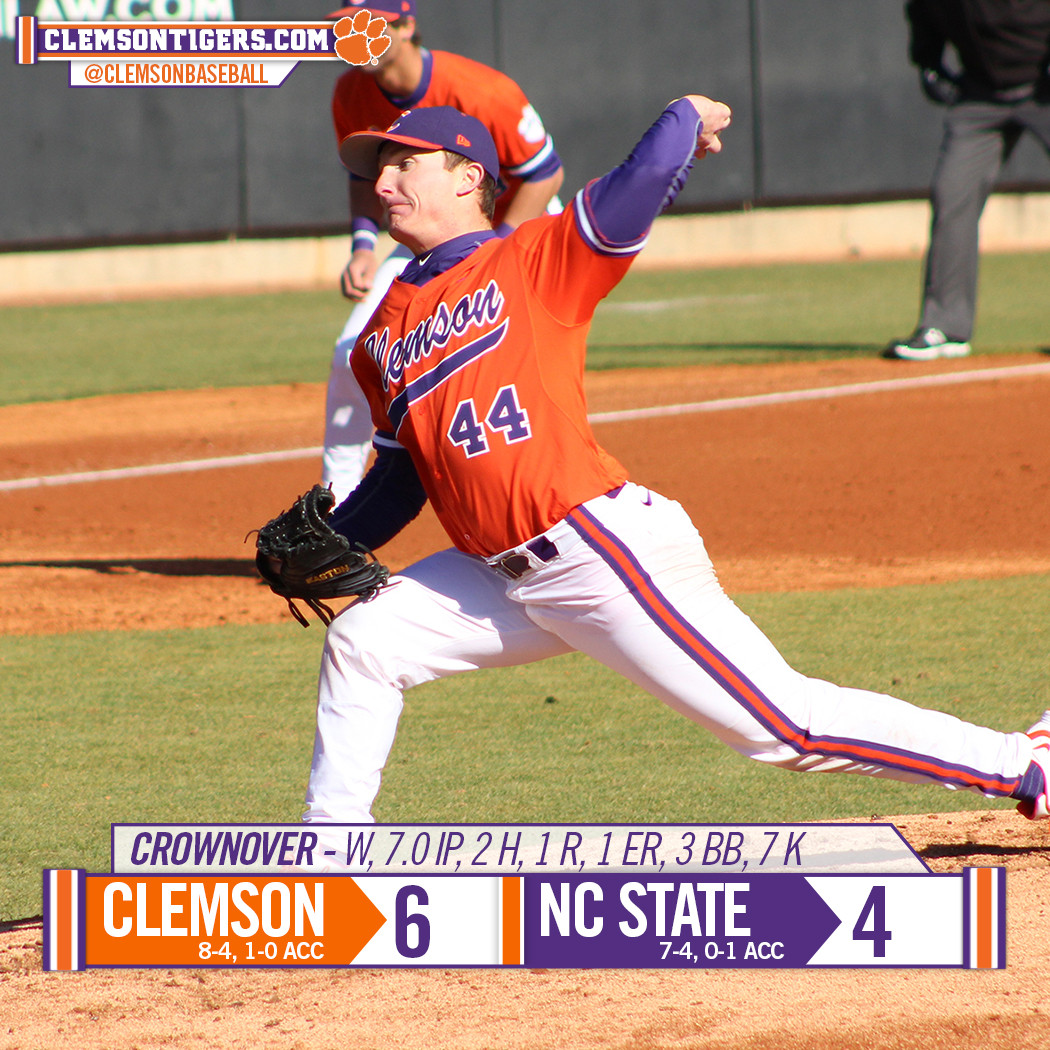 RALEIGH, N.C. – Junior lefthander Matthew Crownover allowed just one run on two hits in 7.0 innings pitched in Clemson’s 6-4 victory over NC State at Doak Field on Friday afternoon. The Tigers, who took a 1-0 lead in the series, improved to 8-4 overall and 1-0 in the ACC. The Wolfpack fell to 7-4 overall and 0-1 in ACC play.

In the first inning, Clemson took advantage of a Wolfpack error on a potential inning-ending, double-play grounder, as Steven Duggar belted a single to score Tyler Slaton. In the seventh inning, Clemson scored five two-out runs on three wild pitches, including Duggar scoring from second base on a wild pitch, and Chase Pinder’s run-scoring single to up its lead to 6-0. Jake Armstrong and Preston Palmeiro hit homers to narrow the Tigers’ lead to 6-4, but it was not enough.

The series continues Saturday at 3 p.m. on ESPN3.