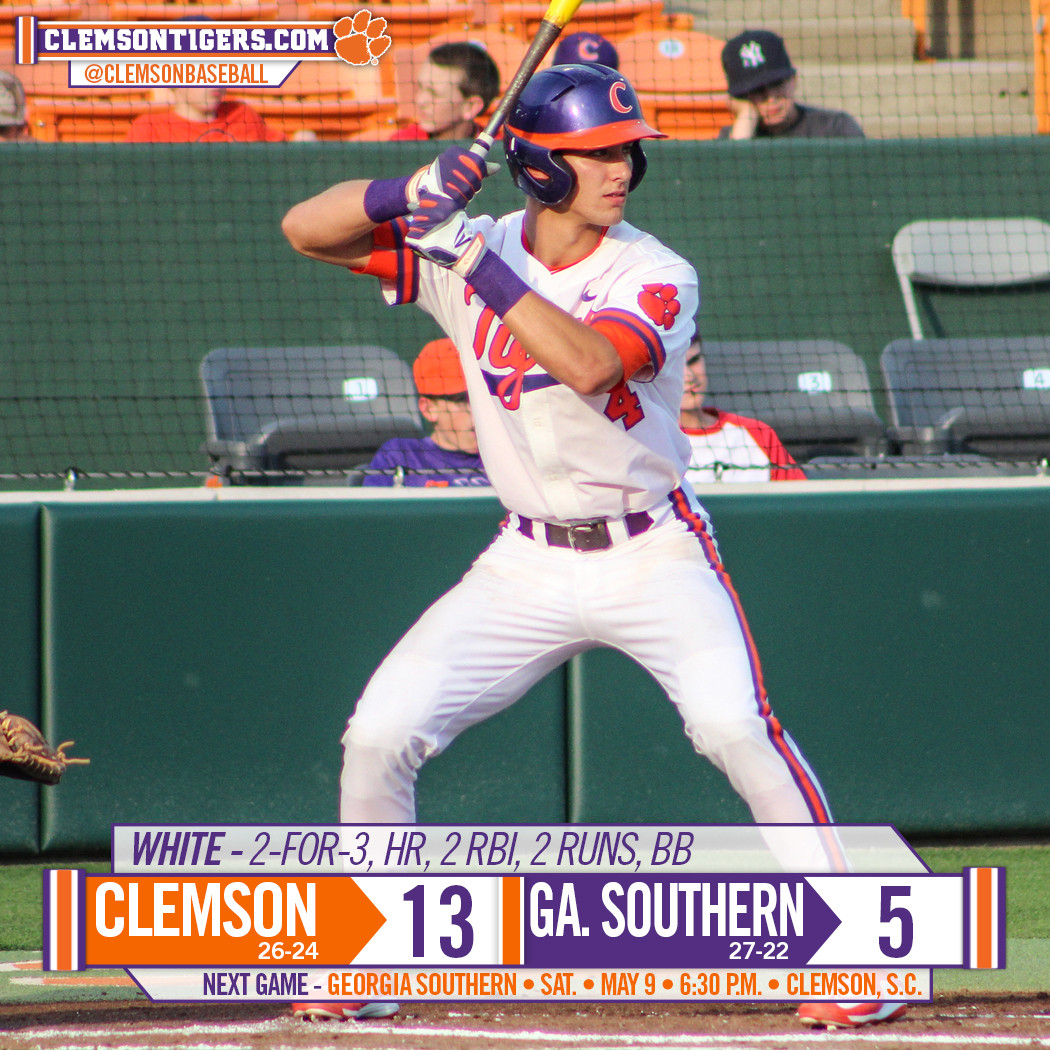 CLEMSON, S.C. – Chris Okey, Eli White and Steven Duggar all hit home runs and Weston Wilson tallied a career-high four hits to lead Clemson to a 13-5 victory over Georgia Southern at Doug Kingsmore Stadium on Friday night. The Tigers, who took a 1-0 lead in the series, improved to 26-24 on the season, while the Eagles fell to 27-22.

Crownover (9-1) earned the win by allowing six hits, three runs and one walk with eight strikeouts in 7.0 innings pitched. Eagle starter Evan Challenger (5-2) suffered the loss, as he yielded nine hits, including three homers, and five runs in 4.1 innings pitched. He entered the game with a 1.11 ERA and only one home run allowed in 65.0 innings pitched in 2015.

“We made good adjustments tonight to a good pitcher,” said head coach Jack Leggett. “He had a 1.11 ERA coming into the ballgame tonight and I can see why.”

The series continues Saturday at 6:30 p.m. Youth 12 and under receive free admission by wearing a camp or little league shirt.