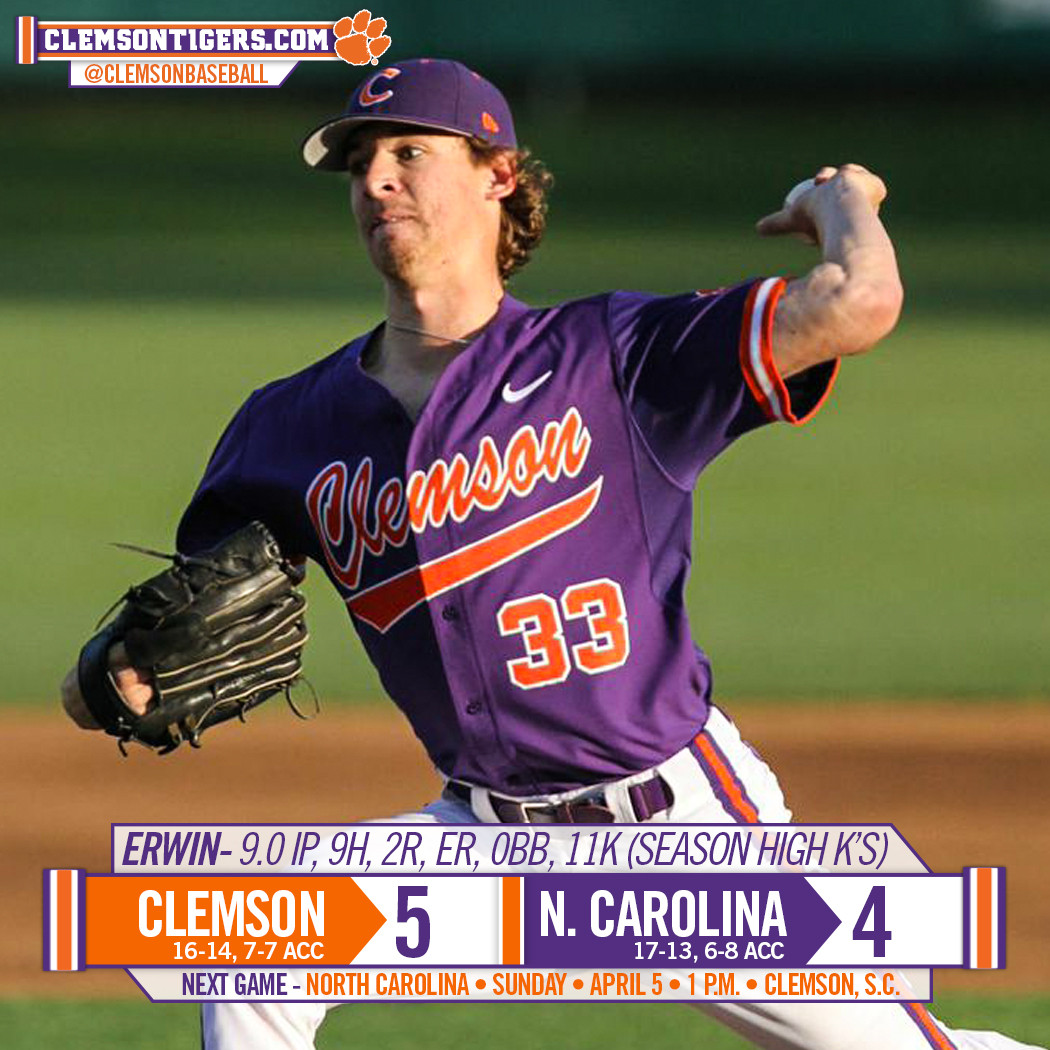 CLEMSON, S.C. – Reed Rohlman scored after an error in the 11th inning to give Clemson a 5-4 walkoff win over North Carolina at Doug Kingsmore Stadium on Saturday night. The Tigers, who took 2-0 lead in the series, improved to 16-14 overall and 7-7 in the ACC. The Tar Heels dropped to 17-13 overall and 6-8 in ACC play. It marks Clemson’s first series win over North Carolina since 2005.

After North Carolina scored two runs on a fielder’s choice in the top of the 11th inning to take a 4-2 lead, Steven Duggar drew a 10-pitch walk and Tyler Krieger drew a nine-pitch walk with one out in the bottom of the 11th inning. Rohlman followed with another walk to load the bases, then Duggar scored on a wild pitch. After Chris Okey was intentionally walked to reload the bases, Eli White hit a grounder to short, as Krieger scored the tying run on the throw to first. Adrian Chacon muffed the low throw, the ball went down the right-field line and Rohlman scored the game-winning run.

“Zack Erwin pitched outstanding for us and their pitcher (J.B. Bukauskas) pitched great,” said head coach Jack Leggett. “He’s probably one of the best power arms I’ve seen in the conference in a while. I thought Zack matched him up and made some big pitches when he had to.

“The at-bats by Duggar and Krieger were as good as it gets. Eli put the ball in play and good things happened.”

The series concludes Sunday at 1 p.m. Fans can purchase two reserved adult and two reserved youth tickets for only $20. It is also Sunday Funday, with family-friendly activities during the game and throughout Doug Kingsmore Stadium.