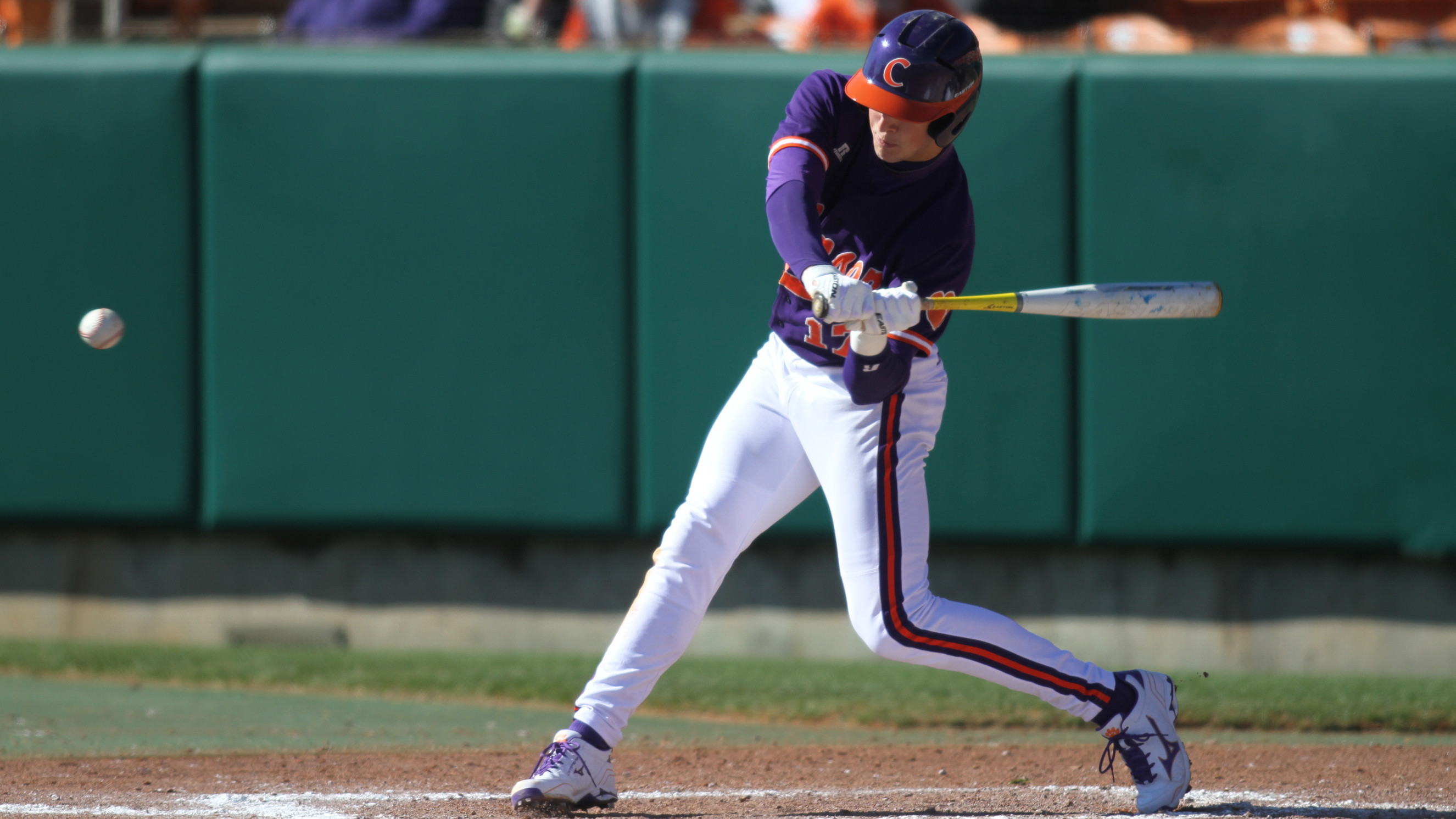 Steve Wilkerson went 2-for-4 with a solo homer and two RBIs to lead Clemson to a 5-3 win over Wright State in the first game of a doubleheader at Doug Kingsmore Stadium on Saturday afternoon.  The Tigers, who took a 1-0 lead in the series, improved to 3-1 on the season.  The Raiders fell to 3-1 in 2013.

Daniel Gossett (1-0) earned the win by tossing 5.0 effective innings in a starting role.  He gave up six hits, one run, and two walks with six strikeouts.  Matt Campbell recorded his second save of the year by retiring the last batter of the game.

The Tigers took advantage of an error to score the game’s first run in the first inning.  Thomas Brittle led off with a walk and Steven Duggar singled to left field.  Wilkerson popped up his bunt to third-baseman Michael Timm, then Timm’s throw to second base in an attempt to double off Brittle was errant, allowing the runners to move up a base.  Brittle scored on Shane Kennedy‘s sacrifice fly to right field.

The Raiders evened the score in the top of the third inning.  Sam Picchiotti led off with a double to right-center and advanced to third on a wild pitch.  Three batters later with two outs, Mark Fowler grounded a single through the left side to plate Picchiotti.

In the bottom of the third inning, Wilkerson, a junior switch-hitter, smacked a solo homer to right-center, his first home run of the season, second of his career, and first as a lefthanded batter.

The Tigers extended their lead in the fifth inning.  Brittle reached on a one-out walk and stole second.  Two batters later, Wilkerson flared a two-out single to left-center to score Brittle.

In the eighth inning, Kennedy and Jon McGibbon led off with walks, then both moved up a base on a balk.  Kennedy scored on a wild pitch, then Jay Baum singled down the right-field line to score McGibbon.

In the ninth inning, Justin Kopale and Beau Phillips hit one-out singles and moved up a base on Timm’s groundout.  Picchiotti flared a two-out single to center to score Kopale and Phillips, then Garrett Gray ripped a single through the left side.  But with the potential tying run on first base, Jeff Limbaugh flied out to right field to end the game.

Wilkerson led the Tigers by going 2-for-4 with a homer and two RBIs.

Picchiotti went 3-for-5 with two doubles and two RBIs to lead Wright State, who outhit the Tigers 10-7.

Clemson and Wright State will play the second game of the doubleheader and game-two of the three-game series on Saturday at approximately 4:35 PM.