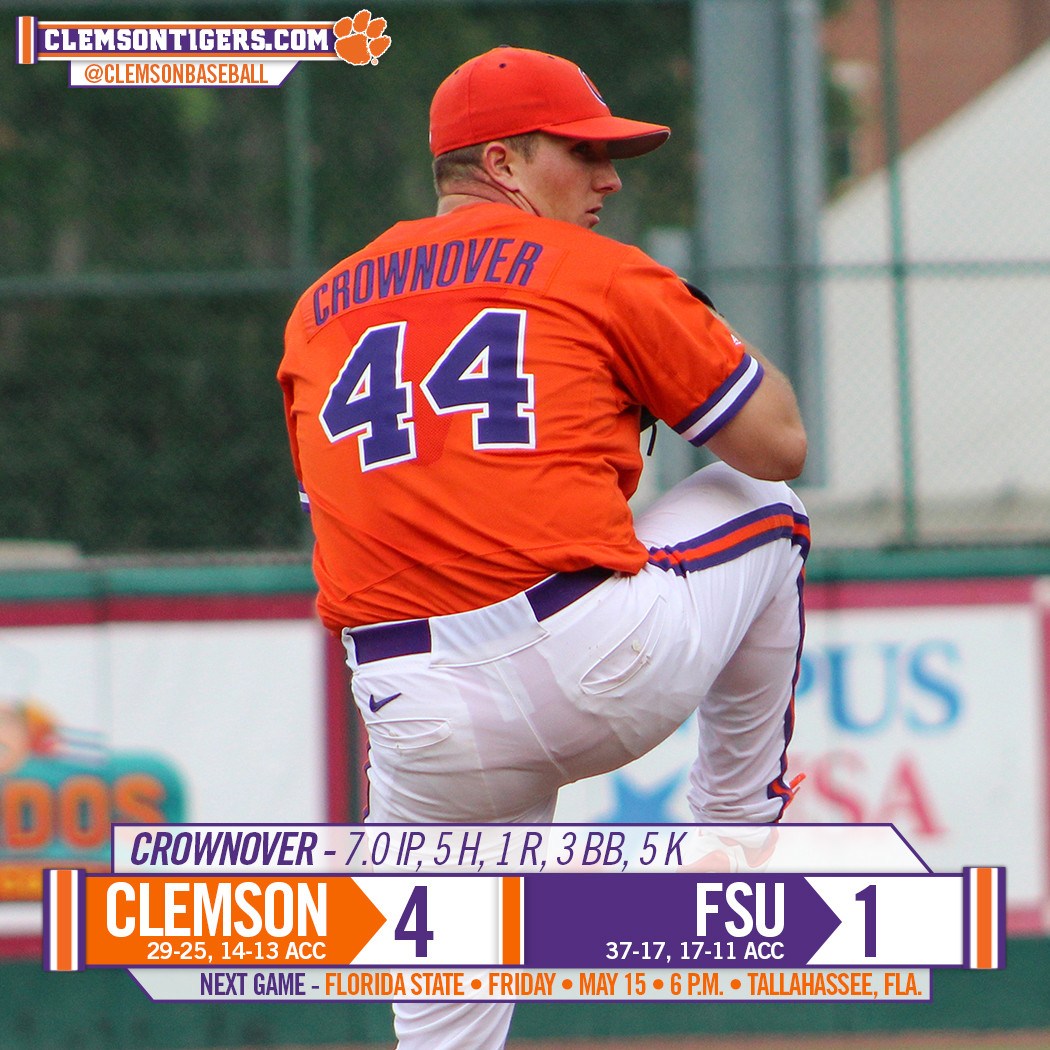 TALLAHASSEE, FLA. – Matthew Crownover allowed just one run on five hits in 7.0 innings pitched to lead Clemson to a 4-1 win over No. 8 Florida State at Dick Howser Stadium on Thursday night. The Tigers, who took a 1-0 lead in the series, improved to 29-25 overall and 14-13 in the ACC. The Seminoles fell to 37-17 overall and 17-11 in ACC play. With the victory, Clemson clinched its spot in the ACC Tournament, which will be held next week at Durham (N.C.) Bulls Athletic Park.

Crownover (10-1) earned the win by giving up just five hits, one run and three walks with five strikeouts. He became the first Tiger with 10 wins in a season since 2013 (Daniel Gossett) and the first Tiger lefthander with double-digit wins since 1996 (Ken Vining). Pat Krall pitched the final 2.0 innings to record his third save of the season. Seminole starter Boomer Biegalski (5-4) suffered the loss, as he yielded eight hits, four runs (two earned) and three walks with six strikeouts in 6.0 innings pitched.

Dylan Busby led off the second inning with a home run, then Chris Okey belted a run-scoring double in the fourth inning to tie the score. Steven Duggar hit a run-scoring single in the fifth inning to extend his hitting streak to 12 games and Clemson scored single runs in the sixth and seventh innings, both on Seminole errors.

The series continues Friday at 6 p.m. on ESPN3.