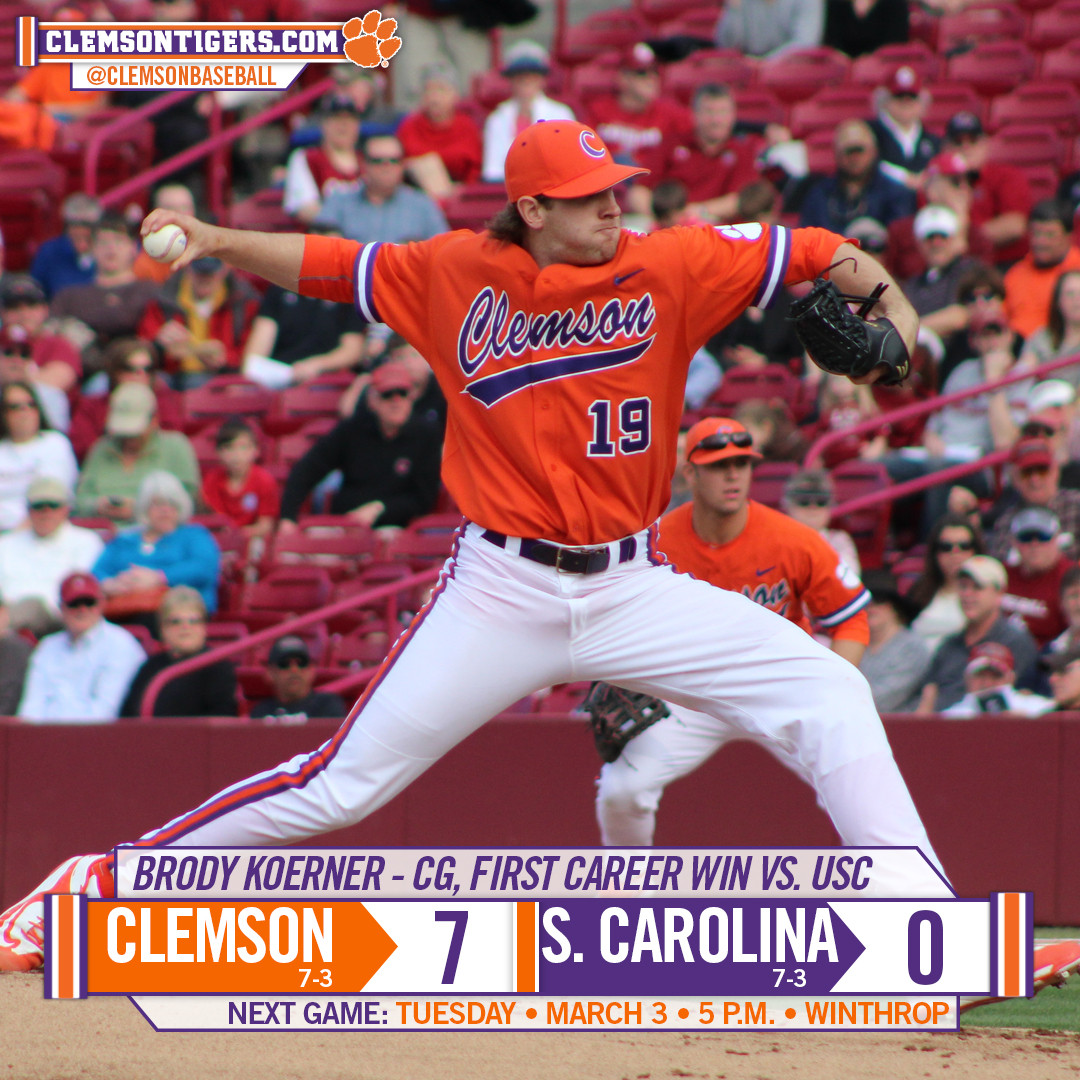 “I’m really excited about how we played tonight,” said Head Coach Jack Leggett. “Brody Koerner was outstanding on the mound. I don’t think I’ve seen someone come out from start to finish and dominate like he did. I thought we played really well offensively, got some timely hits and situational hits when we needed to. We played great defense and it was an all-around complete game.”

Koerner (2-1), who won the Bob Bradley Award as Clemson’s MVP of the three-game series, earned the victory in his first career appearance against the Gamecocks. South Carolina starter Josh Reagan (0-1) suffered the loss.

The Tigers scored single runs in the second and third innings, highlighted by Eli White’s two-out, run-scoring single on a 1-2 pitch in the second inning. In the seventh inning, Steven Duggar belted a double to score Reed Rohlman, then Tyler Krieger, who earlier extended his hitting streak to 12 games, scored on Chris Okey’s groundout. Duggar also scored on a wild pitch. Clemson added two insurance runs in the ninth inning.

The Tigers return to the diamond Tuesday when they host Winthrop at 5 p.m. It is Tiger Cub Tuesday, as any IPTAY Tiger Cub Club member who presents their Tiger Cub ID at Doug Kingsmore Stadium receives free admission when accompanied by a paying adult.