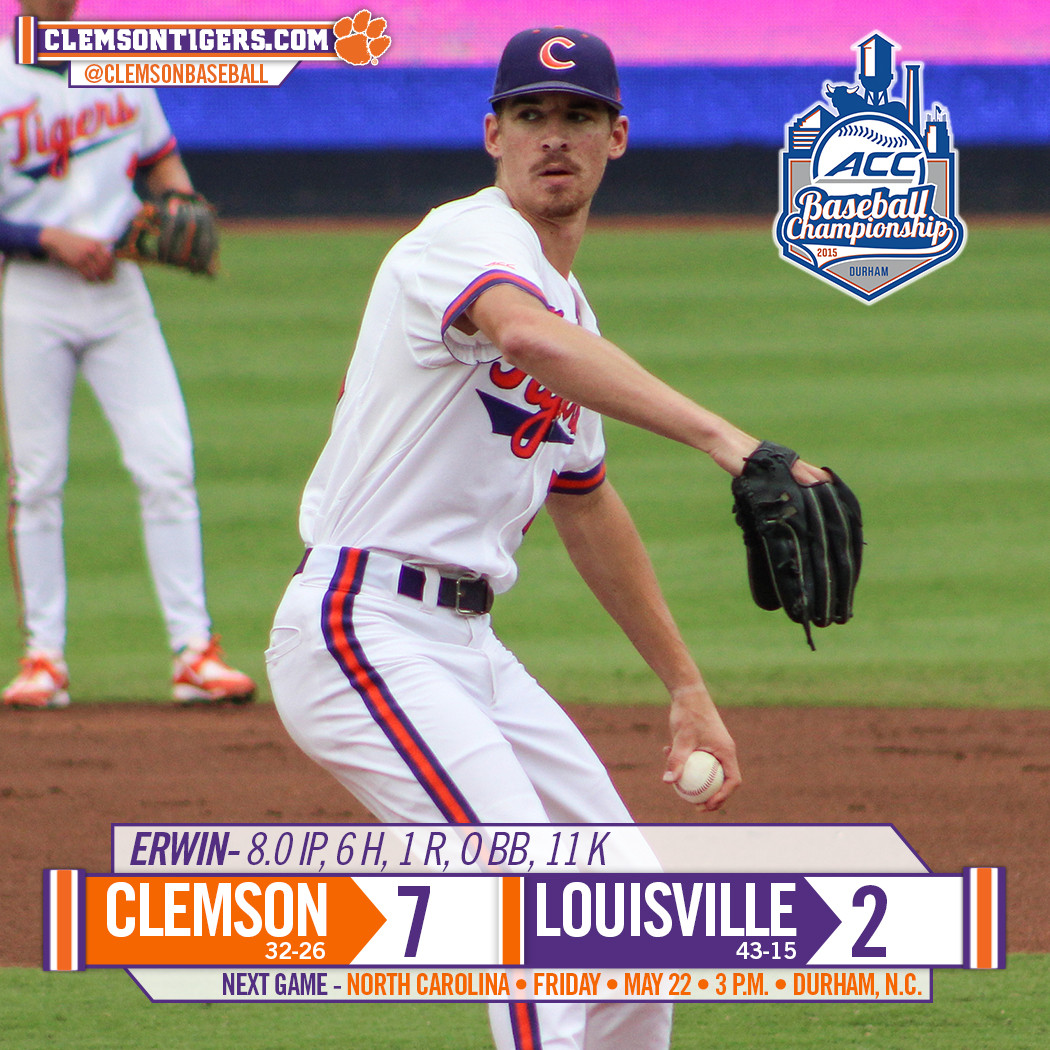 DURHAM, N.C. – Clemson scored five runs in the first two innings and Zack Erwin struck out 11 batters in the Tigers’ 7-2 victory over No. 3 Louisville in the ACC Tournament at Durham Bulls Athletic Park on Thursday. The Tigers, who upped their record to 1-1 in the tournament, improved to 32-26 on the season. The Cardinals, who fell to 1-1 in the tourney, dropped to 43-15 in 2015.

“I thought we played exceptionally well tonight,” said head coach Jack Leggett. “(I’m) proud of our team. We bounced back after last night. Zack was outstanding on the mound. I thought he was really in control. I thought our offense was right on the mark right from the very beginning. We did some really good things offensively early in the game and then continually throughout the game.”

The Tigers play No. 8 seed North Carolina on Friday at 3 p.m. on RSN and ESPN3. Clemson is the designated visiting team and will occupy the first-base dugout.