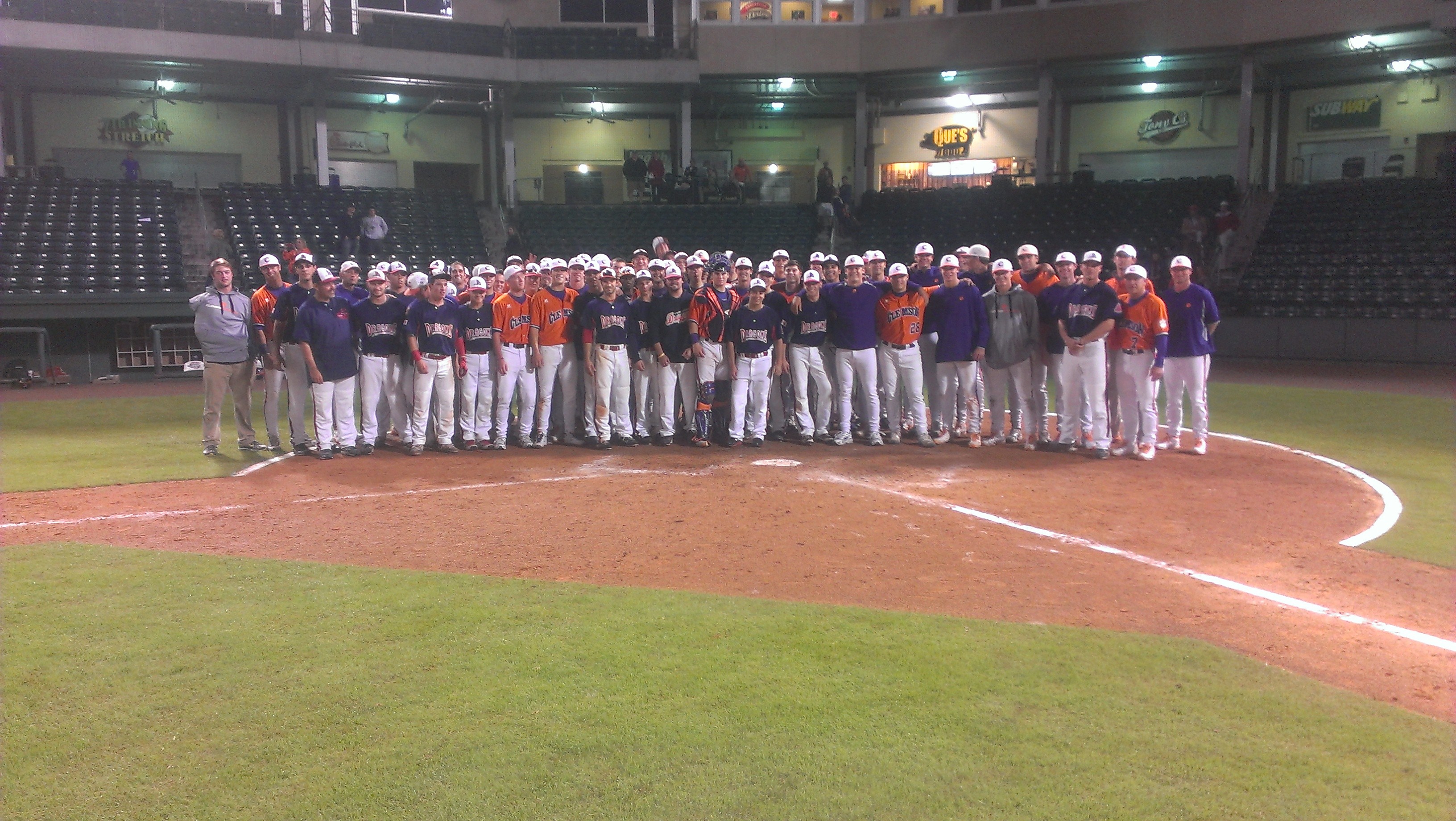 Clemson scored seven runs in the sixth inning and six runs in the seventh inning to pull away for a 22-2 win over LaFleche on Thursday night at Fluor Field.  The Dragons, a team from Trois-Rivieres, Quebec, is traveling down the East coast playing nine games during the fall.  The Tigers are in the midst of fall practice, which will conclude the weekend of November 1-3 with the Orange & Purple Scrimmages at Doug Kingsmore Stadium.

Clemson took the lead for good with two runs in the second inning on Weston Wilson’s line-drive single to left field with two outs to score Jay Baum and Tyler Slaton‘s double to right field that plated Wilson.

After Clemson scored a run in the third, Jon McGibbon led off the fourth inning with a double to right field and scored on Slaton’s ground-rule double down the right-field line.  Maleeke Gibson‘s sacrifice fly scored Wilson and Tyler Krieger‘s two-out single to left scored Slaton to give Clemson a 6-0 lead.

Shane Kennedy ripped a double down the left-field line in the sixth inning to score Wilson.  Later in the frame, Steven Duggar drew a bases-loaded walk, then Chris Okey lined a sacrifice fly to left field to score Kennedy.  Steve Wilkerson‘s two-out double off the wall in right field plated two more runs, then Andrew Cox blasted a run-scoring triple to right-center and scored on a wild pitch to up Clemson’s lead to 13-0 with its seven-run inning.

The Dragons dented the scoreboard with two runs in the top of the seventh inning without the benefit of a hit.

In the bottom of the seventh inning, Okey drew a bases-loaded walk, then Wilkerson was hit-by-pitch with the bases loaded.  Clemson added four more runs in the frame, highlighted by Mike Dunster‘s two-run single.

The Tigers plated three runs in the eighth inning, highlighted by Andrew Cox‘s second triple of the game.

The Dragons registered their first hit of the game in the ninth inning when Maxime Robillaire singled up the middle.