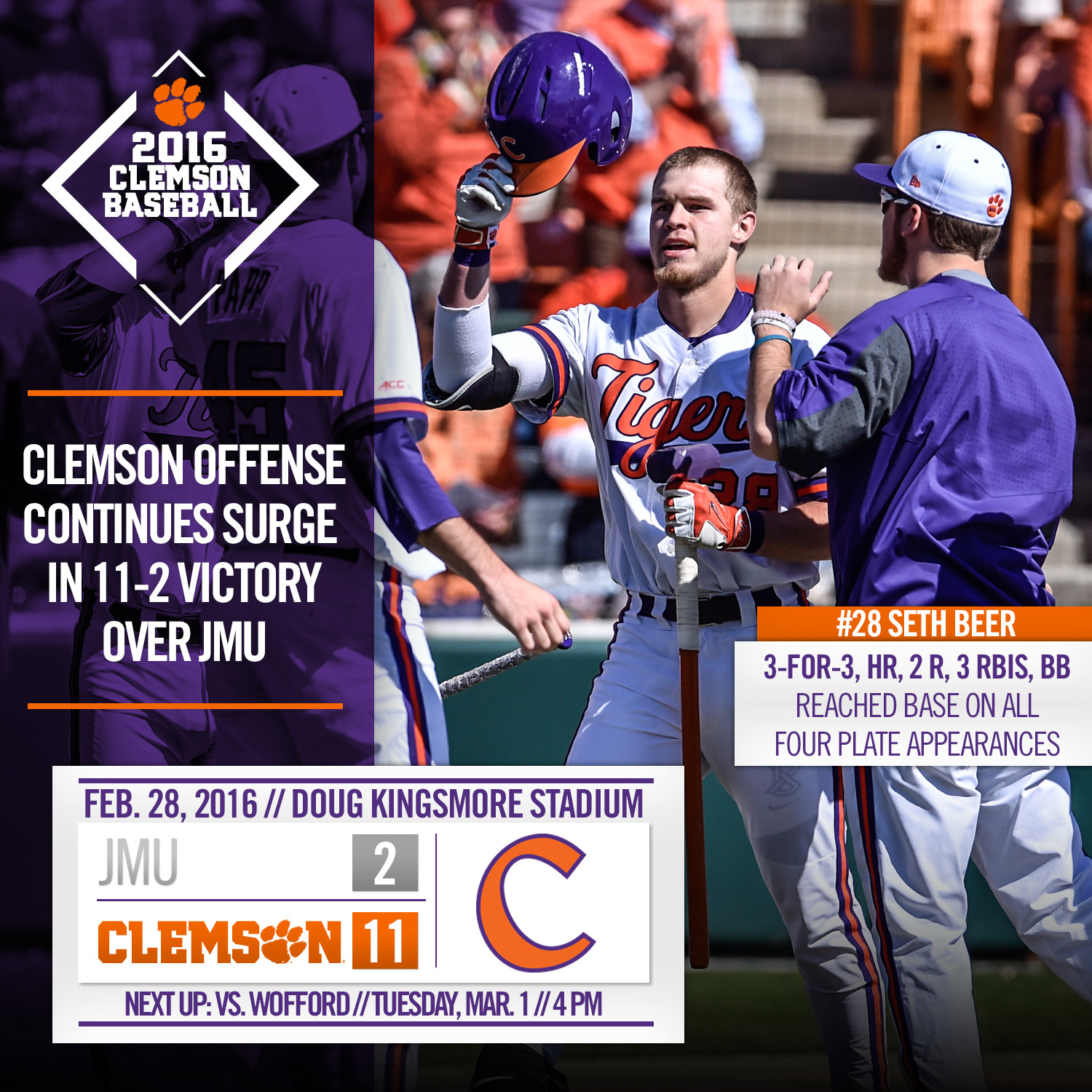 CLEMSON, S.C. – Reed Rohlman and Seth Beer both totaled three hits and three RBIs in Clemson’s 11-2 win over James Madison at Doug Kingsmore Stadium on Sunday afternoon. The Tigers, who swept the series by a combined score of 27-4, won their fifth game in a row and improved to 5-1 on the season. The Dukes dropped to 2-5.

Trailing 1-0, Clemson erupted for five runs in the second inning, highlighted by Beer’s opposite-field, two-run homer, his second long ball of the season, to left field into the wind. The Tigers added three runs in both the fourth and sixth innings to pull away. Beer led the Tigers’ 15-hit attack by going 3-for-3 with a homer, three RBIs, two runs and a walk.

The Tigers conclude their seven-game homestand on Tuesday when they host Wofford at 4 p.m., at Doug Kingsmore Stadium. Fans can purchase four tickets and a $10 concession voucher for only $30. Fans can also buy one regular-price ticket and get one of equal value for free. Live video is available for free on TigerCast at ClemsonTigers.com as well.