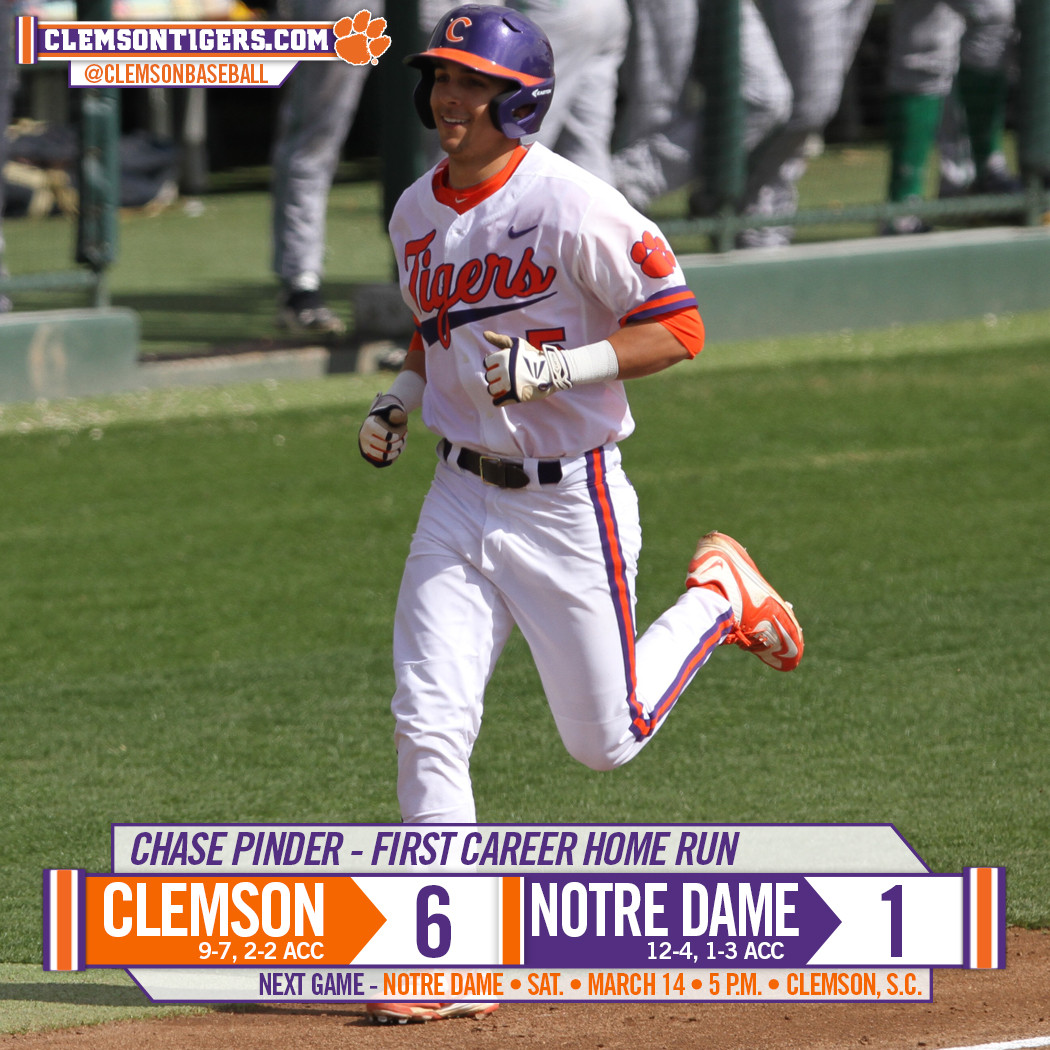 CLEMSON, S.C. – Matthew Crownover allowed no earned runs and three hits in 8.0 innings pitched to lead Clemson to a 6-1 victory over Notre Dame in the first game of a doubleheader at Doug Kingsmore Stadium on Saturday afternoon. The Tigers, who took a 1-0 lead in the series, improved to 9-7 overall and 2-2 in the ACC. The Fighting Irish fell to 12-4 overall and 1-3 in ACC play. It was only the second meeting between the two at Doug Kingsmore Stadium and the first since 1994.

Crownover (4-0) earned the win, as he did not allow an earned run and struck out six against four walks. Notre Dame starter Scott Kerrigan (1-2) suffered the loss, as he yielded five runs on six hits in 6.0 innings pitched.

Clemson jumped out to a 2-0 lead in the first inning, highlighted by Reed Rohlman’s run-scoring double. After the Tigers added a run in the third inning and Notre Dame answered with an unearned run in the top of the sixth inning, Chase Pinder belted a two-out, two-run homer down the left-field, his first career long ball, to give Clemson a 5-1 lead.

The Tigers and Fighting Irish play game-two of the doubleheader and series Saturday at approximately 5:10 p.m. on ESPN3. Children 12 and under receive free admission with a paying adult. Also, join us for an exciting 10-minute postgame fireworks show after tonight’s game.