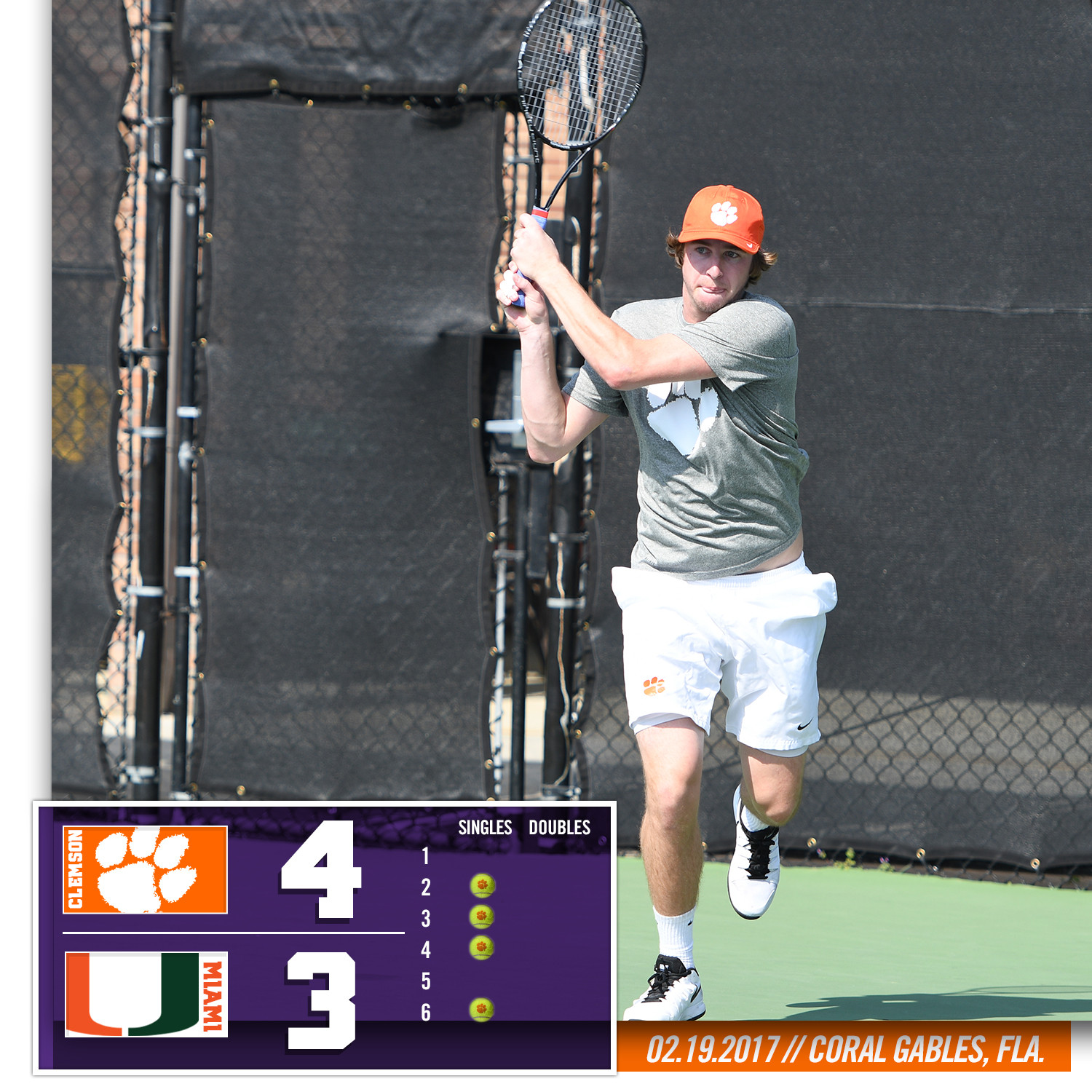 Miami took care of business in doubles with victories on courts one and two to clinch the doubles point. Seniors Daffra Sanon and Arturo Pinazo were leading 5-4 on court three, but that was not enough for the Tigers in doubles play. The Canes claimed a pair of 6-3 victories to take the 1-0 advantage heading into singles.

“Our guys made a big commitment this week to doing extras. We did more extras this week than we did all fall. This win validates their work, and I am proud of the toughness they showed today,” said Head Coach John Boetsch. “We did a better job with our fundamentals and how we finished different situations.”