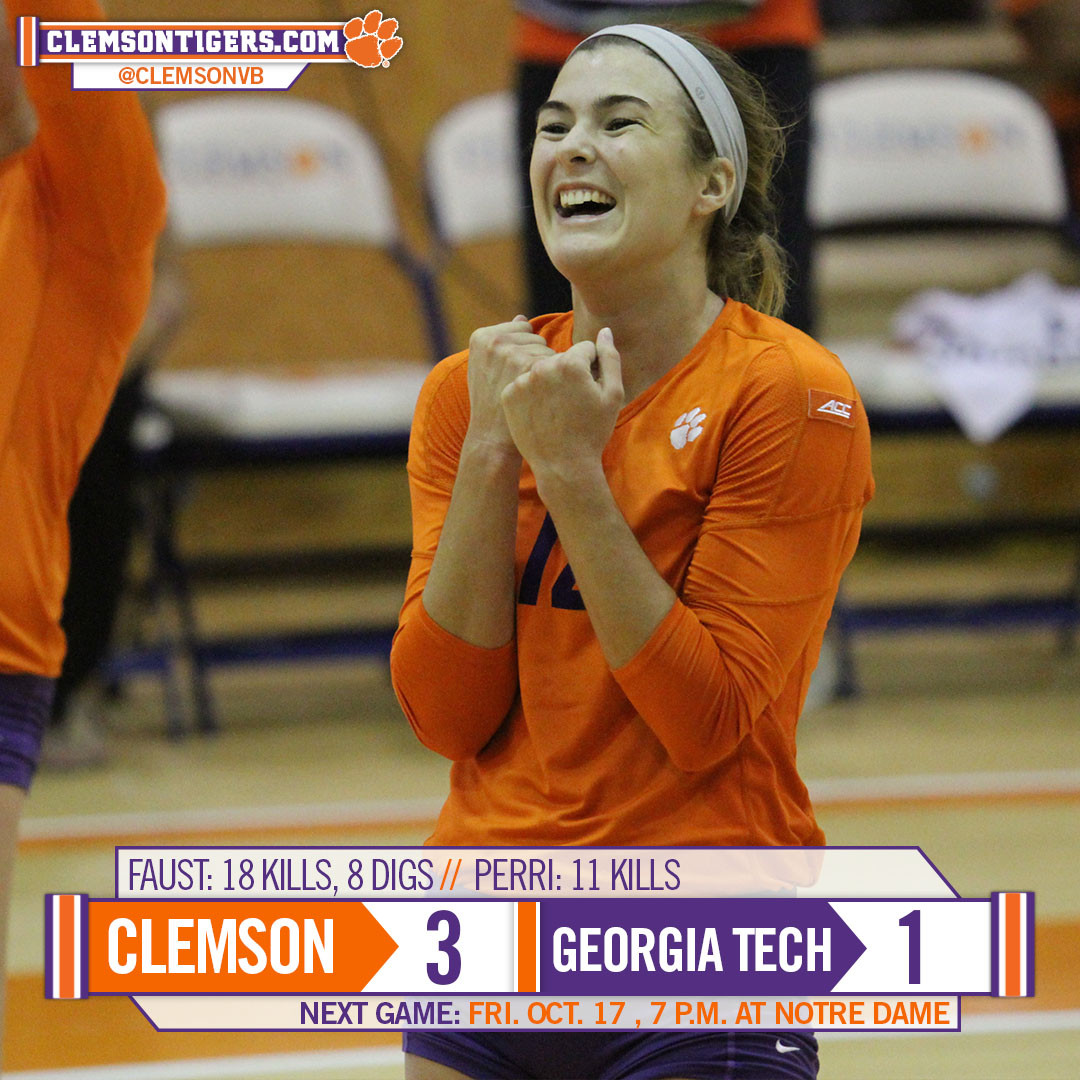 Kristin Faust’s offensive play was a key part in the Tigers’ victory over the Yellow Jackets. The senior led all hitters on the court with 18 kills on 38 swings and hit .316 on the match. Sophomore Leah Perri followed close behind with 11 kills. Karis Watson hit .636 with eight kills on 11 swings and both Haleigh Hampton and Beta Dumancic hit just under .500 with seven and six kills, respectively.

Freshman setter Kate Federico dished out 44 assists, helping the Tigers to a .339 team hitting percentage. The rookie now has 672 assists on the season for a 9.88 per set average. She currently ranks fifth in school history in terms of assists in a single season by a freshman, and needs just 81 to move into fourth place in the category.

Clemson’s defense at the net was able to shut down Georgia Tech’s key hitters. The Tigers put down 12 total blocks as a team, led by Watson, who had six, and Dumancic and Kate Federico with five apiece.

The Tigers had the momentum in sets one and two, but lost their rhythm in set three and were forced into a fourth. The teams were neck and neck all set, before Clemson took a 21-20 lead and was able to pull away to win 25-22 and take the match 3-1.

The Tigers step back onto the court on Friday, Oct. 17 in South Bend, Ind. against Notre Dame at 7 p.m. They return home Sunday, Oct. 19 at 1 p.m. to host Pittsburgh.