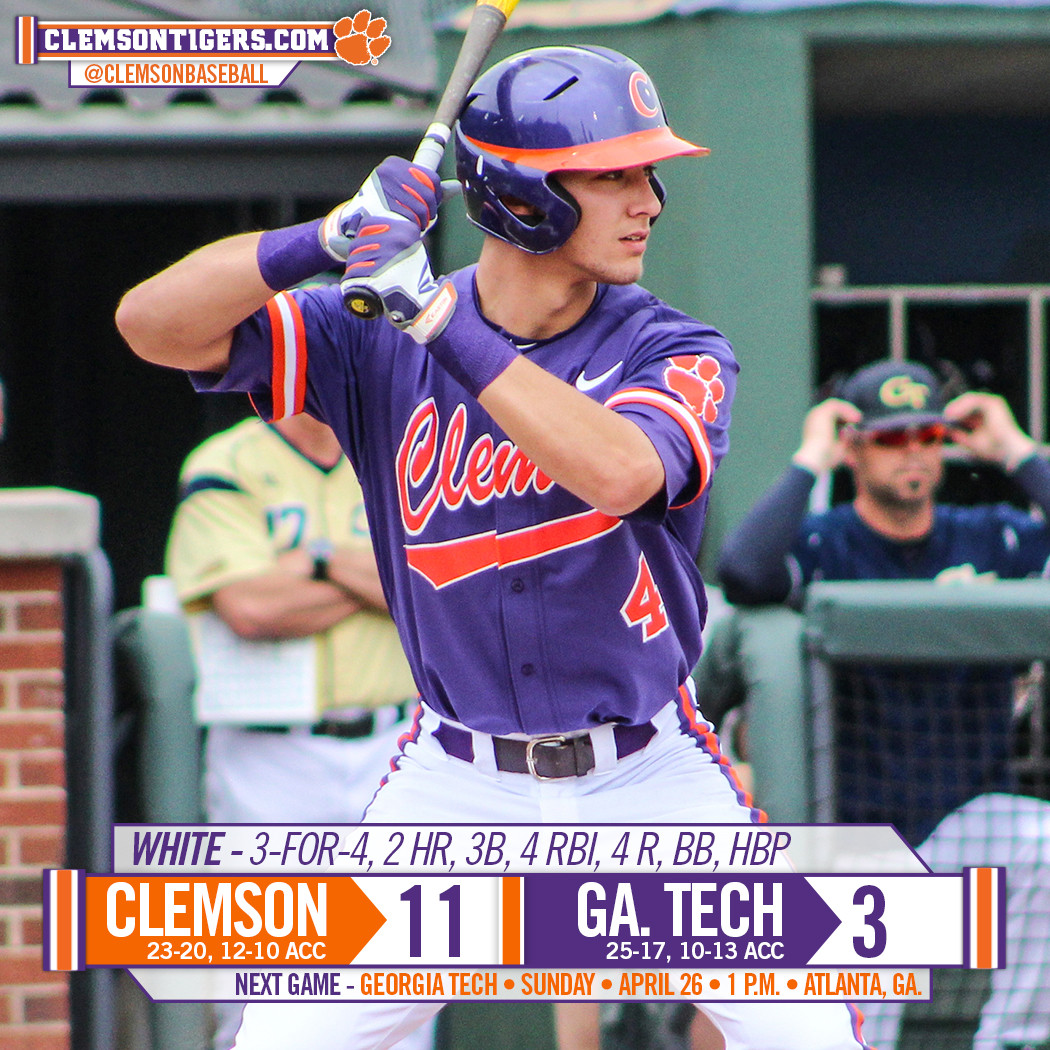 ATLANTA, GA. – Eli White hit two of Clemson’s three home runs in the Tigers’ 11-3 victory over Georgia Tech at Russ Chandler Stadium on Saturday afternoon. The Tigers, who evened the series 1-1 and became the ninth Division I program to reach the 2,700-win mark, improved to 23-20 overall and 12-10 in the ACC. The Yellow Jackets fell to 25-17 overall and 10-13 in ACC play.

White’s first long ball, a two-run shot, gave Clemson a 2-1 lead in the third inning, then Tyler Krieger hit a solo homer later in the frame. White, a sophomore who entered the game with one career home run, belted a solo homer in the fifth inning. White added a triple in the top of the seventh inning and scored on Steven Duggar’s sacrifice fly.

After the Yellow Jackets scored a run in the bottom of the seventh inning to cut Clemson’s lead to 5-3, Duggar belted a two-out, two-run single in the eighth inning, then White scored on a wild pitch. Clemson added three insurance runs in the ninth inning.

Starter Zack Erwin (4-3) earned the win by pitching 7.0 effective innings. He gave up seven hits, three runs and one walk with seven strikeouts. Cole Pitts (0-5) suffered the loss, as the starter allowed four runs on four hits in 4.1 innings pitched.

The series concludes Sunday at 1 p.m. on ESPN3.