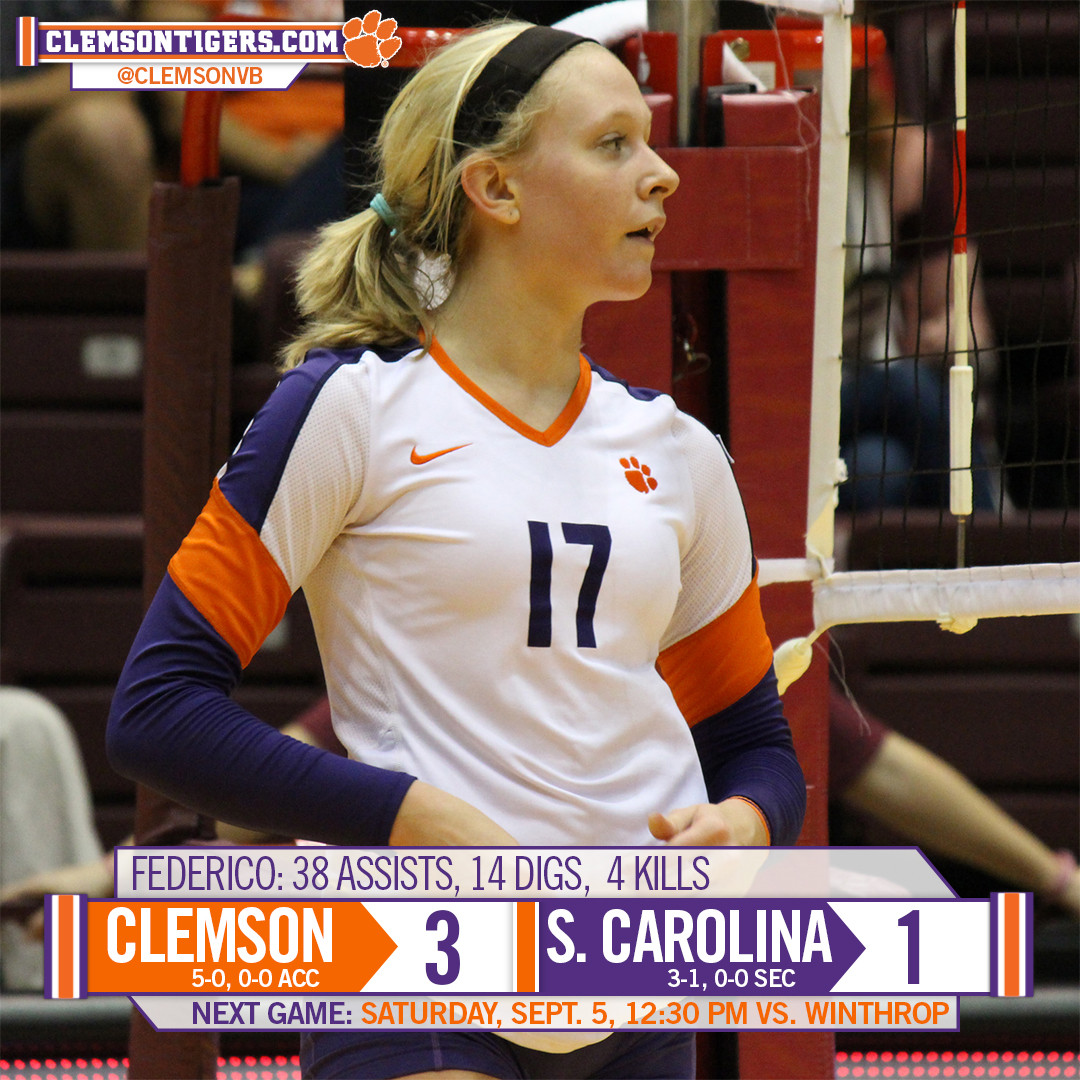 It was Clemson’s second straight win in the rivalry, as the Tigers closed the gap in the all-time series to 24-36. After allowing the Gamecocks to hit .407 in the first set, the Tiger defense held South Carolina to .000 hitting the rest of the way.

Freshman setter Kate Federico guided a balanced offensive attack, as Clemson got double-figure kills from Leah Perri (11), Kristin Faust (11), and Haleigh Hampton (11). Federico, who entered the match second in the ACC in assists per set, tallied 38 helpers with 14 digs and four kills.

Senior middle Karis Watson put down 7 kills and 4 blocks in front of her home crowd.

Clemson will return to action at 12:30 p.m. Saturday against the host Eagles before taking on Furman at 4:30 p.m. to close tournament play. The Tigers are back at home next weekend in the Clemson Classic. 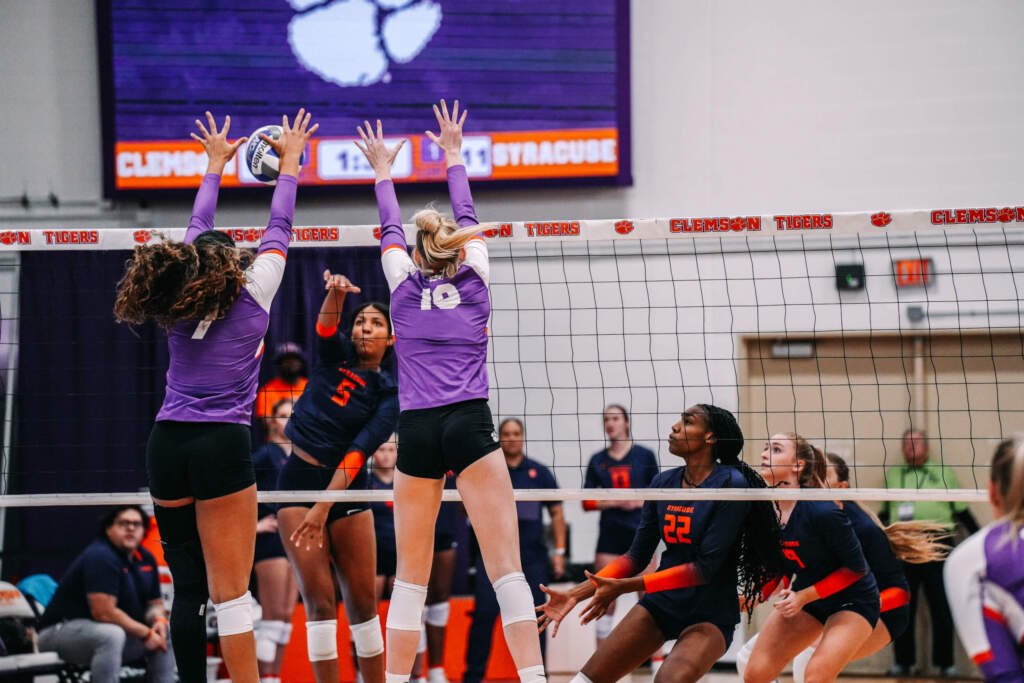 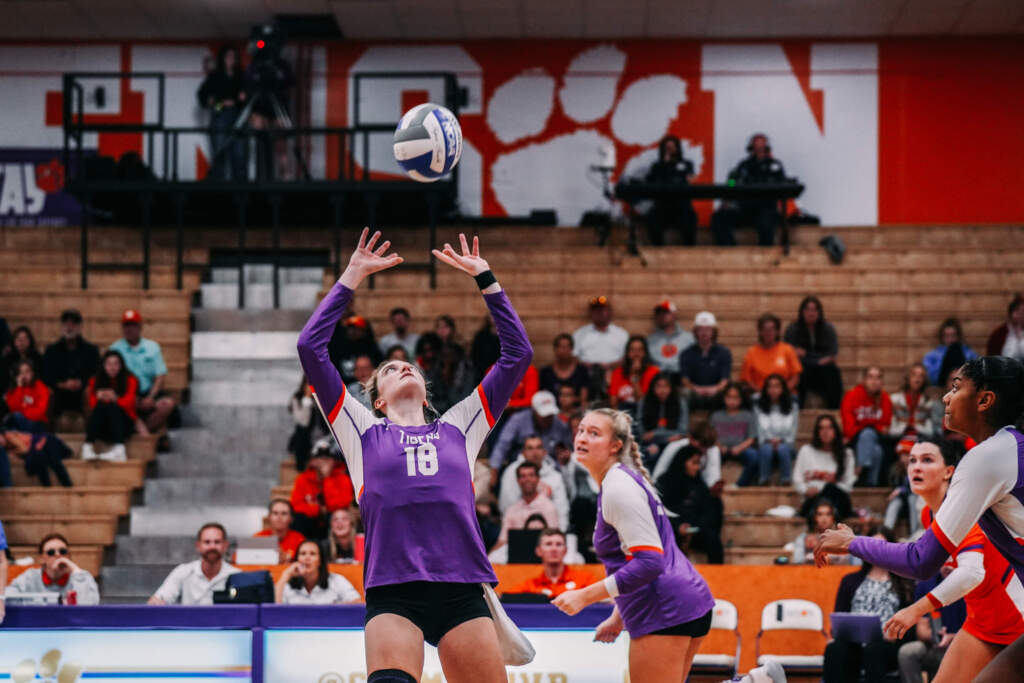