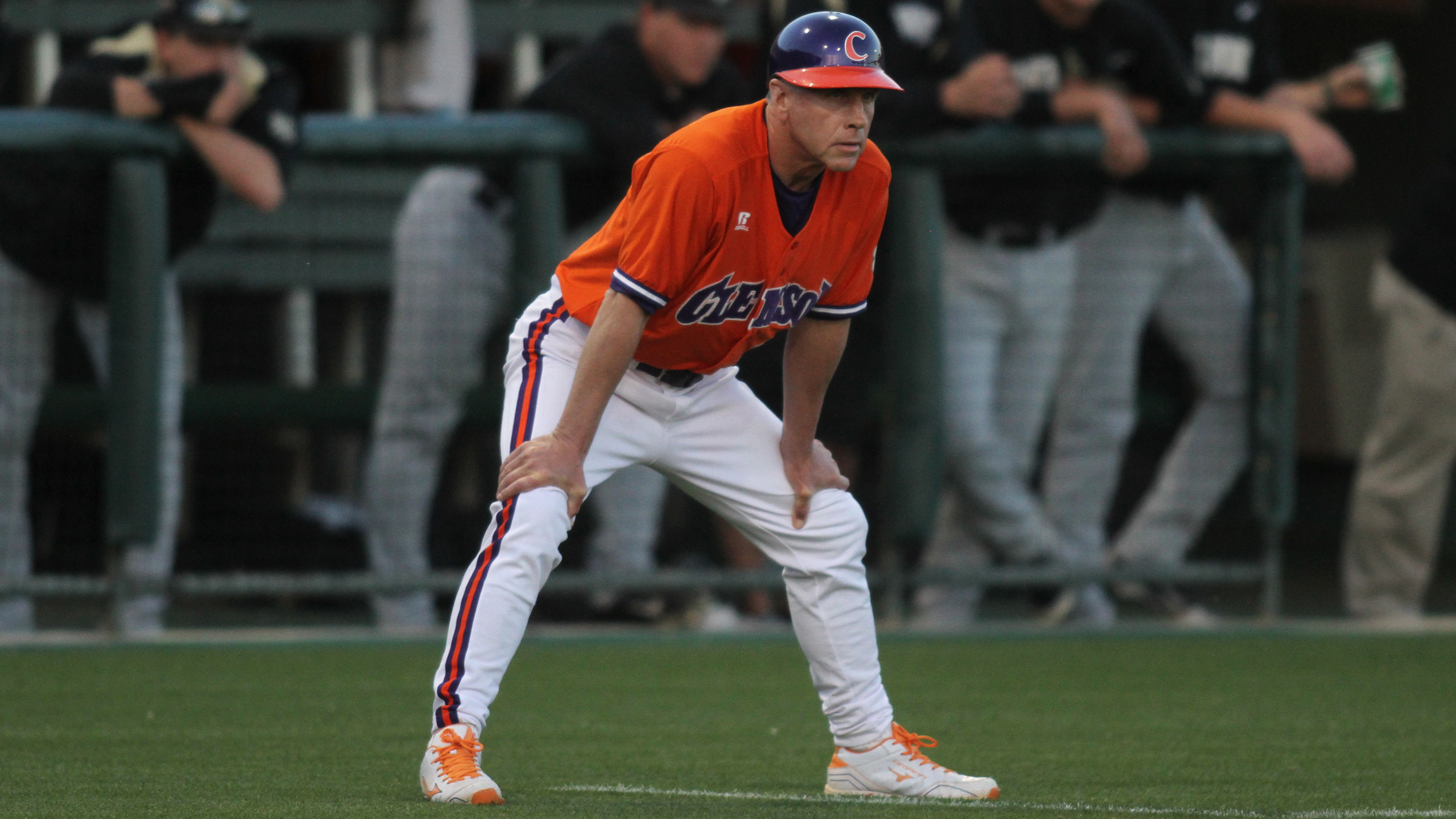 Clemson vs. Western CarolinaClemson (27-13), ranked as high as #13 in the nation, will host Western Carolina (26-16 entering Tuesday’s game against Kennesaw State) on Wednesday at Doug Kingsmore Stadium. First pitch is scheduled for 6:30 PM. The game will be available via webcast on TigerCast at ClemsonTigers.com. The game will also be broadcast live on the radio by WCCP (104.9 FM) out of Clemson. Live stats will be available online at ClemsonTigers.com as well.

The SeriesClemson and Western Carolina have met 70 times, with the Tigers leading 55-15 in the series dating to the 1974 season. The two teams have played at least one game every year since 1978. Earlier this season on April 9, the Tigers defeated the Catamounts 12-9 in Cullowhee, NC. Clemson led 9-3 before Western Carolina scored six runs in the seventh inning to tie the score. But the Tigers scored three runs in the ninth inning for the three-run victory.

Western Carolina defeated Clemson twice in one year for the first time ever in 2012 when the Catamounts won both games of the home-and-home series. Western Carolina won 8-4 in Cullowhee on March 14, then totaled 22 hits in its 13-8 win at Doug Kingsmore Stadium on April 4.

The Tigers lead 38-5 in games played at Clemson, all of which have been played at Doug Kingsmore Stadium. Jack Leggett has a 29-10 mark against Western Carolina as Clemson’s head coach, including 19-4 at Doug Kingsmore Stadium. Leggett served as head coach at Western Carolina from 1983-91 and won 302 games in nine seasons there. He was also 3-15 against the Tigers as the Catamount skipper.

The Starting PitchersBoth starting pitchers for Wednesday’s game have yet to be announced.

The CatamountsWestern Carolina, led by sixth-year Head Coach Bobby Moranda, enters Tuesday’s game against Kennesaw State with a 26-16 overall record and 15-6 Southern Conference mark after sweeping Georgia Southern at home over the weekend. The Catamounts, who have won seven games in a row since losing to Clemson on April 9, is 8-6 on opponents’ home fields in 2013.

The TigersClemson, ranked as high as #13 in the nation, enters Wednesday’s game against Western Carolina with a 27-13 overall record and 13-8 ACC mark after falling twice in three games at Miami (FL) last weekend. The Tigers, who have won 11 of their last 13 games, are 17-7 at home in 2013.

Tyler Slaton is hitting a team-best .324. Shane Kennedy is batting .307 with four doubles, three triples, two homers, a team-high .400 on-base percentage, and 10 steals, while Garrett Boulware is batting .303 with seven homers and 31 RBIs.

The pitching staff has a 3.08 ERA and .257 opponents’ batting average in 362.0 innings pitched. The staff has allowed 123 walks against 248 strikeouts, good for a 2.02 strikeout-to-walk ratio. Junior righty Matt Campbell has six of the team’s 12 saves, while senior righthander Scott Firth has three saves. The Tigers are fielding at a .972 clip as well.

PollsThe Tigers remained in the top 25 of two polls after going 1-2 last week. Clemson fell one spot to #13 in the Collegiate Baseball poll and dropped five spots to #25 in the Baseball America rankings. The Tigers fell out of the Sports Weekly coaches poll after their #24 ranking last week.

The victory at Boston College was Clemson’s first by a score of 1-0 since May 16, 2006, when the Tigers defeated College of Charleston at home.

Koerner Another Freshman ContributorRighthander Brody Koerner (Concord, NC) has joined Matthew Crownover, Zack Erwin, and Clate Schmidt as freshmen who have made a significant contribution to Clemson’s 3.08 team ERA in 2013. In 18.2 innings pitched over six appearances (three starts), he has a 2.89 ERA with 15 strikeouts as one of the team’s top midweek starters. He has held the opposition to a .254 batting average, including a .206 batting average with runners on base.

The four freshmen mentioned above along with Clemson’s other freshman who has appeared on the mound (Jackson Campana) have combined to pitch 144.1 innings, allowing 51 earned runs. That equates to a 3.18 ERA for the Tigers’ five freshmen in 2013.