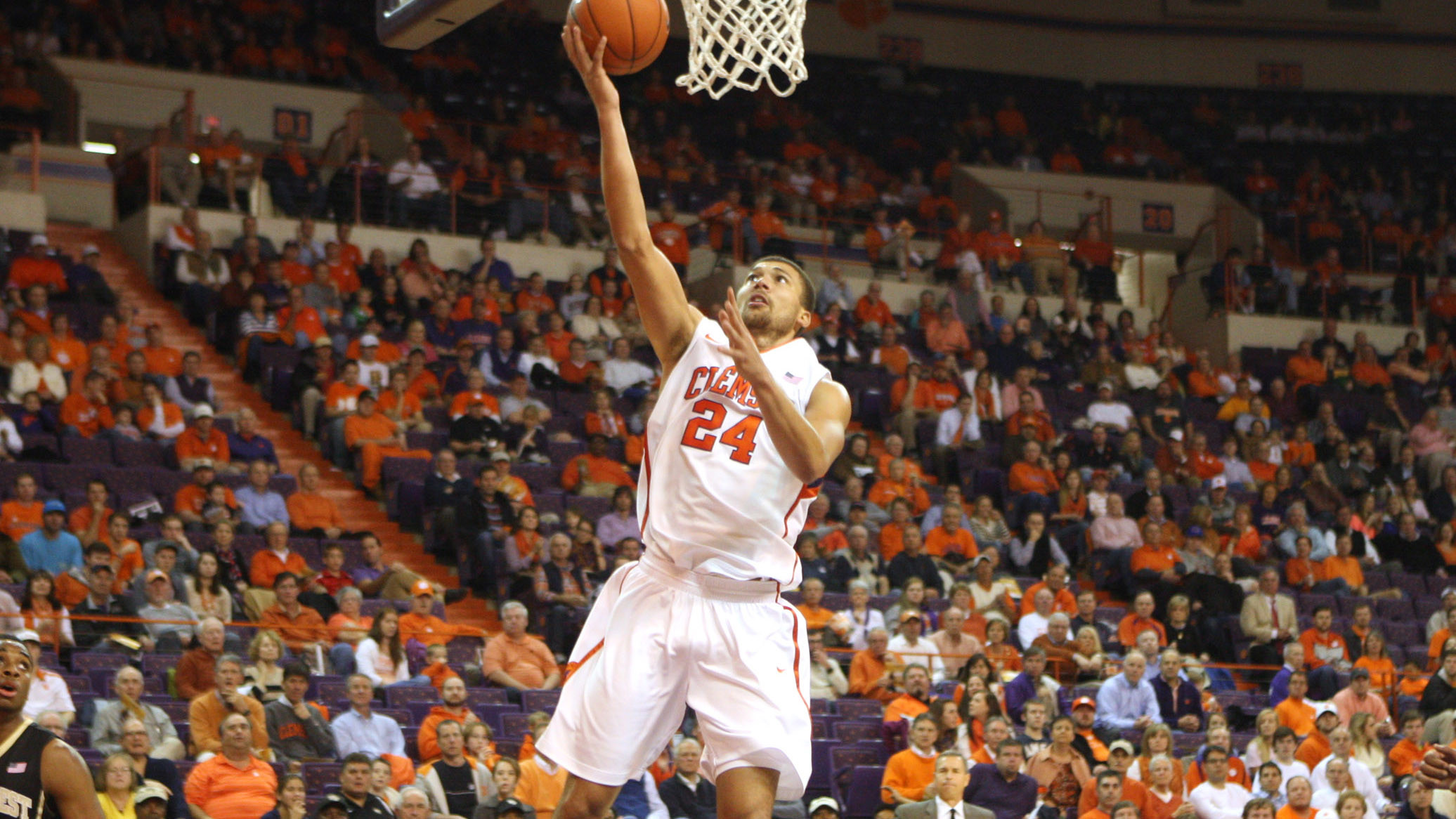 QUICK FACTS• Clemson will meet North Carolina for the 147th time on the men’s basketball hardwood Thursday. The Tar Heels hold a 126-20 all-time advantage in the series over the Tigers. North Carolina has won four straight and 14 of the last 15 between the two schools overall.• This will be the first meeting between the two at Clemson since 2010-11, Brad Brownell‘s first season with the Tigers. The Tar Heels won that game, 64-62, one of three narrow victories over Clemson that season.• Clemson last defeated North Carolina in 2009-10, when seniors Devin Booker and Milton Jennings were first-year freshmen. Booker’s older brother, Trevor, led the Tigers to an upset of 12th-ranked UNC that season with 21 points. Booker and Jennings combined to play 15 minutes. North Carolina senior Dexter Strickland had a Tar Heel-high 17 points as a freshman guard in that contest.• Jennings has played well against North Carolina throughout his career. He has averaged 9.6 points per game in five meetings with the Tar Heels, including a 16-point outing in the ACC Tournament as a sophomore in 2011.• Thursday’s matchup pits two contrasting styles against one another. North Carolina is 11th in the NCAA in scoring offense at 78.1 points per game, while Clemson is 22nd in the latest statistics for scoring defense, yielding just 58.6 per contest.• In 13 home games this season, Clemson has averaged 10.9 points more per game at Littlejohn Coliseum than it has in 10 road games. Also at home, Clemson allows just 55.7 points per game compared to 65.1 on the road.• Jordan Roper has averaged 12.3 points per game over Clemson’s last six contests, scoring double figures in four of the six. Roper has scored 36 points in Clemson’s last two home games, against NC State and Miami.• Adonis Filer is coming off one of his better performances in ACC play. The freshman guard out of Chicago, IL posted seven points and four assists, with zero turnovers, in 20 minutes of action at Maryland.• K.J. McDaniels has had at least one blocked shot in 16 straight games. You have to go back to 1993-94 to find the last Tiger to block at least one in 17 straight. Sharone Wright actually went 47 straight games with at least one blocked shot.