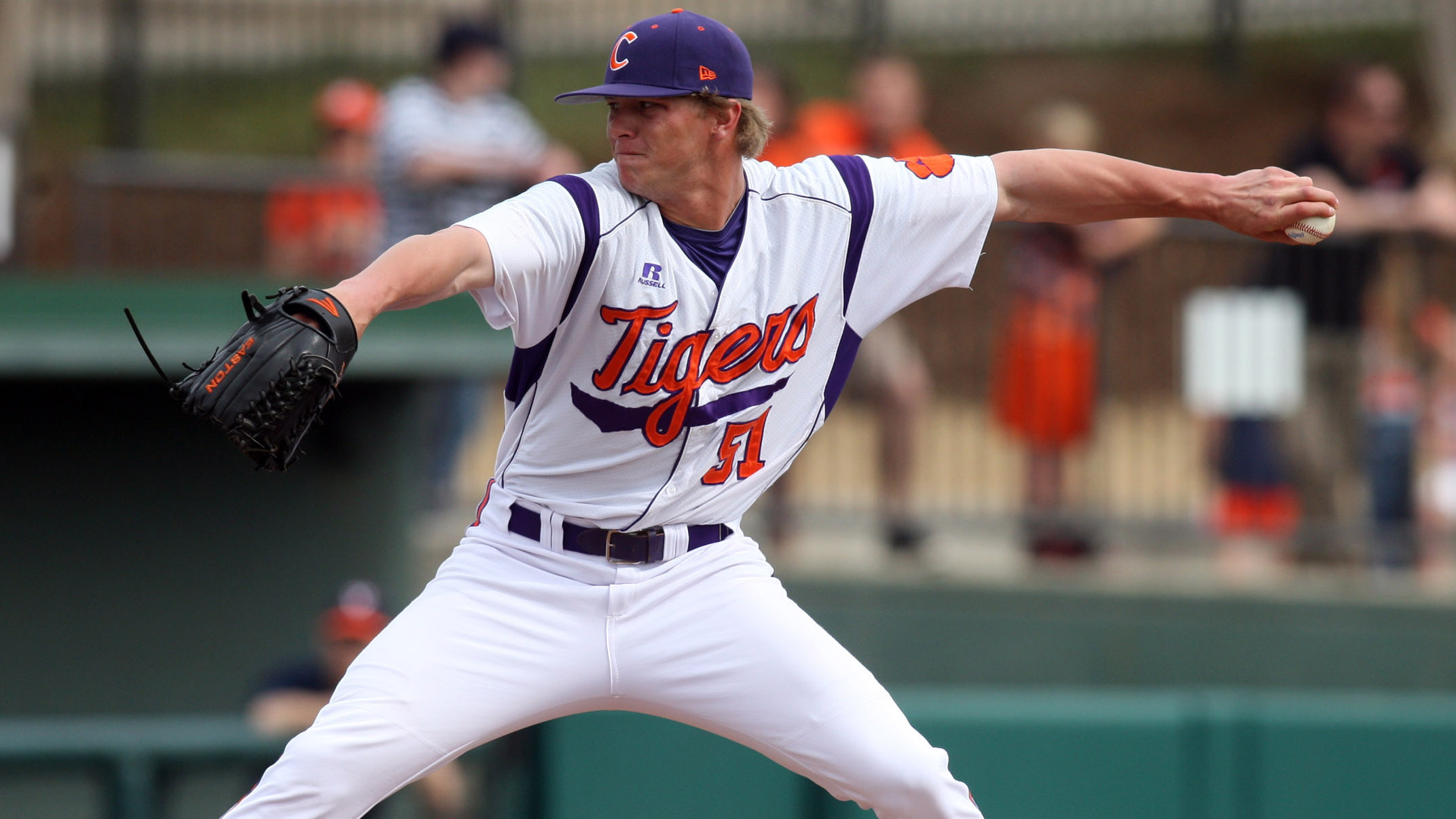 The previous four meetings took place away from Tigertown. Clemson won both games in 2004 at Greenville, NC, while the Tigers also defeated the Eagles twice in two games at Charleston, SC in 2003. Clemson has won 10 games in a row in the series dating to Georgia Southern’s 12-9 win in 10 innings at Doug Kingsmore Stadium on March 13, 2001.

The two teams played one of the longest doubleheaders in NCAA history on April 21, 1996. Against a Tiger team that went on to the College World Series, Georgia Southern defeated Clemson in both games of the doubleheader by scores of 8-6 and 9-7.

What made that day one for the history books was the fact that game-one lasted 10 innings and game-two lasted 18 innings. Therefore, the two teams played 28 innings in one day, as it took eight hours and 44 minutes to complete both games, not counting 31 minutes in between games.

Clemson and Georgia Southern have not played a three-game series over one weekend since 1989, when the Eagles swept the Tigers in Statesboro.

The Starting PitchersIn game-one, Georgia Southern will start senior righty Justin Hess (4-4, 3.79 ERA) on the mound. The Panama City, FL native has made 10 starts and nine relief appearances for a total of 73.2 innings pitched. He has allowed 82 hits (.280 opponents’ batting average) and 24 walks with 92 strikeouts.

The Tigers will counter with sophomore righty Daniel Gossett (7-3, 2.48 ERA) on Friday. The Lyman, SC native has made 12 starts for a total of 72.2 innings pitched. He has surrendered 62 hits (.224 opponents’ batting average) and 26 walks with 68 strikeouts.

In game-two, the Eagles will start freshman lefthander Jason Richman (4-3, 5.62 ERA) on the mound. The Alpharetta, GA native has made 12 starts for a total of 65.2 innings pitched. He has given up 86 hits (.320 opponents’ batting average) and 24 walks with 41 strikeouts.

Clemson will counter with freshman lefty Matthew Crownover (6-1, 2.14 ERA) on Saturday. The Ringgold, GA native has made 11 starts and one relief appearance for a total of 54.2 innings pitched. He has yielded 51 hits (.252 opponents’ batting average) and 13 walks with 31 strikeouts.

Both teams’ starting pitchers for game-three on Sunday have yet to be determined.

The EaglesGeorgia Southern, led by 14th-year Head Coach Rodney Hennon, who played two seasons (1990,91) under Head Coach Jack Leggett at Western Carolina, enters the series at #15 Clemson with a 25-23 overall record and 13-14 SoCon mark after losing two of three games against Furman at home last weekend. The Eagles are 9-10 on the road in 2013.

The pitching staff has a 5.31 ERA and .309 opponents’ batting average along with 373 strikeouts against 157 walks in 432.1 innings pitched. Senior righthander Justin Hess and sophomore righty Matt McCall both have four saves. Georgia Southern, who has allowed 53 steals in 72 attempts, is fielding at a .965 clip as well.

The TigersClemson, ranked as high as #15 in the nation, enters the series against Georgia Southern with a 34-15 overall record and 17-10 ACC mark after sweeping Furman in a doubleheader on the road on Wednesday. The Tigers, who are also coming off two wins in three games over Maryland at home last weekend, are 22-9 at home in 2013. Clemson has won 18 of its last 22 games overall and 12 of its last 16 ACC games as well.

Shane Kennedy leads the team in batting average (.315) and on-base percentage (.409) along with totaling four homers, 27 RBIs, and 16 steals. Steve Wilkerson is batting .308 with 14 doubles, while Garrett Boulware is hitting .298 with seven homers and 39 RBIs. Thomas Brittle has added a team-high 17 stolen bases as well.

The pitching staff has a 2.93 ERA and .260 opponents’ batting average in 445.0 innings pitched. The staff has allowed 154 walks against 316 strikeouts, good for a 2.05 strikeout-to-walk ratio. Junior righthander Matt Campbell has seven of the team’s 14 saves, while senior righty Scott Firth has four saves. The Tigers are fielding at a .970 clip as well.

Triller ThrillingFreshman outfielder Mike Triller (Rutland, VT) has had few opportonuties to make his mark in 2013. But when given the chance, he has done his part to contribute to Clemson’s success. In 14 games (one start), he is 5-for-12 (.417) with two doubles, three RBIs, and one steal.

Triller made his first career start near his home state at Boston College on April 7 and went 1-for-3. He also ended the game with a running catch down the left-field line in Clemson’s 1-0 victory that sealed the Tigers’ sweep of the series.