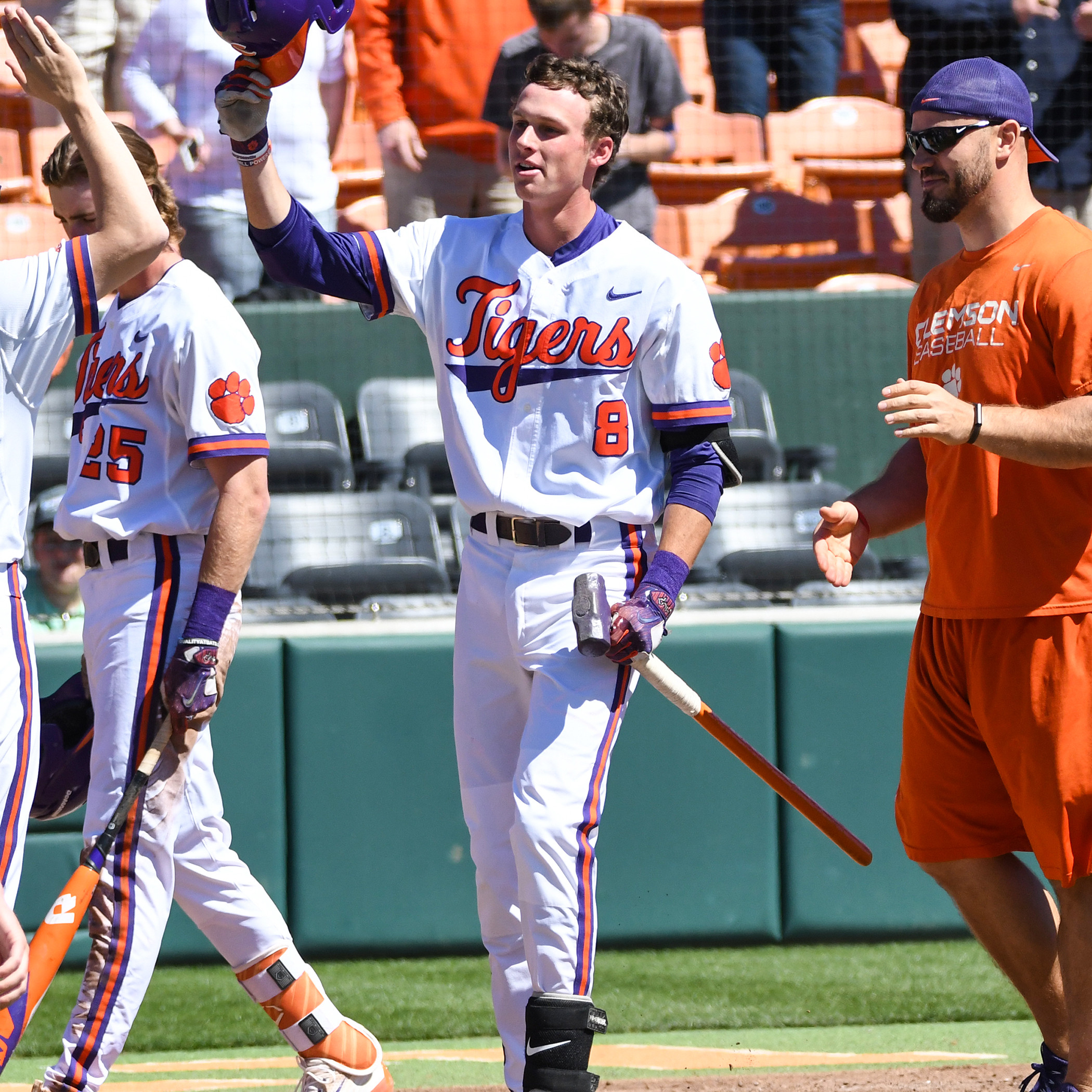 Tigers To Play BC in Kingston

The Tigers hit the road for their first weekend road series of the season when they face Boston College at Kingston, R.I.

CLEMSON OVERVIEW• Clemson beat College of Charleston 8-4 on the road on Tuesday night after winning two of three games against No. 11 Virginia last weekend.• The Tigers are averaging 6.3 runs per game and hitting .271 with a .387 on-base percentage and 21 stolen bases.• The pitching staff has a 2.95 ERA, .238 opponents’ batting average and 4.18 strikeout-to-walk ratio and Clemson is fielding .965.

BOSTON COLLEGE OVERVIEW• Boston College is led by seventh-year head coach Mike Gambino.• The Eagles defeated Northeastern 10-7 on the road on Tuesday. They are hitting .228 and have a 4.69 ERA and .966 fielding percentage.• Mitch Bigras is hitting .283 with a homer and 12 RBIs. He is one of nine Eagles with multiple stolen bases.

QUICK HITS• The series was originally scheduled to be played at Boston College, but it was moved to Kingston, R.I., due to field conditions.• The series marks Clemson’s first weekend series on the road in 2017.• Clemson has never played a game in the state of Rhode Island.

WILLIAMS REBOUNDS IN BIG WAY• Junior Chris Williams missed the first seven games of the season due to injury, but has rebounded and put up big offensive numbers.• He is hitting .356 with four doubles, five homers, 18 RBIs, eight runs and a .412 on-base percentage in 14 games (11 starts).• He has hit five home runs in the last six games.• He has a team-high .778 slugging percentage.• He has only allowed four stolen bases in eight attempts.• He earned ACC Player-of-the-Week honors on March 20 after going 8-for-19 (.421) with three homers, two doubles and 10 RBIs in five games.• He hit two home runs in Clemson’s 8-4 win at College of Charleston on March 21.• In his career, he is hitting .266 with nine doubles, a triple, 13 homers, 56 RBIs, 42 runs and two steals in 71 games (63 starts).