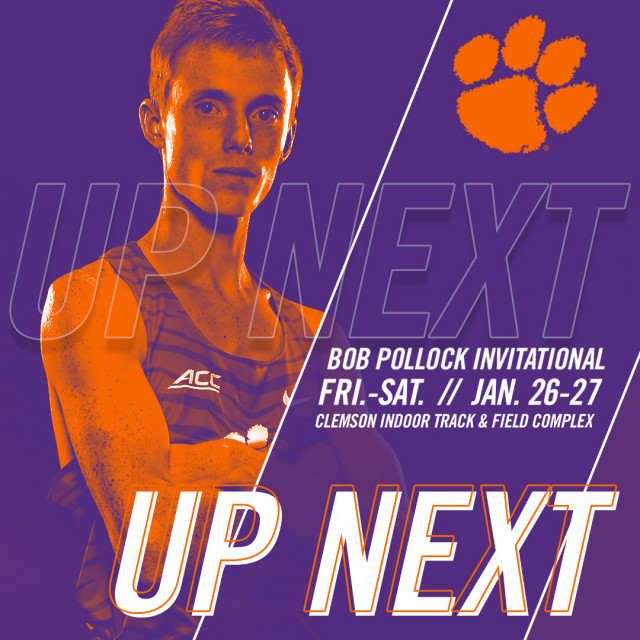 Clemson is coming off an impressive performance from the Clemson Invitational last weekend. The meet, which saw former Tennessee sprinter Christian Coleman break the world record in the men’s 60m dash, was also highlighted by eight top-three Tiger finishes. Sophomore Rebekah Smith also won the women’s 60m dash preliminary after achieving a career-best 7.26 seconds in the event. That mark put her at No. 3 in Clemson history and is the fourth-best time in the NCAA this season. Smith’s time in the 60m also earned her ACC weekly honors, marking the third consecutive week a Tiger has been recognized by the conference office.

Entering this weekend’s meet, Clemson owns a combined nine best times/marks in the ACC, and a combined six top-10 bests in the NCAA.

Live results for the Bob Pollock Invitational can be accessed on ClemsonTigers.com.