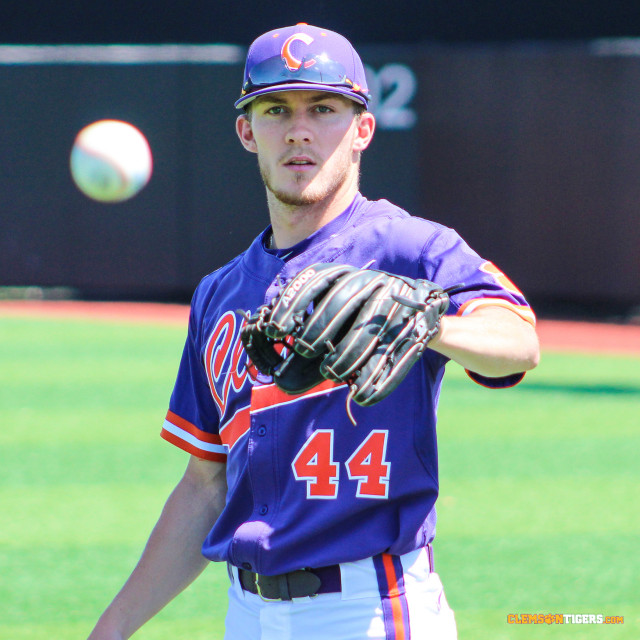 “We lost some of the most consistent and reliable pitchers from the 2017 team, including six who have moved on to the professional ranks,” said head coach Monte Lee, whose 86 wins the last two years are tied for 12th most in the nation. “But I believe we have some outstanding young arms who are ready to step up and fill those roles in 2018.”

Ryley Gilliam returns as one of the leaders of the pitching staff. As a closer in 2017, he was 3-1 with a 2.57 ERA and 50 strikeouts in 35.0 innings pitched. Clemson returns two preseason All-Americans in the field in Seth Beer and Chris Williams. Beer is a career .333 hitter with 34 homers and 123 RBIs in 125 games, while Williams has 22 homers and 89 RBIs in 106 career games.

“I’m extremely excited about our lineup coming back,” added Lee, whose Tigers were ranked No. 12 in the preseason by Baseball America. “We have an experienced infield with players who have been through the battles. However, we must replace Chase Pinder and Reed Rohlman in the outfield, players who were key to our success the past few years.”

The Tigers totaled 73 home runs in 2017, as the top three players (Beer, Williams, Logan Davidson) in terms of long balls are back in 2018. With several newcomers who exhibited power potential in the fall, Clemson is poised to reach at least 73 home runs for the third year in a row in 2018.

Although many key players have moved on to the professional level, the future is bright for the 2018 squad, as 11th-year assistant coach Bradley LeCroy and third-year pitching coach Andrew See helped bring in the No. 9 recruiting class in the nation according to Perfect Game. The Tigers also have one of the most experienced volunteer assistants in the nation in Greg Starbuck, who is in his third year at Clemson after 17 years as an assistant coach at Elon.