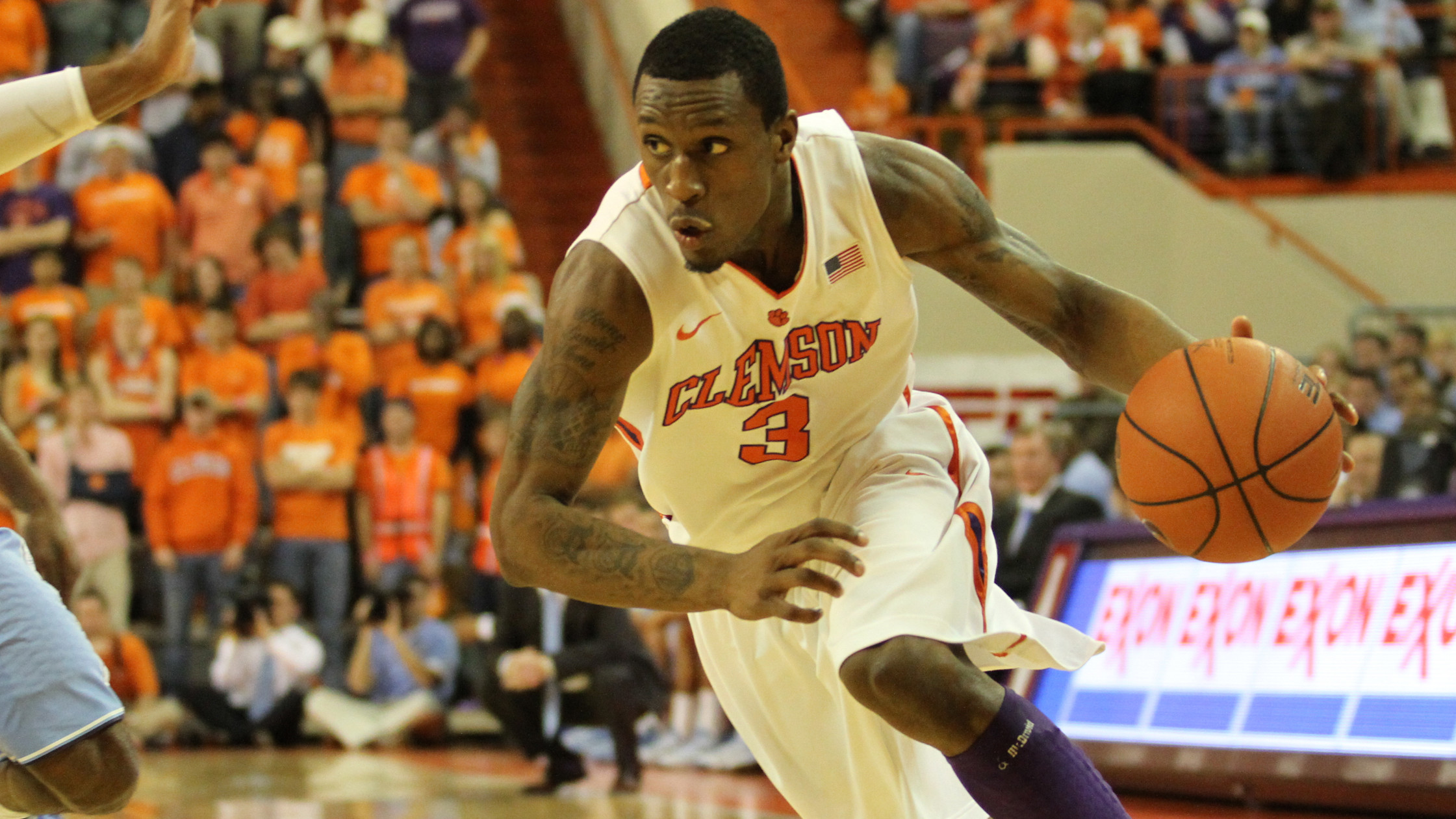 QUICK FACTS• Clemson and Virginia Tech square off for the second time this season, and for the 28th time in what has been one of the Tigers’ most closely contested series in history. Virginia Tech holds a 14-13 lead over Clemson and is 8-5 versus the Tigers in Blacksburg.• Eleven of the 14 games that have been played between Clemson and Virginia Tech since the Hokies entered the ACC in 2004-05 have been decided by five points or less. Clemson defeated Tech earlier this season at home, 77-70.• Saturday will be Virginia Tech’s Senior Night. Clemson won back-to-back games in Blacksburg in 2006 and 2007 on the Hokies’ Senior Night. In fact, the Tigers have a perfect 6-0 record when facing Virginia Tech on Senior Night (4-0 in Clemson) since the Hokies came into the ACC.• In the first game against Virginia Tech, Clemson got career highs out of both Milton Jennings (28) and Damarcus Harrison (19). Jennings made 16 free throws, the second-highest total in Clemson history for a single game.• Clemson broke a string of getting out-rebounded in three straight by winning the final margin over UNC, 39-30.• Devin Booker and Milton Jennings both produced double-doubles in Thursday’s game against North Carolina. Booker scored 25 points, the most by an individual Clemson player against North Carolina since Demontez Stitt scored the same amount in the 2011 ACC Tournament semifinals.• In conference games, Booker is second in the ACC in offensive rebounds per game (3.7), fourth in rebounds per game (8.5), fourth in field goal percentage (.513), eighth in blocks per game (1.5) and 11th in points per game (14.1).• Jennings has compiled 13 assists versus only four turnovers in Clemson’s last four games – a stretch of 135 minutes.• Jordan Roper has made multiple three-point goals in five consecutive games and has converted 12 out of 24 from long range (.500) during that same stretch.• Adonis Filer has scored 13 points and played a total of 48 minutes over Clemson’s last two games.• K.J. McDaniels suffered a sprained ankle prior to Thursday’s game against North Carolina and sat for the first time in his career because of an injury. Damarcus Harrison started in his place. McDaniels’ status for Saturday’s game is unknown.