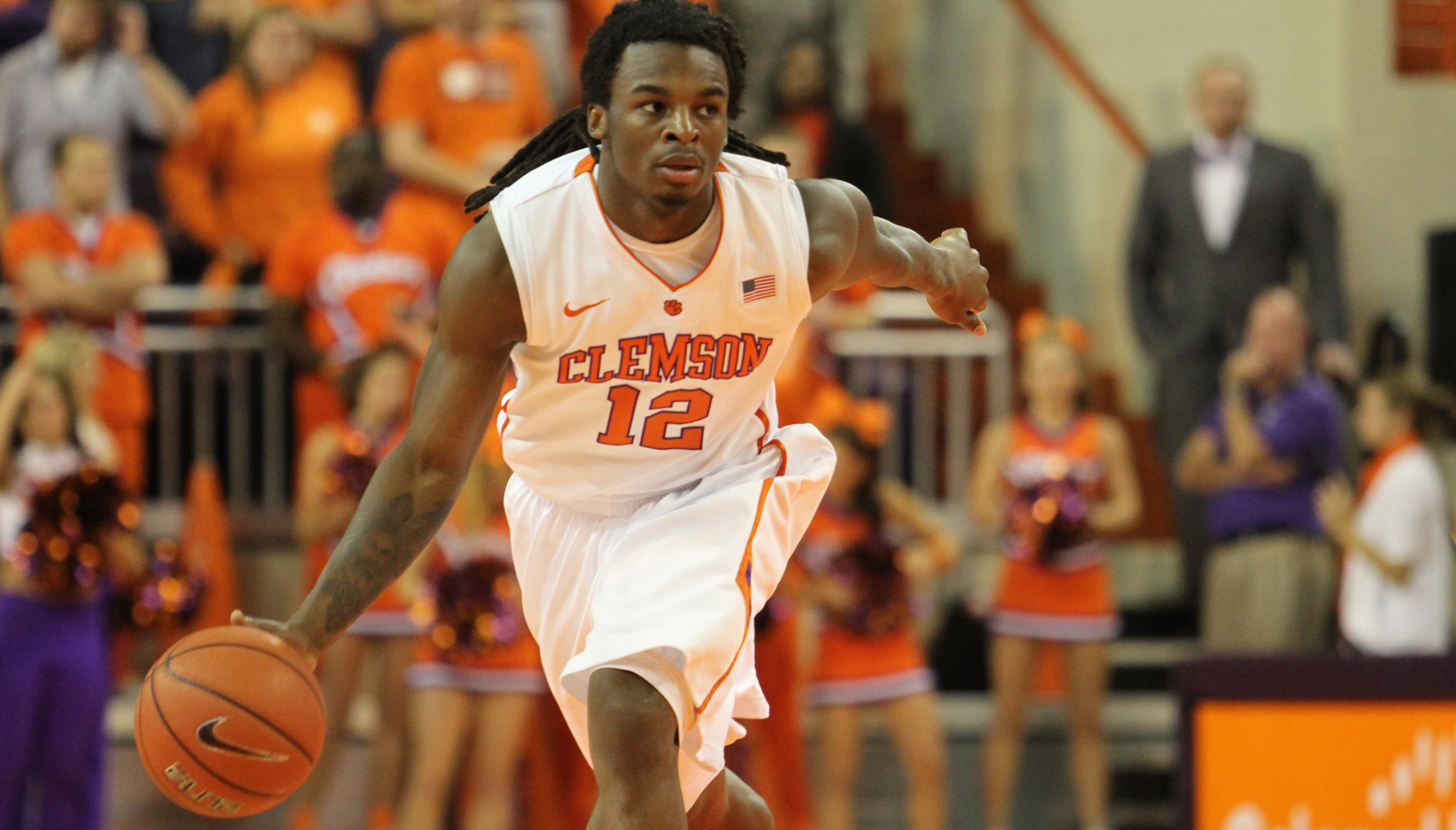 QUICK FACTS• Clemson and South Carolina will meet for the 163rd time on the hardwood on Sunday, with the Gamecocks holding an 88-74 edge in the series. South Carolina has won two straight after Clemson won six in a row from 2004-10.• Clemson is 3-1 in games played at Colonial Life Arena. In 2004-05, Cheyenne Moore hit a go-ahead three-pointer in overtime to lift the Tigers to victory. In 2006-07, James Mays scored 21 to lead Clemson in a 74-53 win. In 2008-09, Terrence Oglesby and K.C. Rivers combined for 45 points in a 98-87 triumph for Clemson.• Clemson is coming off a 73-61 loss to Purdue. The Tigers trailed by 20 at halftime, their largest deficit at the break under Head Coach Brad Brownell and largest in any game since trailing Duke at home by 21 in the 2006-07 season.• South Carolina, under the direction of first-year coach Frank Martin, is 5-2 on the season after falling to St. John’s on the road Thursday night. The Gamecocks have won two games in overtime and received a boost in their last game when Bruce Ellington returned to action following the completion of the football team’s regular season.• Clemson has four players from the Palmetto State, including freshman guard Jordan Roper, who is a native of Columbia. He was a two-time all-state selection at Irmo High School, leading the Yellow Jackets to a state title in 2011.• Devin Booker is coming off an 18-point performance and has led the Tigers in scoring in two straight games. Booker leads Clemson with an 11.7 points per game average and 7.5 rebounds per contest as well.• Clemson leads the Atlantic Coast Conference in turnover margin (+3.8) and assist-to-turnover ratio (1.3). The Tigers have committed the fewest turnovers per game as well at just 8.7 per contest.• Rod Hall leads the ACC early in the season with a 4.6 assist-to-turnover ratio, while classmate K.J. McDaniels is third with 1.8 blocked shots per game.• McDaniels has nine three-point baskets through six games, two more than he made the entire 2011-12 season.• Senior forward Milton Jennings, who was suspended for violation of team rules prior to Wednesday’s game against Purdue, will not play Sunday.